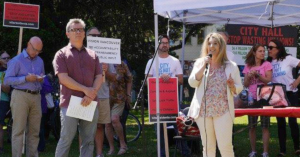 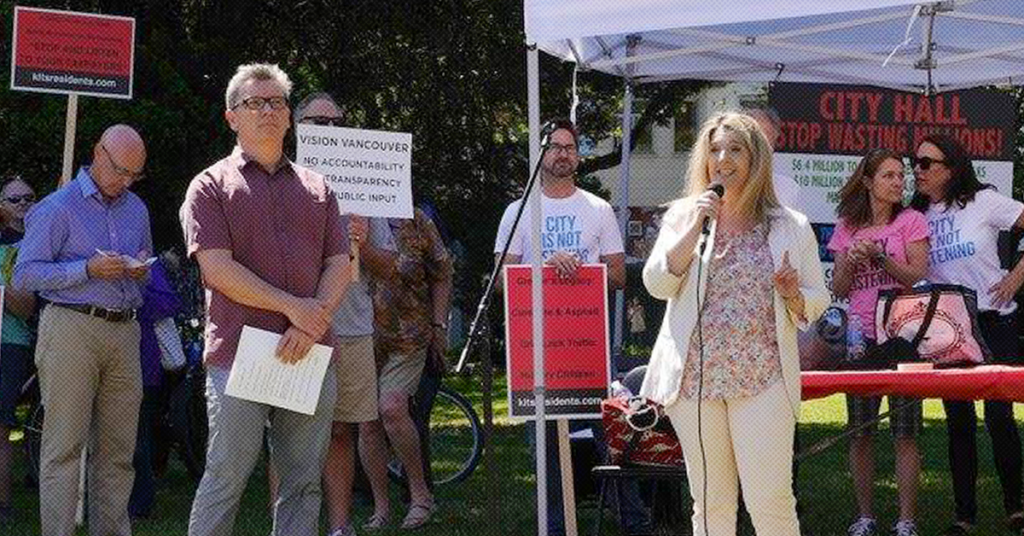 Why is an unregistered group with links to a right-wing Vancouver political party running ads attacking electoral reform?

Elections BC says it’s looking into an anti-tax group that has been running anonymous ads attacking electoral reform.

The group, which has links to a right-wing municipal party in Vancouver, was recently spotted running a sponsored Facebook post encouraging followers to vote against proportional representation in BC’s upcoming electoral reform referendum – except it looks like the group forgot to file some very important paperwork.

The Wake Up Vancouver Facebook page describes itself as an alliance of “concerned residents” fighting against what it calls the BC government’s “insatiable craving for your tax-paid savings” (BC’s provincial tax rates are among the lowest in Canada).

Last week, the page was caught running ads attacking electoral reform even though the group is not registered with Elections BC as an official supporter of the anti-reform campaign.

The sponsored post boosted an article critical of electoral reform in The Province, along with a link to a website called “fairreferendum.com”– an anti-electoral reform astroturf group bankrolled by millionaire lumber tycoon Jim Shepard, a former advisor to BC Liberal Premier Christy Clark. 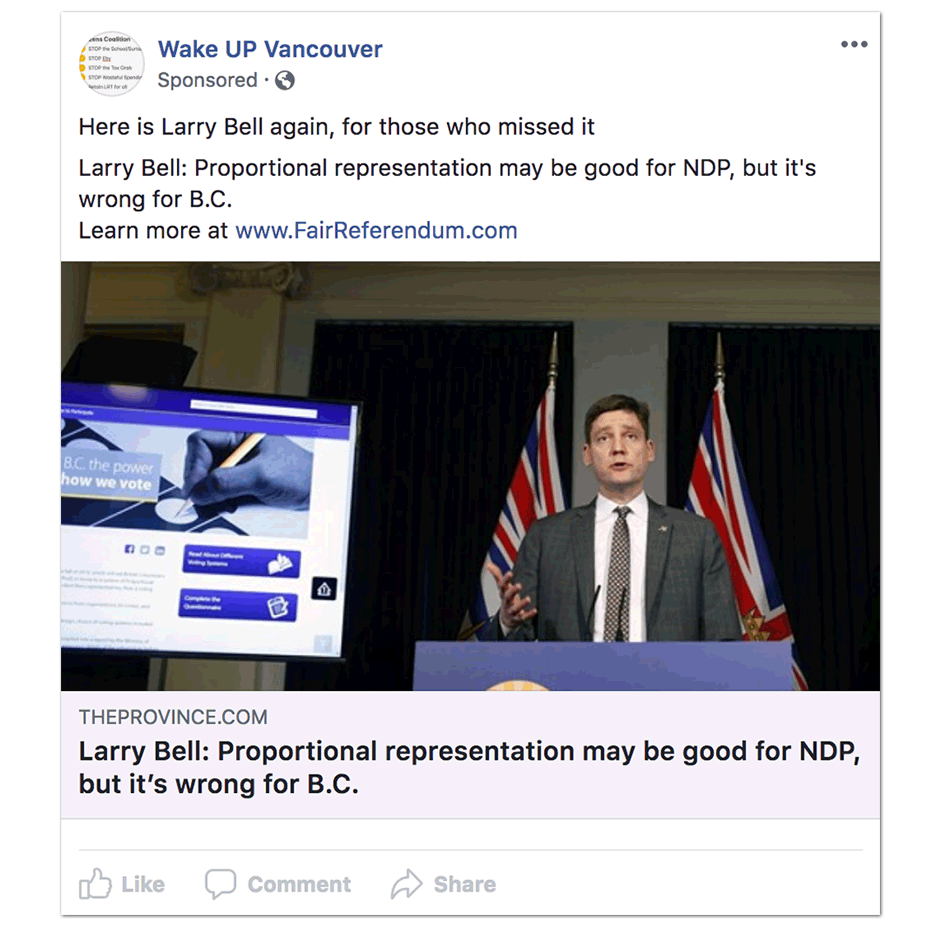 According to Elections BC, any group that provides financial support for advertising in the referendum campaign must be registered as an official third-party sponsor.

In response to questions raised by PressProgress, an Elections BC spokesperson confirmed officials are now “in the process of contacting Wake Up Vancouver to ensure their activities are in compliance with the Electoral Reform Referendum 2018 Act and its regulations.”

Elections BC told PressProgress they “take any potential violation of the rules seriously and will follow up on any complaints we receive.”

Although the group claims to demand “transparency and accountability,” it does not disclose any names or contact info in the about section of both its Facebook page and website. 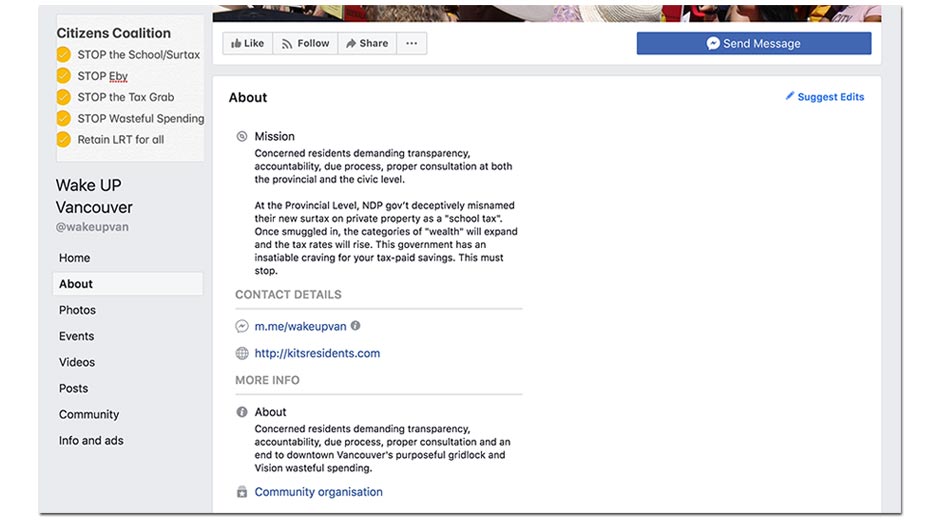 However, some digging through an archive on the group’s website reveals the group is run by two individuals by the name of Fiona Brodie and Mary Lavin.

Brodie and Lavin’s group says it has no affiliation with any civic political party, even though a previous incarnation of their group called “Concerned Kitsilano Residents” organized a rally MC’d by real estate developer Robert MacDonald, a major financial backer of Vancouver’s Non-Partisan Association, who made the biggest donation in Canadian history to the right-wing municipal party in 2011.

The group’s Facebook page indicates it changed its name from “Concerned Kitsilano Residents” to “Wake Up Vancouver” in November 2016.

Also at the rally were a handful of NPA councillors, including Elizabeth Ball, Melissa De Genova and George Affleck. 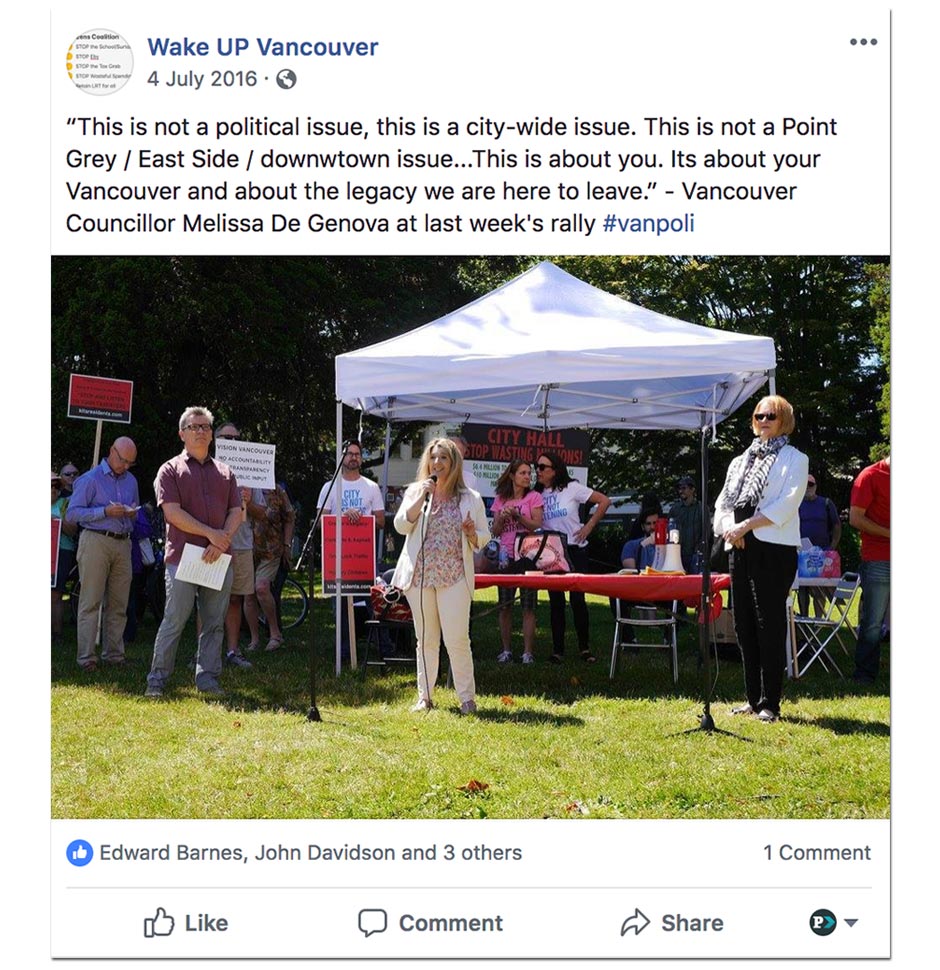 I am sending you this note because I want to talk to you about my friend and colleague, John Coupar. (You can learn more about him here: https://t.co/WaWEwDsoaa).

John and I have worked together on the NPA Caucus for seven years. We have… https://t.co/nRIpOWWwnQ

The NPA does not have an official position on BC’s electoral reform referendum, but some of its higher-profile members and leaders are listed as supporters and donors in the anti-electoral reform side’s initial financial disclosure report, including former NPA president Peter Armstrong and councillor George Affleck.

Wake UP Vancouver’s ad has been taken down, though it was followed by a series of other posts attacking electoral reform on the group’s Facebook and Twitter pages.

Do you UNDERSTAND Proportional Representation Referendum and what means? You will vote by mail ballot in October 2018.

Want to learn? Visit commentaries and studies on the Fraser Institute website https://t.co/kHWcydhEm6

Earlier this year, the group organized a rally protesting the BC government’s new taxes on luxury real estate, including a 0.2 to 0.4% school surtax increase on high-value properties in some of Vancouver’s wealthiest neighbourhoods.