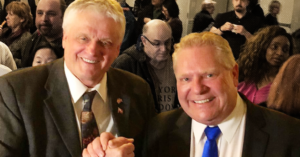 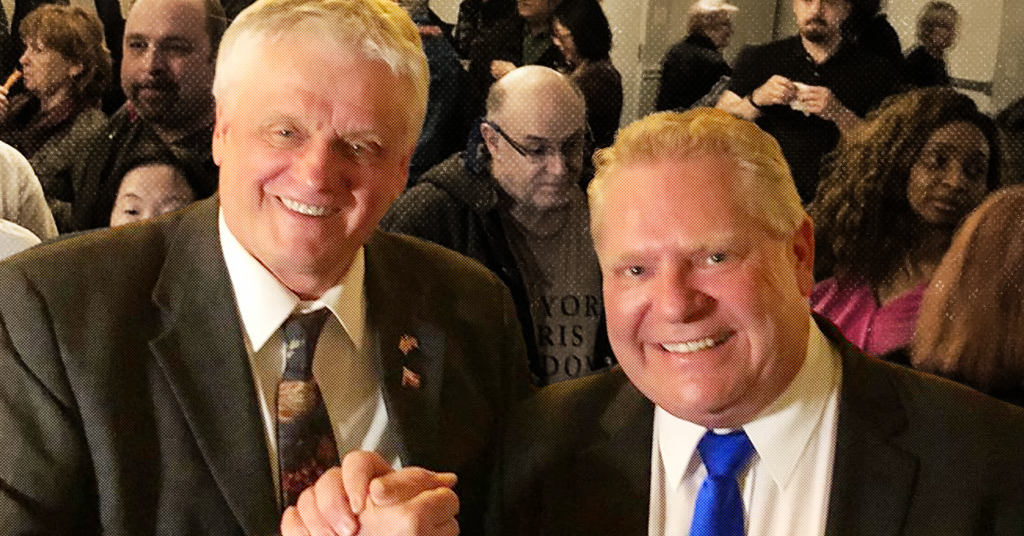 Doug Ford’s recent push to sell cheap beer in corner stores was only made possible thanks to the allied landing at Normandy, Ontario Progressive Conservative MPP Toby Barrett suggested in a tweet Wednesday.

The Parliamentary Assistant to Ontario’s Minister of Natural Resources and Forestry later deleted his tweet.

On the eve of the 75th anniversary of the the 1944 D-Day landings, an event that commemorates an attack on Nazi forces in northern France, Barrett used the sacrifice of 4,400 Allied troops to promote the Ford government’s beer policy.

“With June 6th being the being the 75th anniversary of D-Day,” tweeted Barrett, “I would like to say that we have the liberty to debate issues like beer in corner stores thanks to the sacrifice of thousands of brace Canadians who defended our freedom in battle.”

The deleted tweet was captured by QP Briefing’s David Haines, who observed the Tory MPP appeared to be using D-Day to “promote the Ontario government’s move to tear up a contract in order to introduce beer in convenience stores.”

Barrett deleted his tweet just under four hours after issuing it.

The Ford government scrapped a contractual agreement last week that set rules for beer sales until 2025, potentially allowing every grocery and convenience store in the province to sell beer.

Barrett’s comments drew a sharp backlash, with Twitter users accusing the Tory MPP of “dishonouring the sacrifice and memories” of veterans in order to “support some mindless legislation about beer” while another user criticized Barrett for “trivializing the sacrifices” on D-Day.

On the other hand, you’ve surpassed our expectations by dishonoring the sacrifice and memories of our Veterans to support some mindless legislation about beer. #shame.

It’s disappointing you invoked beer sales in a tweet about D-Day, trivializing the sacrifices made.

There’s a reason people were angry about it. Take some damned responsibility for your words.

Rewatching Band of Brothers, crying tears as I salute Donnie Wahlberg and the boys for defeating Hitler so that my generation could finish the job by taking down Molson, AB InBev and Sapporo. pic.twitter.com/c2yMhNnp5V

After deleting the tweet, Barrett offered no apology, claiming critics “misconstrued” his remarks.

The Tory MPP also reiterated his belief that veterans sacrificed their lives so to give Ontarians the “liberty to debate issues big and small.”

It’s disappointing that people misconstrued my Tweet about having the liberty to debate issues big and small thanks to the sacrifices of our veterans.