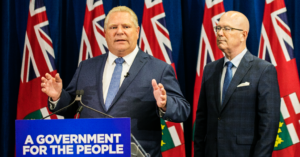 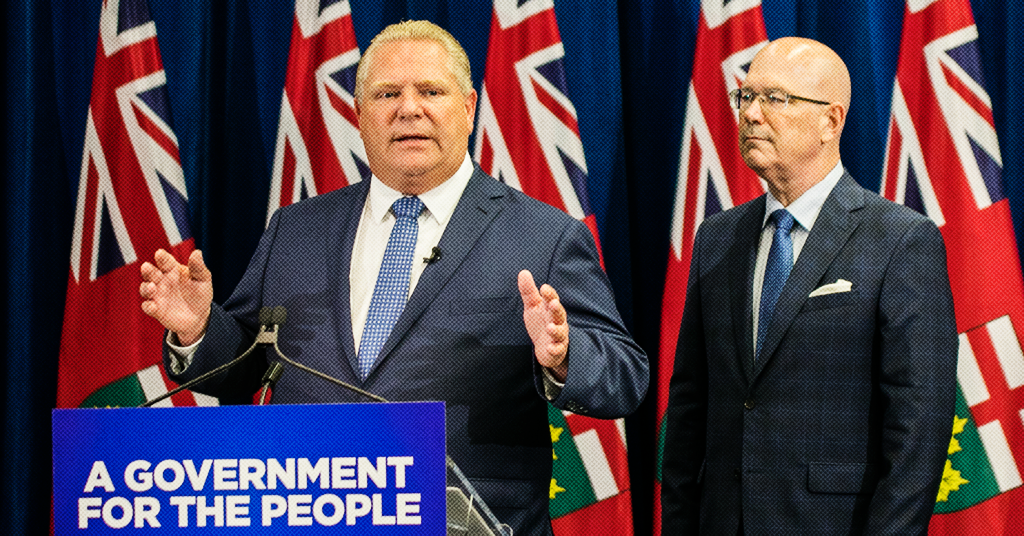 Housing advocates recently expressed worry after the Ford government cancelled a plan for 800 units of affordable housing in the GTA. But the most-recent budget estimates suggest this is just the start of the attacks on provincial housing supports.

“The objectives of this program are to: deliver on the government’s commitments on community housing, homelessness and market housing; create a regulatory framework that protects tenants and landlords and encourages maintenance and investment in new rental housing; and, support municipalities, housing providers and other external stakeholders, to help them meet their housing responsibilities. To meet its objectives, the program provides a full range of services: policy development, program design and delivery, complaints resolution and enforcement, and funding housing programs.”

Meanwhile, the government also estimated a significant reduction in rent supports. The estimates earmark, under the tab “Investment in Affordable Housing – Rent Supports – Provincial” an expenditure of $21,990,000. That’s down $39,560,000 from the $61,550,000 estimate earmarked the previous year.

Bahar Shadpour, Communications Coordinator for the Advocacy Centre for Tenants Ontario told PressProgress “the rent support program is a rental subsidy for low income people in Ontario.” Though, it’s  not yet clear what concrete effect the cut will have, the provincial expenditure “does provide money to low-income people to help cover their rent.”

PressProgress asked the ministry if any studies were conducted pertaining to the potential impacts of the cuts to rent support and anti-homelessness programs.

Julie O’Driscoll, the minister’s spokesperson said “Municipal Affairs and Housing has found administrative efficiencies that were wasting taxpayer dollars. We will provide high-quality supports without the high price tag attached.”

“Ontario’s 47 Service managers are the local officials responsible for homelessness programs,” O’Driscoll said. “They have the flexibility to determine how to use funding for programs and services that help people experiencing homelessness find housing and help people at risk of homelessness remain housed.”

“It’s a matter of semantics if you say it’s not a cut, it’s just lower expenditure than last year,” Sutherland told PressProgress. “We plan based on the previous year’s funding.”