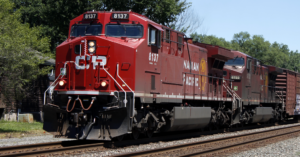 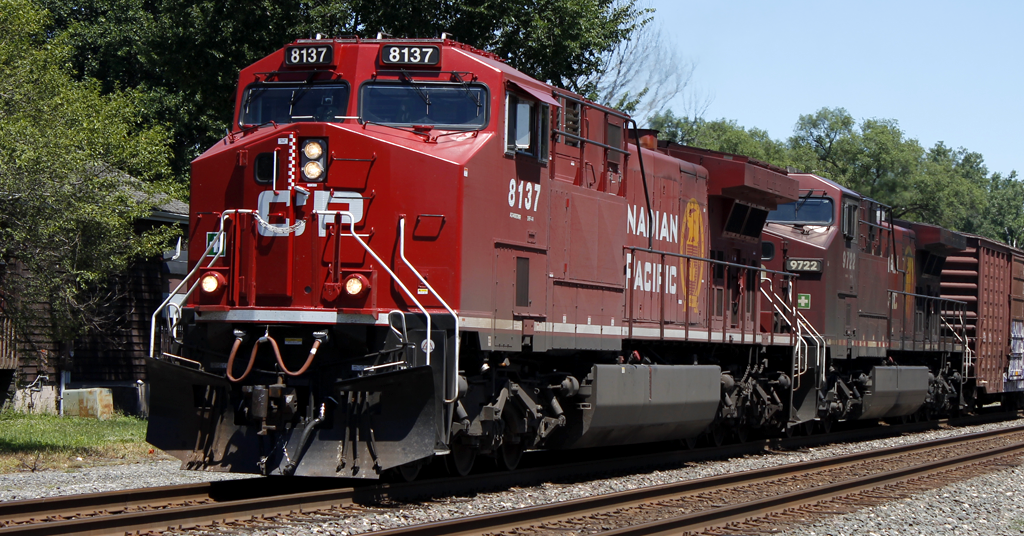 The union representing 3,000 CP Rail workers is ‘flabbergasted’ by the company’s notice to lock them out on March 20 if they cannot reach an agreement.

“We are still in the middle of a pandemic, it’s not over. We’ve got inflation, we’ve got what’s going on in Ukraine, we’ve got the economy of Canada recovering from the pandemic,” Lacroix added. “There’s a lot of people who need the the the rail sector to be up and running.”

The Teamsters had voted 96.7% in favour of a strike on March 4, but said they were willing to negotiate well past the March 16 strike deadline to avoid a service disruption.

“We were negotiating, and we were willing to keep negotiating for as long as we could,” Lacroix said.

CP Rail stated in a press release that despite negotiations and working with federal mediators, their positions “remain far apart” and has offered to enter into binding arbitration. CP Rail also protested the Teamster’s “onerous” pension requests and “additional work rule demands.”

Work rules are a set of rules negotiated between a union and management that specify which tasks are done by which employees.

Teamsters workers have been squeezed throughout the last decade as former CP Rail CEO Hunter Harrison slashed thousands of jobs to increase efficiency and profits. Between 2012 and 2016, CP Rail eliminated 4,500 positions – 23% of the company’s overall workforce – and increased the length and speed of its trains. This meant fewer crews on fewer trains running faster with heavier loads.

In 2017, new CEO Keith Creel acknowledged he faced “deep employee unhappiness” as a result of the cuts.

Teamsters at CP Rail went on strike in 2015 and 2018 to address worker fatigue. Lacroix says many of their concerns are longstanding.

“It’s always the same thing from one negotiation to another,” Lacroix said.

“They want to spend time with their family, they want to work, but they don’t want to work all the time. So it’s a really difficult situation. There’s a workers shortage in this industry and it keeps getting worse.”

“At the end of the day, CP Rail and maybe other rail companies, they will have a lot of difficulty recruiting new workers, because people don’t want to work in those working conditions.”

“There’s issues that could lead them to injuries, to exhaustion, to death, to a lot of issues, a lot of mental and physical issues — and it has to be addressed.”

In 2019, three Teamsters members, Andy Dockrell, Dylan Paradis and Daniel Waldenberger-Bulmer, died in an accident resulting from a long string of CP Rail safety failures, according to a CBC Fifth Estate investigation. An RCMP criminal investigation into CP Rail is currently underway.

“Without the 3,000 members of Teamsters Canada Rail Conference, CP cannot operate efficiently,” Lacroix added. “There’s a lot of managers who could maybe run the train, but it’s not enough. They won’t be able to run that many trains.”

“Let’s hope that within 72 hours we’ll find an agreement, and we’ll be able to solve all the issues,” Lacroix said. “But right now, I’m not very optimistic about that.”