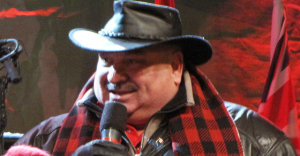 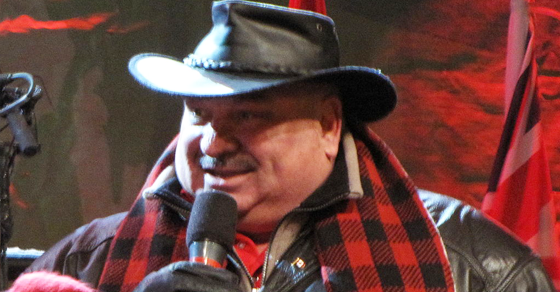 Conservative MP won’t participate in debate because debates are “obsolete”

Can you guess why Bruce-Grey-Owen Sound voters won't be hearing from Conservative MP Larry Miller at their all-candidates debates this election year?

Can you guess why Bruce-Grey-Owen Sound voters won’t be hearing from Conservative MP Larry Miller at their all-candidates debates this election year?

(a) Because he’s scared someone will remind voters about his opinions on immigration?
(b) Because he’s worried about explaining the science behind his questionable views on endangered species?
(c) Or does he just think debates as a part of democratic elections are “obsolete?”

Did you answer (c)? Because if you did, way to go! You’re right!

Here’s Miller explaining in a recent letter to the editor why he’s declining an all-candidates debate organized by the Owen Sound and District Chamber of Commerce:

“All-candidates meetings, in their present format, are obsolete.”

So why does Miller feel that way? Because “95% of the people in attendance already know who they will be voting for,” Miller said. “They are only attending to cheer louder than the supporters of other parties or embarrass another candidate with planted questions.”

So what format would Miller be cool with? According to Miller, he wants to replace debates with a “meet and greet” that sounds a lot like a job fair — as he later described to Bayshore Broadcasting, “we all go to a corner and people come up and ask each and every one of us the same question if they want”:

“You can stand in line if you have a question for the NDP, or the Conservative Party or the Liberals or whatever, you can go and ask and get that answer,” Miller elaborated Sunday to the Owen Sound Sun-Times.

Another idea Miller brainstormed is a scenario where each candidate holds their own separate town hall:

“What you could do as an alternate to get out to voters that night would be to go and have a small town hall forum … Each candidate could do their own (town hall forum) and you might get 50 people out to it, so you have got out to a lot more people.”

According to the Sun-Times, Miller acknowledges his suggested formats rule out the possibility of candidates ever speaking directly to one another or challenging each other’s positions.