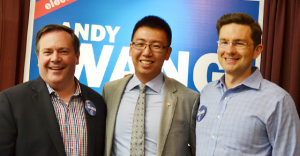 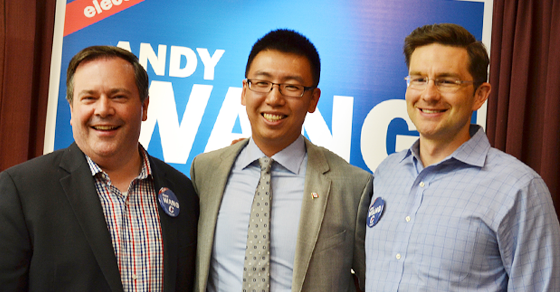 A 27-year old Conservative candidate whose job since graduating university has been working as the assistant to jobs minister Pierre Poilievre said this about youth unemployment.

A 27-year old Conservative candidate whose job since graduating university has been working as employment minister Pierre Poilievre’s assistant says his solution to Canada’s youth unemployment problem is convincing more young people to take up volunteering to gain experience.

Andy Wang, the Conservative candidate for the Ottawa-area riding of Nepean was responding to a question about “student debt, high education prices and youth unemployment” at a local all candidates debate last week.

“I volunteered when no viable jobs were around,” Wang said. “As a future parliamentarian, my goal is to encourage youth to go out there and get some training, get the experience you need, that’s how you get a job.”


Wang’s response echoes Bank of Canada Governor Stephen Poloz’s controversial advice that youth should “volunteer” to “get some real-life experience … even if it’s for free.”

Wang said “there were no jobs around” when he graduated university in 2009 at “the height of the recession,” but after he “waited around for a bit” he realized “I can’t just sit here and do nothing. My hand’s not busy.”

Wang says he was inspired to get involved in politics when Poilievre knocked on his door one day in 2004.

Canadians under the age of 25 lost over half of all jobs during the recession with low-skilled and precarious work replacing jobs lost in the wake of Canada’s declining manufacturing sector.

Rather than increase funding to youth employment programs to address the rise in youth unemployment, the Harper government has left existing programs smaller than they were a decade ago. Meanwhile, the minimum wage hasn’t grown since 1975, something that disproportionately impacts young workers.