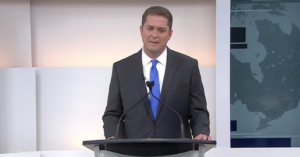 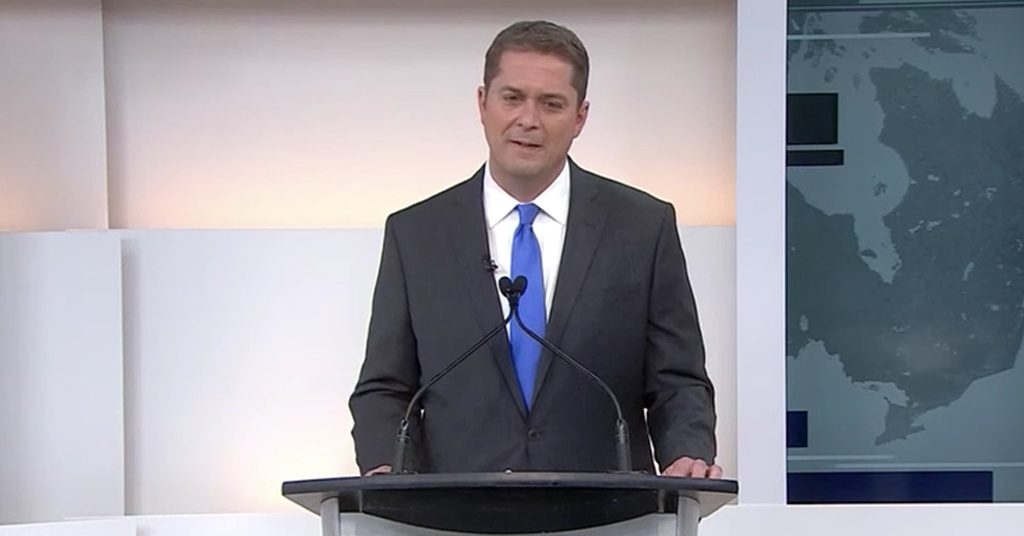 During the first leaders’ debate of the 2019 federal Election Thursday night, Scheer was repeatedly pressed by NDP leader Jagmeet Singh to take a firm position against the Trump administration’s racist and draconian anti-immigration policies.

“Mr. Scheer seems to be willing to do whatever it takes to support or continue Tump’s policies,” said Singh. “That to me does not show strength.”

Pointing to Trump’s orders “stripping kids from the arms of their parents” and locking them up in detention camps along the US-Mexico border, Singh suggested both Scheer and Trudeau need to show no moral ambiguity and “call that out for what it is.”

“The fact Mr. Scheer stands here today and is not willing to condemn Mr. Trump for his horrible treatment of other human beings, other fellow brothers and sisters, is another example of how he is no stronger than Mr. Trudeau.”

Scheer’s response? He dodged the question and changed the subject.

It’s unclear if Scheer’s refusal to condemn Trump has to do with any ideological sympathies for Trump or if he simply wants to avoid alienating some parts of the Conservative base.

But in a 2016 speech at the Manning Centre Conference, Scheer praised key figures in the US Tea Party movement, including Ted Cruz and Marco Rubio, as “strong conservative voices.”

Previously, Scheer sheepishly admitted that dealing with Trump could be an “interesting challenge.”