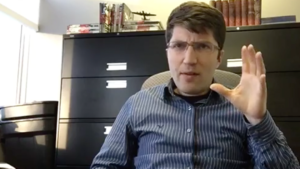 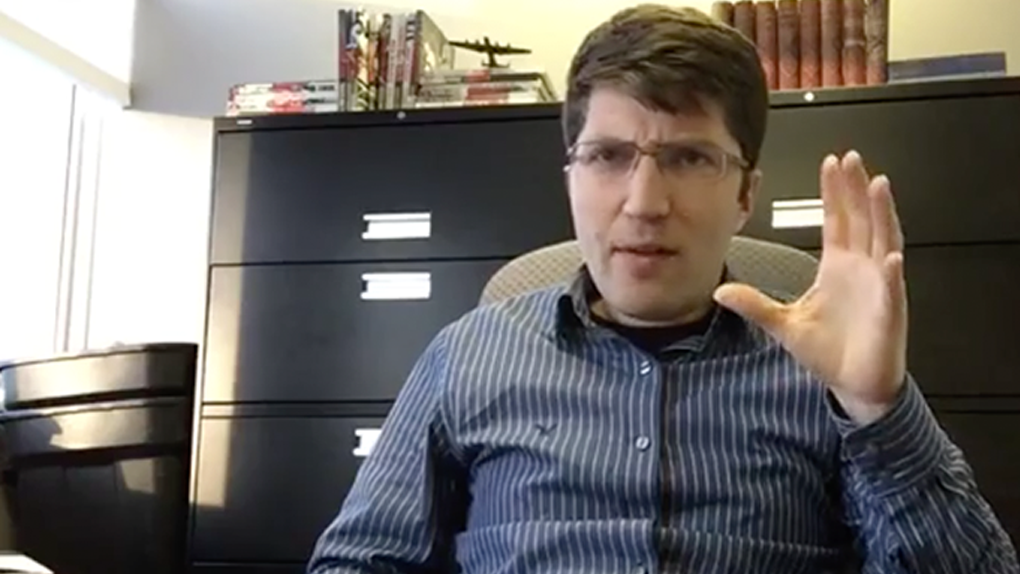 CitizenGo has close ties to global far-right, anti-LGBTQ groups based in Spain, Russia and Hungary

Multiple candidates for Erin O’Toole’s Conservatives have been promoting petitions through an online platform run by a far-right organization based in Spain that appears to collect and share personal data for “international” purposes.

CitizenGo, a Madrid-based organization, describes itself as an “online petition platform” that uses “petitions and action alerts as a resource to defend and promote life, family and liberty.”

The group has close ties with the Spanish far-right political party Vox, which is a socially conservative and xenophobic party that compares its rise to the Spanish Inquisition and proposes to “make Spain great again” – the party is seen by many to channel nostalgia for Francisco Franco’s fascists.

CitizenGo has shared petitions that range from calls to ban pornography and end abortion rights to calls to “shut down Teen Vogue,” “boycott Sesame Street” and “stop LGBT indoctrination at Disneyland.” 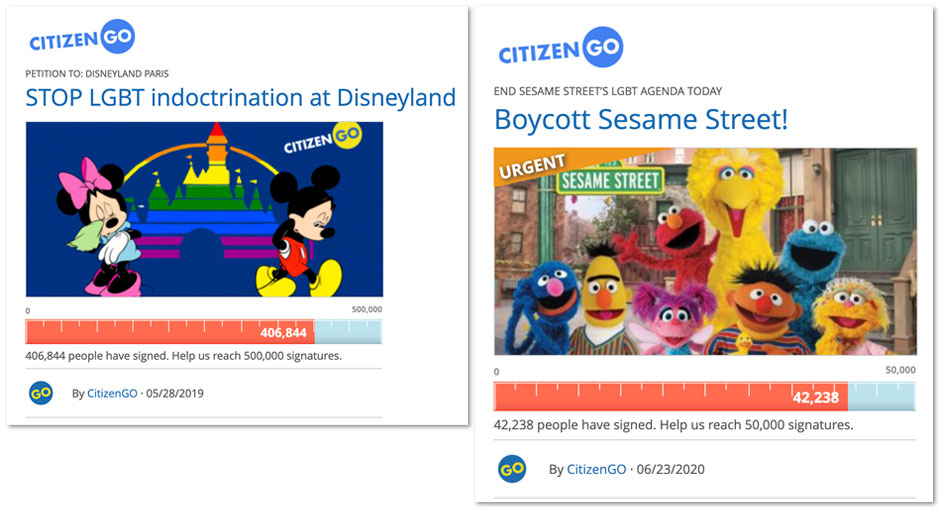 Sherwood Park – Fort Saskatchewan Conservative candidate Garnett Genuis is one of the Conservative incumbents who has promoted the group’s petitions.

One petition in 2019 that claimed Liberal democratic institutions Minister Karina Gould “wants the UN to regulate the internet.” 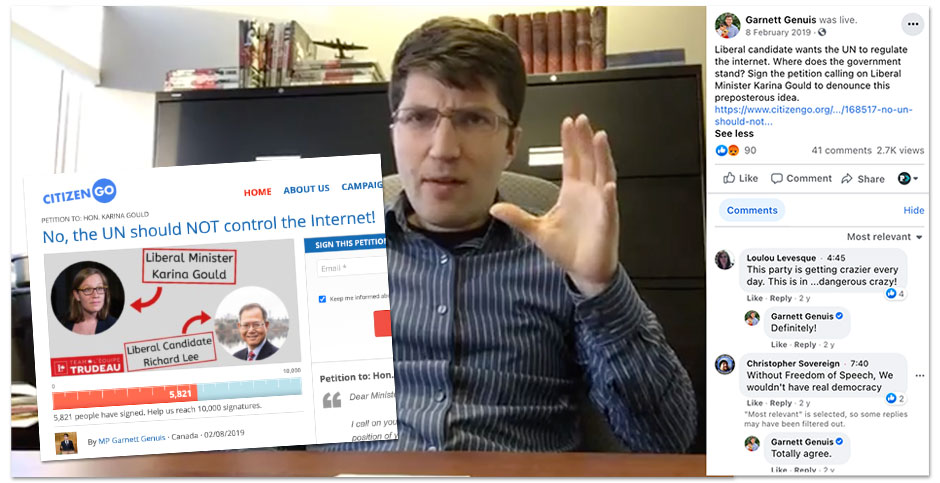 Back in March 2018, CitizenGO met with the parliamentary “pro-life caucus” with the help of Conservative candidate Arnold Viersen, who “expertly co-ordinated” the meeting. A CitizenGO press release stated:

During the week, we were able to have one-on-one meetings with various MPs – Cathay Wagantall, Garnett Genuis, David Anderson, and Harold Albrecht. We also met with the staff of MP Ted Falk.”

Neither Genuis nor Viersen responded to requests for comment from PressProgress.

CitizenGO, which operates in Spain under the name HazteOir.org, has other connections to top figures in the global far-right and anti-LGBTQ movement.

CitizenGo’s board of directors includes Brian Brown of the World Congress of Families. In 2019, the WCF organized a large anti-gay and anti-abortion march in northern Italy featuring Matteo Salvini of Italy’s far-right Lega Party. Brown and The WCF, according to the Southern Poverty Law Centre, also have close ties to the Russian Orthodox Church and to Russia’s neo-monarchist far-right.

CitizenGO CEO Ignacio Arsuaga is also a director of the Political Network For Values, a Hungarian anti-LGBTQ think tank linked to Viktor Orbán’s far-right Fidesz party, as well as a supporter of Spain’s far-right.

As PressProgress previously reported, Genuis was a speaker at a 2019 conference organized by the Fidesz-affiliated think tank where he praised Orbán’s socially conservative policies.

Another CitizenGo board member, Alexey Komov, is the Russian representative of the World Congress of Families.

Komov is described as the “right-hand man” of sanctioned Russian oligarch Konstantin Malofeev, who was placed on Canada’s list of sanctioned individuals by the Harper government in 2014 for funding secessionist groups in Eastern Ukraine.

Last month, Wikileaks and a consortium of journalistic partners published a trove of internal CitizenGo documents that shed further light on connections between HazteOir and Vox.

According to Público, one document shows CitizenGo wrote to Malofeev in 2013 requesting 100,000 Euros in seed money.

Other documents provide insights into the group’s activities and data collection strategies, including CitizenGo’s special interest in “big data.” Slides show that CitizenGo collects demographic and behavioural data on users who sign petitions, and use this data to score and segment users for targeted messaging.

It explains in the “recipients of personal data” section of the policy:

“Your personal data may be disclosed to the following entities or persons, who may use it for their own purposes … HazteOir.org, with its registered office in Paseo de La Habana 200, 28036, Madrid, España and CIF number G8306840, for the purpose of being able to keep you informed about their campaigns for life, family and liberty.”

Neither CitzenGO nor the Conservative Party of Canada responded to requests for comment from PressProgress.