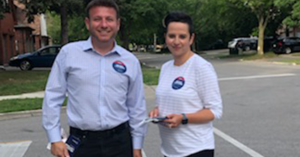 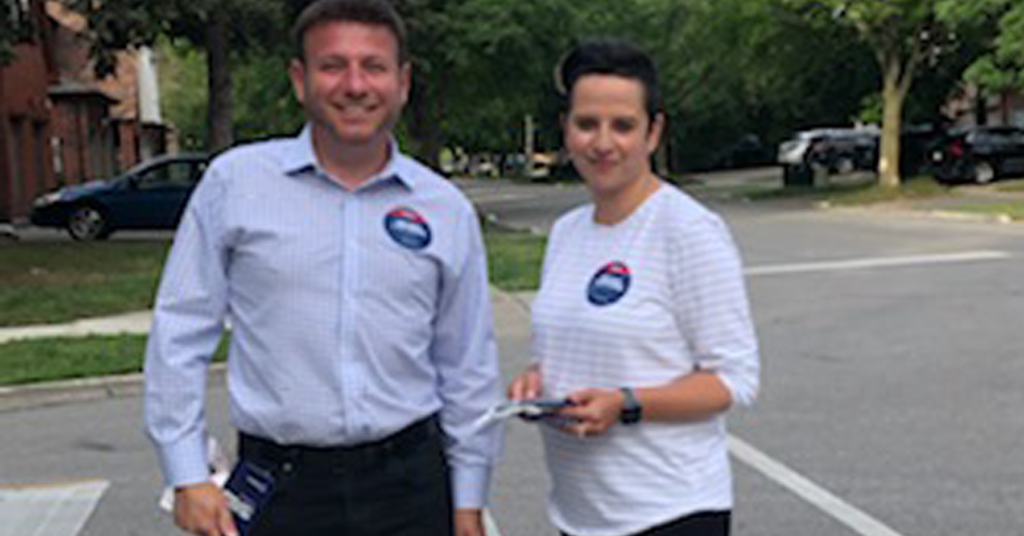 One of Erin O’Toole’s star candidates for the upcoming federal election says she has no regrets after doorknocking with a provincial politician who was kicked out of Doug Ford’s caucus earlier this year for condemning COVID-19 lockdowns.

Melissa Lantsman, O’Toole’s Conservative candidate in Thornhill, is a corporate lobbyist with deep ties to the federal Conservatives and provincial PCs, serving as Doug Ford’s war room director and main spokesperson during the 2018 Ontario election.

In a glowing Toronto Star profile a few months ago, Lantsman was portrayed as the face of “generational change” as O’Toole seeks to rebrand the Conservative Party of Canada as a modern and moderate party of the 21st century.

“Erin O’Toole is fond of saying he wants every Canadian to see a ‘Conservative in the mirror’,” The Star noted in its profile of Lantsman.

But a photo of Lantsman doorknocking with Roman Baber, who has made controversial statements about COVID-19 and lockdowns, might be an unsettling image for some Canadians to see gazing back at them in a mirror.

“Melissa will make a terrific Member of Parliament for Thornhill.”

Great response for @MelissaLantsman at the doors this evening. Melissa will make a terrific Member of Parliament for Thornhill. #cdnpoli #onpoli pic.twitter.com/riiYhHcu6c

In January, Baber tweeted that “lockdowns are deadlier than Covid” and wrote an open letter to Premier Ford claiming that “the fear of Covid is exaggerated” and declaring: “The medicine is killing the patient.”

Ford added that “by spreading misinformation, (Baber) is undermining the tireless efforts of our frontline health care workers at this critical time, and he is putting people at risk.”

Lockdowns are deadlier than Covid. I wrote a respectful letter to Premier Ford, asking to end the Lockdown. Look @ the data -the virus is real but the crisis is mostly in LTC. Let’s focus on LTC & hospital capacity, but ending the Lockdown is best for our health.#onpoli #cdnpoli pic.twitter.com/IIuvB7OXQo

In a statement to PressProgress, Lantsman said she was “delighted that (Baber) took time from his busy schedule as an MPP to help us out.”

“Roman is a friend, a former Thornhill resident and a long-time supporter of the federal Conservative Party of Canada.”

Lantsman did not directly address questions about whether she was concerned that groups with extreme views on COVID-19 and lockdowns could interpret her association with Baber as signaling support for fringe views, but instead used the opportunity to highlight her support for easing pandemic restrictions.

“I’ve been clear that our focus has to be on a safe reopening of our economy and ensuring that anyone who wants a vaccine can get one so we can focus on the future,” Lantsman told PressProgress.

“I’ve been vocal in demanding the federal government reopen the border, put an end to the COVID hotels and change the quarantine requirements for those who have been vaccinated and test negative for COVID-19.”

Baber did not respond to multiple requests for comment from PressProgress.