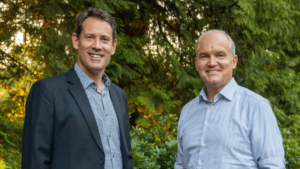 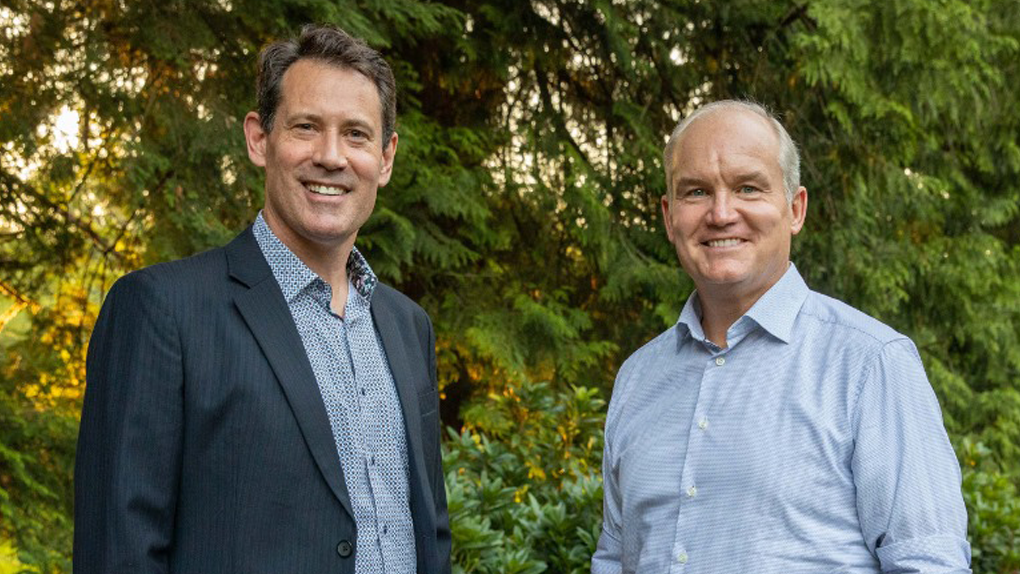 From 2011 to 2020 Les Jickling was the director of marketing and government relations for Copeman Healthcare, one of Canada’s largest for-profit “primary care” companies. Copeman, now owned by Telus, operated “boutique health clinics” for what was described as “hefty membership fees.”

During Jickling’s time, the company was investigated by the BC government for violating the Canada Health Act.

While the company was cleared of wrongdoing, an internal Alberta government document later flagged that company had been charging patients user fees for publicly insured care. The company has argued its “membership fees” go to “paying the doctors for additional time.”

In 2016, CBC News found evidence suggesting patients who refused to pay were told to get referrals elsewhere.

In 2013, Jickling penned an op/ed for the Vancouver Sun titled: “Private medicine has role to play in prevention; Public funds come up short.”

“Private medicine might just be the solution to problems in our universal healthcare system,” the Conservative candidate wrote. 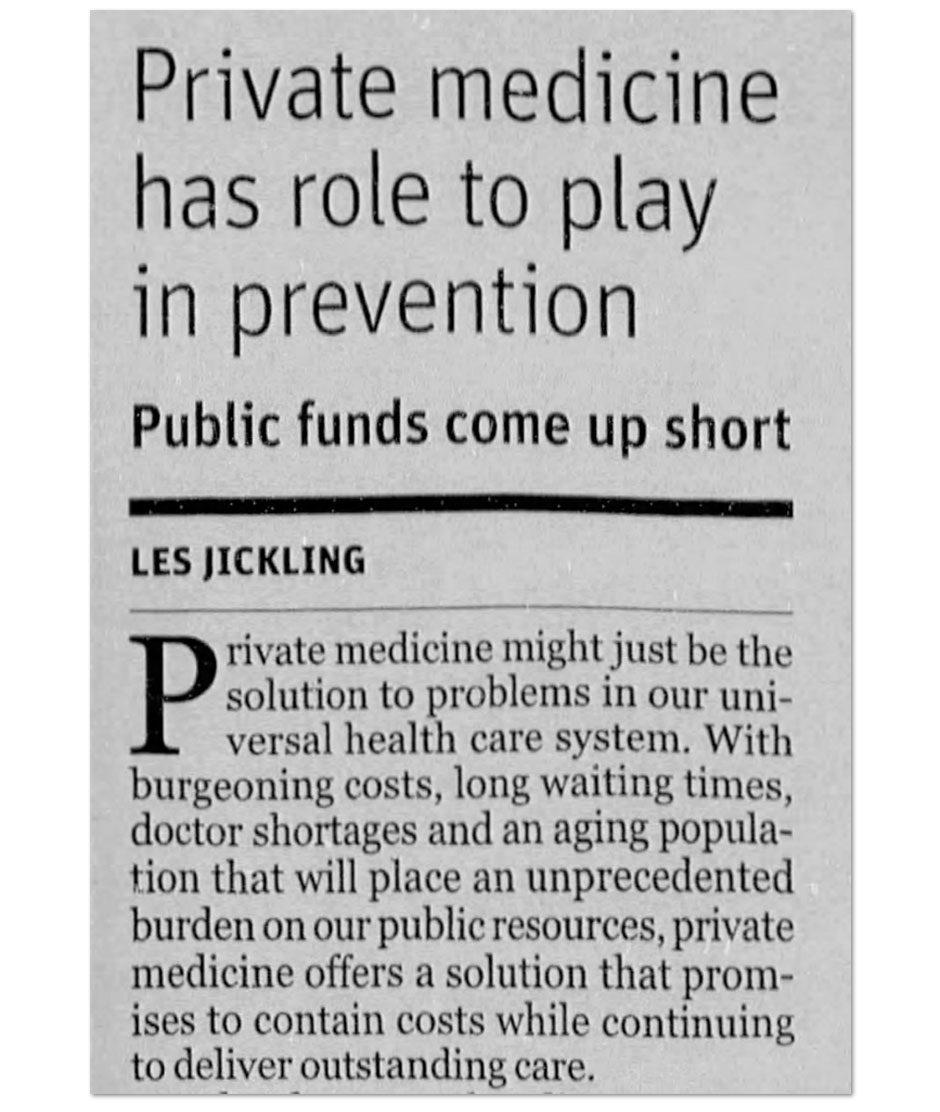 Jickling would go on to advocate for a hybrid public-private healthcare system:

“Rather than quibble over public versus private, why not consider a hybrid system? … Rather than simply raising taxes, curtailing services or lengthening waiting lists, isn’t it time we encouraged innovation and looked for ways for public and private care models to work in unison?”

The Conservative candidate concluded that “the solution to our deepening health care crisis surely lies in the realm of private medicine.” 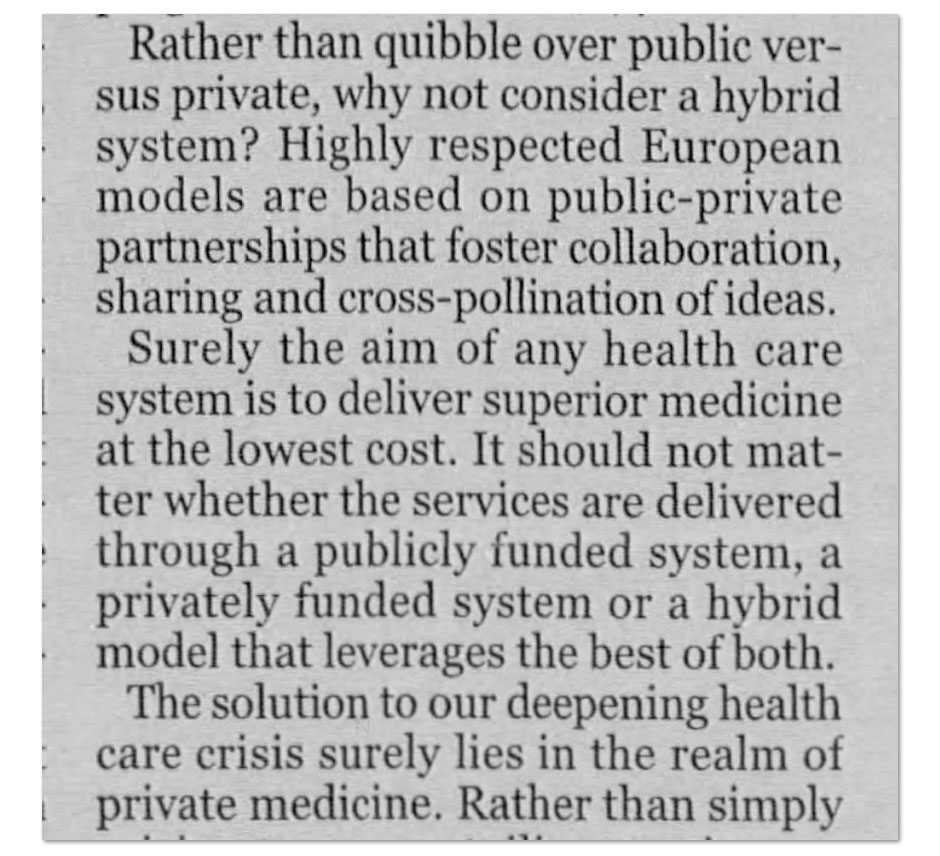 Jickling did not respond to a request for comment from PressProgress.

Throughout the election campaign, Conservative leader Erin O’Toole has faced allegations he supports “for-profit” healthcare. O’Toole has himself clarified that he does in fact support a bigger role for private companies in Canada’s health care system.

Recently, PressProgress reported that the CEO of a major private healthcare company hosted a Conservative Party fundraising event for O’Toole.