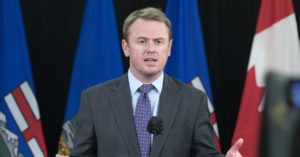 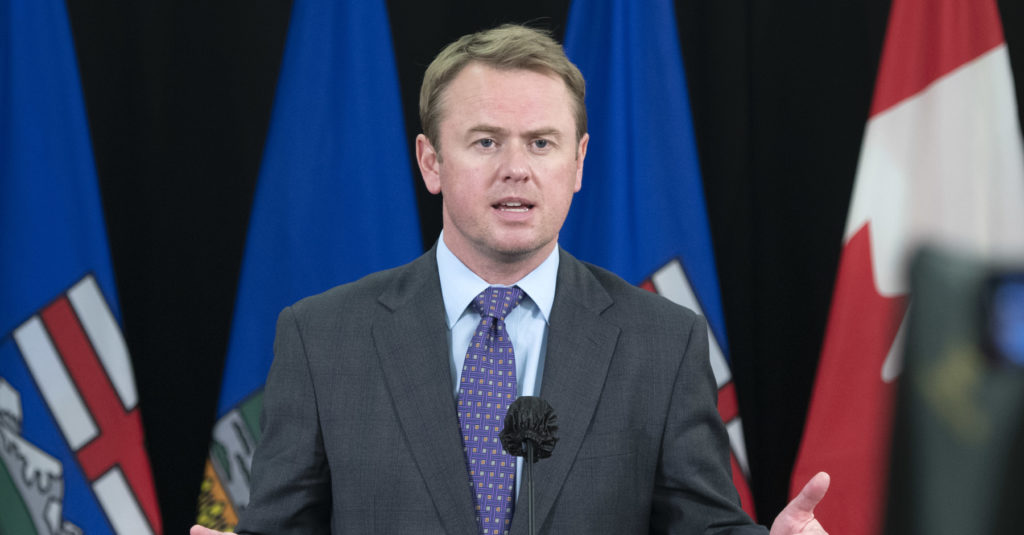 'This is highly concerning and has the potential to cause a lot of suffering.'

As COVID-19 spreads faster than it did during the peak of the third wave, Alberta has announced the removal of isolation requirements, asymptomatic testing and most contact tracing in a move doctors call “confusing” and “inexcusable.”

The decision was announced last week by Alberta Health Minister Tyler Shandro, prompting doctors across the province to protest.

Lifted restrictions, which take effect on August 16, now include:

According to Dr. Naheed Dosani, a palliative care physician and health justice activist based in Ontario, the timing of the decision puts Albertans at risk.

“It is quite confusing for me to understand why Alberta is moving in this direction,” Dosani told PressProgress. “Alberta is literally removing masking rules and no longer requiring people who tested positive to quarantine. This is highly concerning and has the potential to cause a lot of suffering.”

“Given what we know about COVID-19 and what the science is showing us it’s hard not to wonder how decisions are being politically influenced at this time,” Dosani added.

Dr. Amit Arya, director at large for the Canadian Society of Palliative Care Physicians, noted Alberta is second lowest in terms of the number of vaccine doses administered, with just over 50% of all Albertans fully vaccinated.

“Those who are unvaccinated include young children, who have a significant risk of long-COVID,” Arya told PressProgress.

According to Arya, vaccinations alone will not be sufficient to bring an end to the pandemic, and that measures like masking, contact-tracing and isolation requirements are still necessary to prevent unnecessary deaths.

“Sixteen months into a pandemic, when we know so much about COVID-19, (the Alberta government’s decision) is completely inexcusable,” Arya said.

Dr. Mukarram Zaidi, whose home was visited by Shandro last year after he posted a meme criticizing the health minister, says he was shocked to hear the news about the lifted restrictions.

“I couldn’t believe what I was hearing,” Zaidi told PressProgress. “The entire medical community besides maybe a few are saying not to go ahead with opening everything.”

Zaidi spoke at a protest in Calgary on Tuesday organized by concerned doctors. The group plans to rally every day in Calgary and Edmonton until August 15 to sound the alarm.

Dr. Joe Vipond, a Calgary ER physician and organizer behind the ongoing protests across the province, spoke to PressProgress after speaking at a rally outside the Alberta legislature in Edmonton.

“We want our democracy back, and we want our representatives in the legislature to reflect the desires and views of the population,” Vipond said. “The risk is COVID is going to run rampant through everyone that’s unvaccinated, including those aged 0-12.”

“They’re no longer going to test people unless they’re going to the hospital,” he added. “There’s no replacement for testing to find out where outbreaks are.”