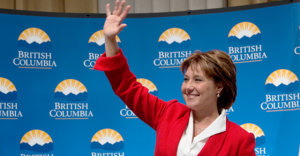 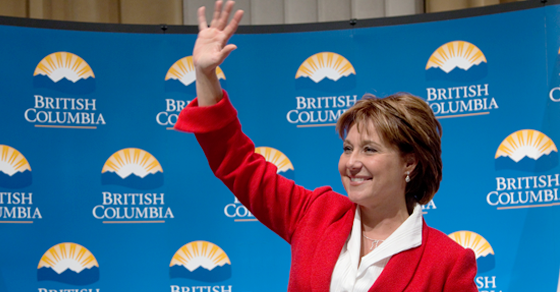 His experience includes serving as a director at the Fraser Institute, a right-wing think tank whose experts question the science of climate change.

Bad news? His experience includes serving as a director at the Fraser Institute, a right-wing think tank whose experts question the science of climate change.

On Monday, the Office of the Premier announced Fazil Mihlar as Deputy Minister, Climate Leadership, providing “dedicated leadership to the Province’s engagement with the public, industry, environmental groups and other levels of government.”

After a stint at the Fraser Institute directing research on anti-union laws, Mihlar moved to the Vancouver Sun, where he encouraged readers to “think of coal to meet our future energy needs” and once quoted the Dalai Lama’s reflections on “compassion” to criticize opponents of the Northern Gateway pipeline and offshore oil drilling, whom he labelled “the BANANA crowd.”

In 2008, Mihlar wrote that “global warming is the latest weapon in the West’s arsenal to subjugate and impoverish millions of people in the Third World,” and compared “eco-imperialist generals and their foot soldiers” who want to “save the planet” to the “racist behaviour” of European colonialism:

Since it’s difficult and costly to impose tariff barriers because of the rules-based trade system in existence today, Western politicians have now grabbed the global warming club to beat up the developing world.

By using this moral high ground — ‘saving the planet’ — they can claim that they are just trying to do the right thing and that it has nothing to do with erecting barriers to trade and maintaining their economic power. Then again, the old colonialists justified their racist behaviour by arguing that they were just trying to ‘civilize’ the savages.

While serving as editor of the Vancouver Sun’s editorial page, the Sun published an editorial that argued BC high school teachers should “not preach to students about the consequences of climate change” and suggested schools that show Al Gore’s Inconvenient Truth should also show a documentary titled “The Great Global Warming Swindle” to balance things out.

The editorial also asked deep questions like “could the science be wrong or, more insidiously, doctored?” and “if the planet is doomed no matter what we do, should we do nothing?”

Or did Mihlar have a change of heart about his views on climate change?