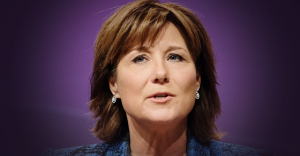 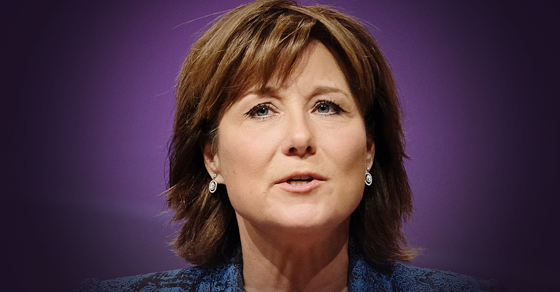 "We are happy to stand corrected."

But if you admit your ruthless smear campaign against a private citizen was based on false information, shouldn’t you at least apologize or make an effort to show you’re taking responsibility for your actions?

Apparently not if your name is Christy Clark – it seems a different set of rules and basic standards of decency apply to the BC Liberal leader whose campaign has spent the better part of the last week attacking a random voter named Linda.

The whole thing started when Clark reached out to shake the hand of BC voter Linda Higgins as she shopped in a North Vancouver grocery store last week: Higgins told Clark she wasn’t voting for her, Clark rudely interrupted and bolted down a grocery aisle, then the video went viral and British Columbians used the hashtag #IamLinda to share their experiences being ignored by Clark’s government.

So Clark’s campaign director, Clark’s ex-husband and an army of BC Liberal Twitter trolls made up a fake story claiming Linda was an “NDP plant”:

For the record, these fake allegations are 100% completely false – even top journalists at CBC News and The Province say Clark’s campaign is “pushing lies” and “conspiracy theories” cast aspersions about the motives of an innocent woman.

When the Globe and Mail asked Clark if she had any evidence supporting this claim, the BC Liberal campaign finally gave up and admitted they were wrong all along, issuing the following statement yesterday:

“We are fortunate to live in a democracy where we are able to respectfully disagree with each other. We are happy to stand corrected.”

Except as the Globe’s Gary Mason points out, the incident once again shows Clark will always blame other people and make stuff up before she takes responsibility for anything:

“But there was no apology to Ms. Higgins … Ms. Clark, had she not been seized by her famous stubborn streak, should have ended the controversy by apologizing to the woman for not sticking around to hear her out and apologizing on behalf of principals in her party who suggested she was doing the NDP’s dirty work. But no. Instead, the Liberal Leader doubled down on trying to question the woman’s motives …

Again, it only helped to keep the story alive, even inflame it. Day after day on the campaign trail, Ms. Clark was asked about it. Day after day she sloughed it off, saying it wasn’t a big deal. Finally, on Tuesday in Merritt, she told reporters they would have to ask Liberal headquarters what evidence they had Ms. Higgins was an NDP plant. Soon after, the party issued the statement that it did.”

And remember: this is nothing new for Clark. Here are a few other times Clark made stuff up:

• There was the time she falsely accused, without evidence, that the BC NDP criminally hacked her party’s website (Clark later justified her actions by pointing out she was “really mad” and merely “jumped” to a “quick conclusion”).

• Clark’s government falsely justified the unceremonious firings of eight health researchers by falsely claiming they were under investigation by the RCMP – those fired suffered damage to their reputations and one tragically committed suicide. It later emerged that no police investigation had ever existed.

• On several occasions, Clark has made untruthful claims about her job creation record by falsely claiming BC is number one in job creation when it was actually ninth, claiming she’s created “good paying jobs” when BC created a record number of part-time jobs and inflating her annual job numbers by including more than twelve months of data.