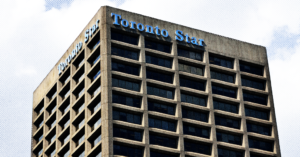 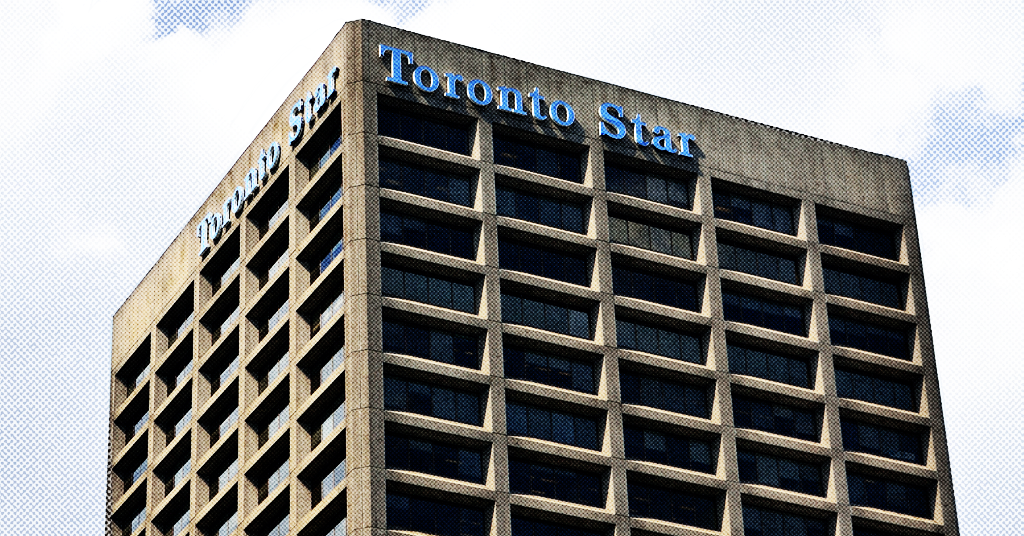 “We have reviewed this client’s profile and have cancelled his service,” virtual office provider tells PressProgress

The Canadian Nationalist Party, an aspiring political party widely reported as a “white nationalist” or “neo-Nazi” group, has been booted out of its vanity address inside one of Toronto’s most iconic buildings.

Party leader Travis Patron, who is currently in the process of formally registering the group as an official political party with Elections Canada, has frequently named a high-end address in downtown Toronto as the CNP’s “party headquarters.”

The CNP is also incorporated as a federal non-profit organization. One Yonge Street is listed both as the legal entity’s registered office address as well as Patron’s home address — Patron is the NPO’s sole director.

One Yonge Street also happens to be the address of the Toronto Star building. 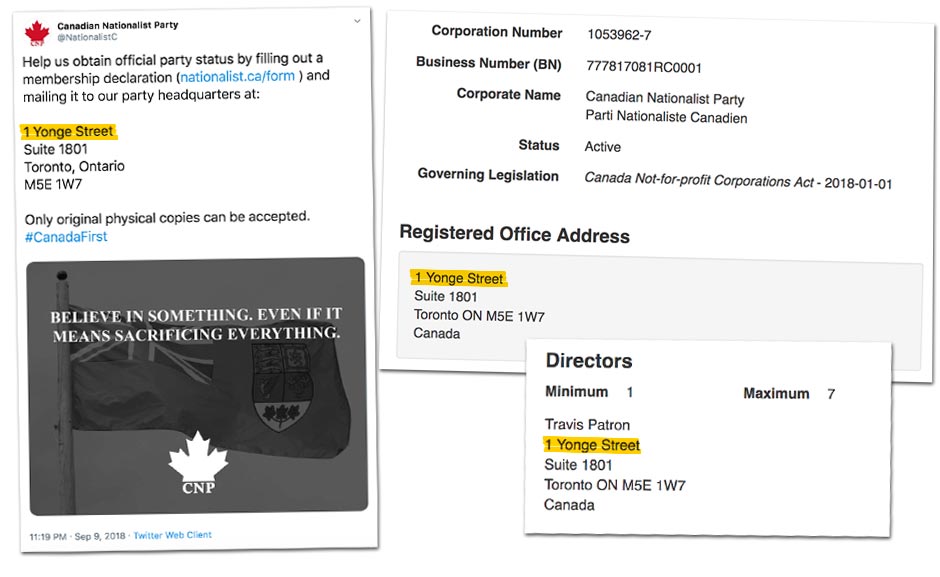 One Yonge Street is owned by luxury condo developer Pinnacle International, but it houses the head office of the TorStar media empire and the Toronto Star newsroom, along with a handful of other tenants.

Suite 1801 at One Yonge Street includes virtual offices — clients pay a firm to rent a mailing address and can have their mail forwarded to another location.

Telsec, the virtual office’s owner, advertises its virtual office as an opportunity for local and international clients to create the impression they’re physically located at “the most prestigious address in Canada.”

“(Our) Toronto mail forwarding service is an inexpensive program that provides you with a prestigious business address – Toronto’s #1 address – 1 Yonge Street,” the company’s website says.

“This Toronto landmark is renowned for … its name — ‘The Toronto Star Building’,” the company’s marketing materials add, noting it’s “so named because the building provides office space for the largest daily newspaper in Canada.”

“Everybody knows where the Toronto Star’s Head Office is located!”

In response to questions from PressProgress, the company said it was cancelling the white nationalist group’s service, registered under Patron’s name.

“The Canadian Nationalist Party was registered with Telsec under the representative’s name Travis Patron,” a company spokesperson told PressProgress. “We had no idea of the company or type of business this client was operating.”

“We do our utmost to qualify all prospects that inquire regarding (Telsec’s) services,” they noted, “however, sometimes it is difficult to detect until we are informed through other means.”

“We have reviewed this client’s profile and have cancelled his service immediately.” 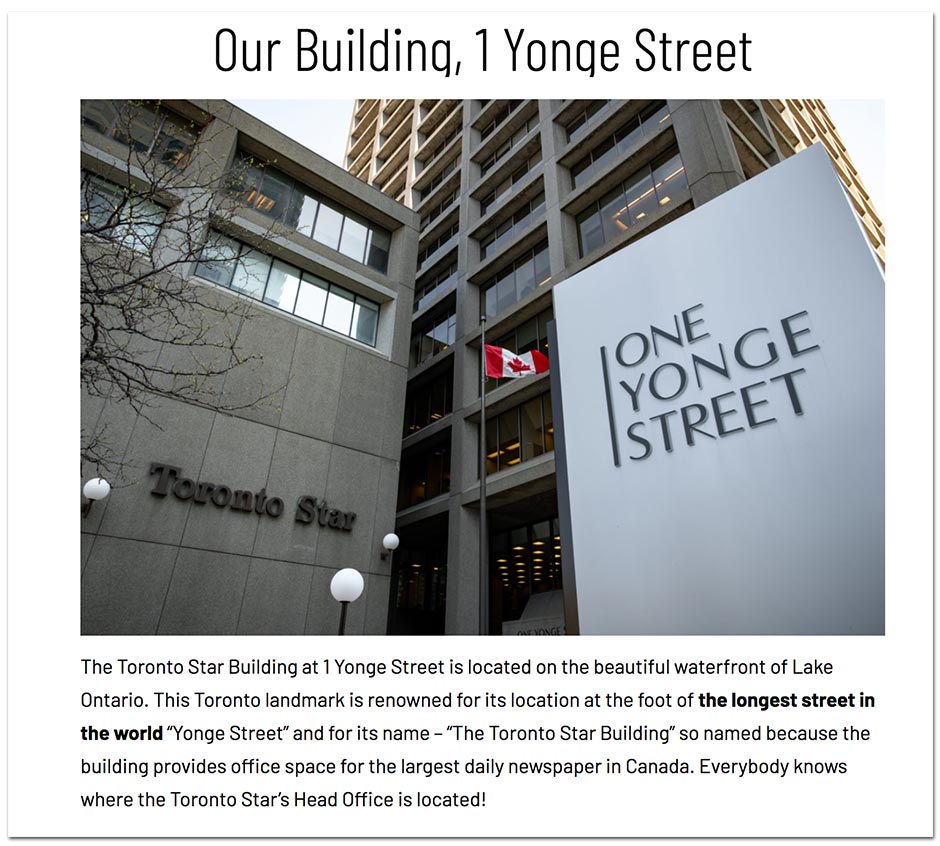 Despite having his vanity address cancelled, Patron continues to list the suite as the official address of CNP’s headquarters.

Using a virtual office as a registered address for a non-profit organization may be problematic under Canada’s Not-For-Profit Corporations Act, says the government department that oversees the registration of federal corporations.

“A corporation is required to have a legal, physical address,” a spokesperson from Innovation, Science and Economic Development Canada told PressProgress.

“The purpose of the registered office is to have a location for service of a notice or document required to be sent or served on a corporation.”

The CNP has been variously described by Canadian news organizations as a “white nationlist group,” a “hate group” and as “neo-Nazis.” CNP members were among the main agitators in a violent brawl inside Toronto’s Eaton Centre mall and attacks at Hamilton Pride earlier this summer.

On its website, the group lists as one of its top priorities a “demographic policy” that is designed to “maintain the demographic status” of Canada’s “European-descended majority.”

The CNP has called for “the creation of a strong central authority” to implement a program that would re-write the constitution to replace “multiculturalism” with “ethnic nationalism,” end “the suppression” of Canadians of “European ethnicity,” as well as a ban on water fluoridation.

In one notable video, CNP’s leader claims communists have infiltrated institutions like the government, media and banks, stating that they must be “eradicated from Canadian soil, ruthlessly if necessary.”

Earlier this year, the RCMP launched a hate crime probe following accusations of anti-Semitism after the group released a video of Patron claiming a “parasitic tribe” controls the media and central bank in Canada.

In response to this story, the CNP stated that the “Zionist media harass anyone who doesn’t conform with their agenda.”