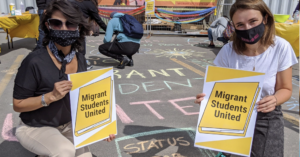 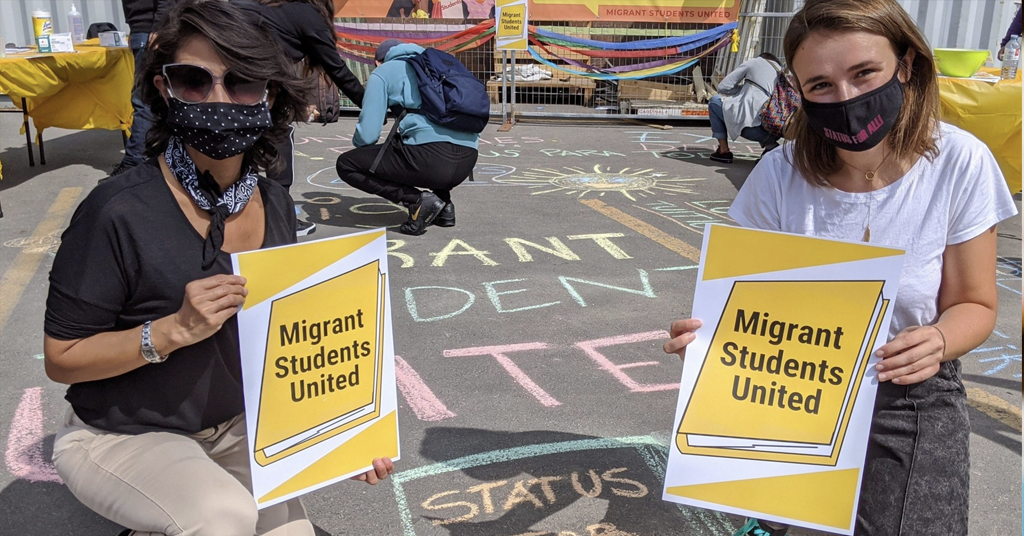 Organizations representing international students in British Columbia are speaking out about immigration rules that leave them vulnerable to exploitation, with precarious students complaining about propositions for sexual favours by abusive employers and landlords.

Women identifying international students have primarily been victimized in many cases, which advocates say are exacerbated by their precarious immigration status.

Singh says that a power imbalance allows employers to leverage students’ status as immigrants over their heads in order to exploit them.

“We’ve seen a lot of either unwanted pregnancies, or planned pregnancies, but they have no resources to look after the baby. We’re seeing (maybe) one or two every couple of weeks.”

“A common (one) is being sexually exploited or propositioned by people who they’re economically dependent on. By that I mean, their employers or landlords will start asking for favors,” Kahlon told PressProgress.

Khalsa Aid and One Voice are two organizations in BC that step in to provide services and support, but Kahlon notes that the issue is far bigger than many realize.

A 2021 report from One Voice looks at the overlapping instance of oppression faced by international students.

“The difficulty with this issue is because it’s so under-reported, really, it’s tough to gauge what scale it’s happening on and how they’re all dealing with it,” Kahlon added.

He said One Voice volunteers have heard stories of peeping toms in rental units, or landlords asking for sexual favours from their tenants in exchange for housing.

“(International students) are just giving in, because they’re under so much pressure financially, (and) they have no support.”

“You’re at the mercy of whoever is either housing you or employing you because oftentimes students don’t even have family. They’re just like, ‘these are the people I know, this is all I have. And this is all the support I have. So I have to take it and kind of endure whatever might come with it.’” 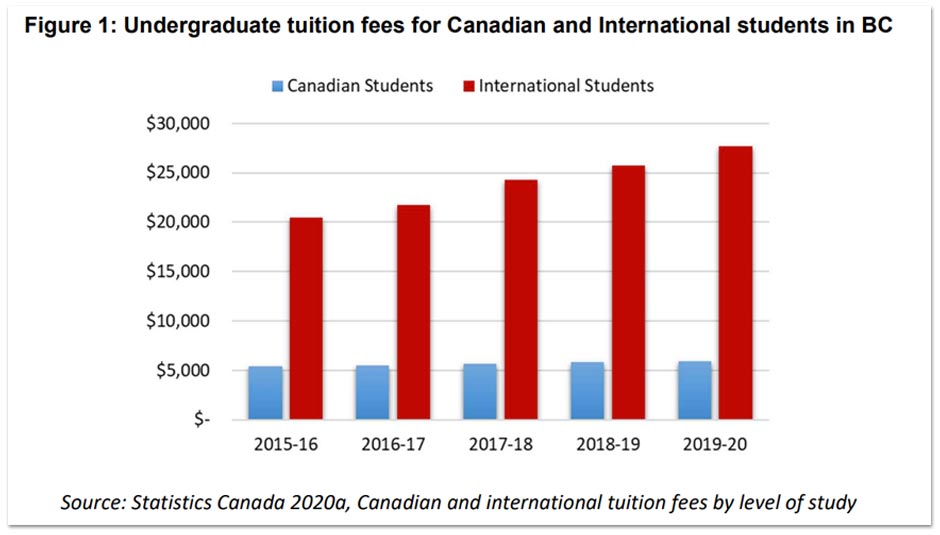 “It’s an area (where) we know there are challenges and gaps in services, but there hasn’t been a formal sort of approach to providing care,” said Richa Karkee, manager of Violence Prevention Services at DIVERSEcity.

“Thinking about how big of an international student community we have here in BC and (the) number of services that are actually available. I think there is a huge gap in that from that perspective.”

Grassroots organizations step in to fill funding gaps with limited resources at their disposal.

Neeru Muker, DIVERSEcity’s Sexual Assault Response Coordinator, said many clients struggle with coming forward because perpetrators stoke fear that they will be deported.

“In the workplace, they’re told, ‘if you report this, that I’ve sexually assaulted you, you’re going to get deported’,” said Muker.

With stigma around coming forward and a lack of data, the pair say the full number of students impacted by sexual violence is “really hard to find.”

Manvinder Kaur Gill,the Program Coordinator for Laadliyan, a non-profit in Brampton, Ontario that does work with South Asian women and girls, echoes Muker and Karkee’s sentiments.

Laadliyan began providing financial support and mutual aid to international students during the pandemic, and then started to address miseducation around sexual health.

Through focus groups with international students, Gill said they heard students were often experiencing sexual harassment in the workplace. From being offered marriage proposals by their employers or coworkers to being asked on dates by other employees, Gill said it is extremely common.

In one instance, a student’s boss began touching them inappropriately while at work.

“It was definitely sexual harassment, he would ask for kisses or would touch her on the shoulders,” said Gill.

She added that many students are unaware of where to turn for support for sexual violence, abortions or giving birth.

“We were working with a lot of pregnant students, students who wanted to get abortions,” said Gill.

“Often, students are doing home deliveries, (and) we’ve heard of students watching YouTube videos and getting their friends to help them deliver. They also don’t know that we have free clinics here where you can get a safe abortion, where you can give birth and it doesn’t cost money.”

Gill adds that students have a misconception that coming to Canada will mean having access to resources that they previously didn’t have in their home country.

“Something we keep hearing is, ‘we didn’t know this stuff happened in Canada’, Gill said. “A lot of students are like, if I talk to people back home, I tell them not to come, it’s not worth it.”

“They’re like, ‘Canada can’t support us. I don’t understand why they keep welcoming us in.’“ 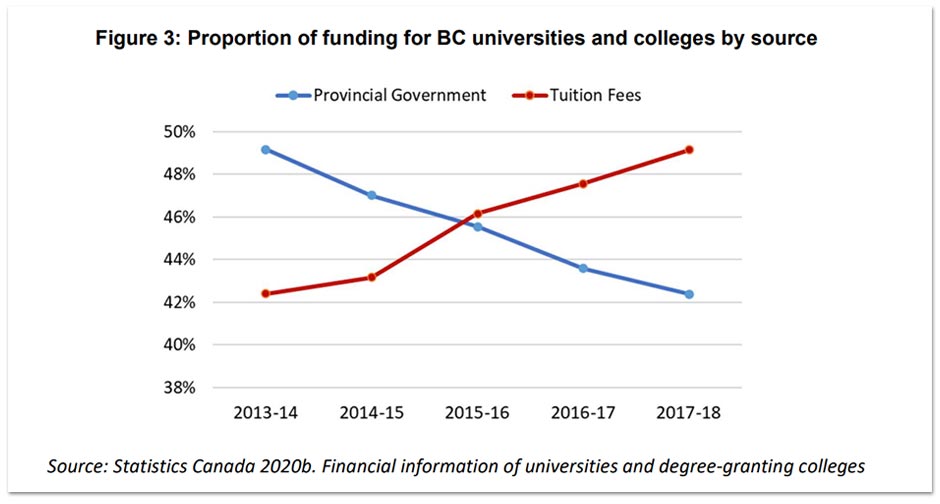 Andrew Koltun is a practicing immigration and refugee lawyer at LJD Law and a member of the Canadian Immigration Lawyers Association. He says that exploitation has long lasting effects that can impact students in ways that threaten their status in Canada.

“Employers become aware of the different ways in which you can leverage your power imbalance with students,” Koltun told PressProgress.

Koltun says their precarious status also has an impact on students’ mental health.

“To get a graduation work permit, you had to have been a full time student throughout the entirety of your study, except for your last semester,” Koltun added. “What I have seen with some of our some of our clients is cases where international students get so traumatized by sexual abuse or exploitation, that they can’t maintain that full time status.”

“So not only are they harmed in that moment, but there’s a long lasting impact to that exploitation.”

He says the lack of reporting mechanisms only exacerbates this issue.

“They’re dealing with trauma, they can’t attend all their courses (or) they dropped out of their courses, and IRCCs’ post graduation policy is black and white—there’s no room for discretion,” Koltun said.

“It encourages international students to, if they have to, suck it up and not deal with it, to just grind through it and maintain a full time status even if it’s detrimental to their mental health.”

Sarom Rho is an organizer at the Migrant Workers Alliance for Change (MWAC), a workers rights organization with a membership of migrant workers including international students.

“They’re working in low wage jobs, facing exploitation, and because of restrictive immigration rules, they are then forced to either leave after having sacrificed so much, or become undocumented.”

According to Rho there are 1.7 million migrant and undocumented people in Canada and of that, nearly 800,000 are current and former international students on temporary permits.

“It (results) in massive exploitation and the creation of a permanent underclass of workers who have limited to no rights, no access to basic services or protections,“ Rho said.

And Rho says that even while facing deteriorating mental health, many students stay silent.

“They’re not able to speak up about any abuse or any violence. What people need is the power to be able to protect and defend themselves, and without permanent resident status, that’s simply not possible because speaking up can mean you risk hunger, deportation, homelessness.”

Rho says, however, that international student communities across Canada are organizing to fight for their rights, and one solution to address ongoing exploitation is providing “status for all.”

According to Rho, their mission is to advocate for and help protect migrants from the many layers of exploitation they face in all levels of their migration journey.

“International students, migrant workers themselves are organizing, and are organizing for rights, regularization and status for all.”