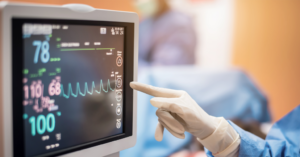 Ready or not, here they come

Another debate about further privatizing Canada’s public health care system is looming on the horizon, according to top right-wing voices.

Over the weekend, the editorial board of the right-wing National Post waded into the issue by proposing Canada’s “rickety health system” could be solved with the snap of a finger if Canadians “do away with our unhelpful aversion to allowing private-sector involvement in health care.”

“We cannot expect the problems the pandemic has exposed to be fixed by throwing money at the problem while continuing on with business as usual,” the editorial argued. “We need political parties from across the spectrum to be open to enacting fundamental changes to Canadian health care, and that must include a larger role for the private sector.”

Luckily for the National Post, other right-wing voices were already busy laying the groundwork for this message days earlier.

On January 8, longtime Conservative insider Ken Boessenkool drew fire on Twitter after suggesting private health delivery could be a “silver lining” of the pandemic.

“Lampooning privately delivered public health care will be a lot harder after millions of Canadians got vaccinated at a pharmacy,” Boessenkool tweeted, adding that it could be “one silver lining of this pandemic.”

Lampooning privately delivered public health care will be a lot harder after millions of Canadians got vaccinated at a pharmacy.

One silver lining of this pandemic.

The former Stephen Harper adviser and Chief of Staff to former BC Liberal Premier Christy Clark did not go over as well as he may have expected.

“Want to get aggressively attacked (some say “bullied”) by lefty health care zealots?” Boessenkool complained in a follow-up tweet.

Want to get aggressively attacked (some say “bullied”) by lefty health care zealots?

Step 2: Say it should continue. https://t.co/SiEfQykSc0

Boessenkool is not the only right-wing voice getting out ahead of a debate on privatizing Canada’s public health care system.

That view was also recently expressed by the CD Howe Institute, a right-wing, pro-business public policy think tank – of which Boessenkool also happens to be a fellow.

In an open letter to “Canada’s Health Ministers” published in two parts days earlier to CD Howe’s website, Don Drummond and Duncan Sinclair wrote that the Canada Health Act, which provides the framework for universal health care, a failure and argued for more private delivery:

“Medicare, our label for Canada’s cherished health system, is failing … Accepting the adage that the role of the physician is to prevent illness when possible and treat it when necessary, the exclusion of preventive services from coverage, whether by physicians or other providers of health care services, makes no sense.”

CD Howe’s report followed a blog post from The Hub, an online publication that counts a number of Harper and Kenney government alumni as contributors.

Sean Speer, a former senior advisor to Stephen Harper and policy director at the Fraser Institute, also pinned the blame on Canada’s public system in a piece titled: “In 2022, Can We Finally Be Honest About Our Health Systems Failures?”

In it, Speer laments the broad public support for universal health care.

“It’s not just that we’ve collectively decided to prohibit most forms of private health care delivery in the misguided pursuit of egalitarian goals,” Speer wrote. “It’s that we’ve seemingly extended the prohibition to policy and political debates about our current health care system and its failings.”

Speer, like the others who began talking about this issue over the last week, is calling for “a greater role for private health care delivery.”