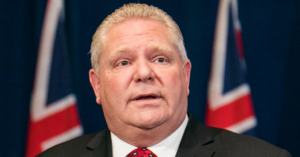 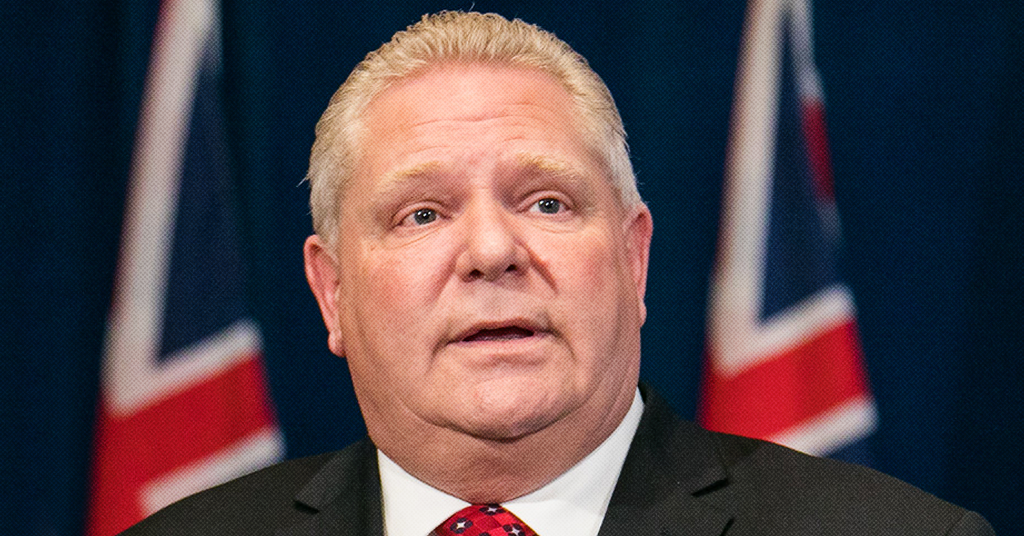 Inliv, a Calgary-based for-profit healthcare company that offers “virtual” health services, is owned by Coril Holdings, a corporation that donated $50,000 to the third party advertiser “Canada Proud” during last year’s federal election, accounting for a big chunk of the right-wing group’s overall funding.

Canada Proud is the federal cousin of Ontario Proud, a group that supported Ontario Premier Doug Ford during the 2018 provincial election.

40% of Canada Proud’s funding has come from one Calgary billionaire and his holding company: pic.twitter.com/cXWuRPjRRa

According lobbying records from the Office of Ontario’s Integrity Commissioner, Inliv filed a communications report on May 25.

The filing shows the company registered to lobby Premier’s Office to “discuss the provision of services in the digital health care field as they relate to COVID-19.”

According to the filing, the company now has a mandate to lobby ministers’ offices, government ministries, along with Public Health Ontario and Ontario Health.

Ronald Mannix, the chairman of Coril’s board of directors, is one of Canada’s top billionaires and financially supported the pro-UCP group Shaping Alberta’s Future along with making an additional $50,000 personal donation to Canada Proud.

Neither Inliv nor Coril responded to requests for comment from PressProgress. Questions to the Premier’s Office and the Ministry of Health also went unanswered.

Inliv’s filings also disclose that Wello, an Ontario-based virtual care company, has a “direct stake” in the lobbying. Wello’s website states: “Both Wello and INLIV are companies under Coril Holdings, a 120-year-old family-owned business.”

A representative of Wello told PressProgress its service is comparable to the virtual healthcare offered by the non-profit, Ministry-led Ontario Telehealth Network but for a fee.

“It’s very similar, except Telehealth, they won’t offer the same kind of service we’re able to offer with that follow up care, analytics into your health, tracking it all in place for you as well as the 24/7 and very quick service in 20 minutes,” the representative explained.

“We are not affiliated with any government bodies,” they added, noting they do not bill OHIP. “We’re private — a private virtual healthcare company.”

He noted the company offers treatment and diagnoses for colds and flus, musculoskeletal issues, prescriptions, lab requisitions and referrals, among others.

This point is echoed repeatedly in the company’s marketing material.

Wello’s CEO noted in a January 2020 news release that “access to timely, quality healthcare continues to be a challenge” and praising the company for its “passion for innovation and a legacy of quality care provision.”

The same has been highlighted by Inliv:

With the healthcare system stretched thin in the fight against COVID-19, INLIV is leading the charge towards using virtual visits to help relieve the pressure on frontline workers. Read more from the @calgaryherald: https://t.co/7pIIfCombv#virtual #primarycare #StayHome

Wello said it charges $35 per month per family for its virtual service, which it notes includes private versions of those offered through public insurance.

While the OTN procures services from “qualified vendors” neither Wello nor Inliv appear to be among them. The OTN’s website also says it is not currently making calls to market or accepting expressions of interest from vendors.

The company has been controversial in Alberta, where it runs a private, for-profit medical clinic. The Parkland Institute described Inliv as one of Alberta’s private boutique “membership” clinics, which provide services not covered by the public insurant for fees — but also offer “enhanced medical care” with faster and higher-quality service to those who pay for it.

“Inliv is one of those private clinics that we have in Alberta,” director Sandra Azocar told PressProgress. “You can pay membership fees for it and you have access to higher-end healthcare,” something that risks creating a “two-tier system.”

Another company operating in Ontario, Maple, faced similar criticisms for offering virtual, for-profit versions of public health services outside of OHIP and Telemedicine.

Wello was launched in Ontario in July 2018. In early 2019, Inliv CEO Vince Danielsen, listed as both president and CEO of Wello and Inliv, spoke at the University of Toronto’s Rotman School of Management on a panel titled: “How Ontario’s Digital Entrepreneurs Are Creatively Destroying and Modernizing Healthcare.”