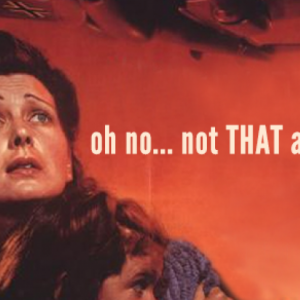 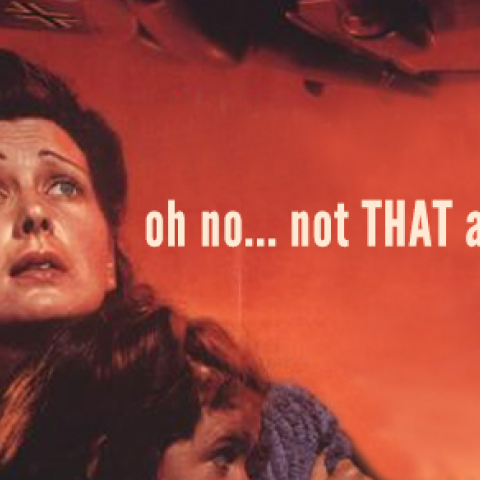 When you find yourself in a hole, most people stop digging. And then there are others who see it as the perfect time to rattle off Nazi analogies. The screengrab above comes to us by way of the comments section on Campaign Life Coalition’s blog, which was roundly criticized after PressProgress reported that Canada’s biggest “pro-life” […]

When you find yourself in a hole, most people stop digging.

And then there are others who see it as the perfect time to rattle off Nazi analogies.

The screengrab above comes to us by way of the comments section on Campaign Life Coalition’s blog, which was roundly criticized after PressProgress reported that Canada’s biggest “pro-life” organization had been using a photo of a handgun pointed at a doctor’s face to promote their blog.

The photo (since removed from Campaign Life’s homepage but remains elsewhere on their site) provoked outrage and disbelief among many readers. Some – including one reader who let her feelings known in the comments section of Campaign Life’s blog – also pointed out the irony of a “pro-life” group relying on violent imagery.

Well, now we have an explanation. Enter Jack Fonseca.

Mr. Fonseca, a Campaign Life project manager and the author of the blog post in question, decided to wade into the comments section on his blog Tuesday afternoon to clear up any lingering confusion about the photo of a handgun pointed at a doctor.

His explanation? That’s not a handgun pointed at the doctor; it’s a proverbial handgun:

“In the graphic you referenced, the proverbial gun is clearly being held by the College of Physicians. The supporting graphic is a clear condemnation of the brute force that the CPSO is threatening to use against doctors. If a historical scholar were to publish an article in which he condemns the NAZI extermination of Jews, and includes in the article a photo of a mass grave filled with murdered Jews, it would be ludicrous to argue that he supports the killing of Jews. Clearly he’s reinforcing the message that the Nazi actions were evil. Likewise, our blog post reinforces the message that the brute force being threatened by the CPSO against physicians (in the form of a policy of coercion) is evil.”

In other words, anything Mr. Fonseca feels is “evil” is just like getting a handgun pointed at your face, be they policies drafted by the College of Physicians and Surgeons of Ontario (CPSO, governing body for Ontario medical practitioners) or… the Holocaust…

Mr. Fonseca’s issue is with the College’s recent decision to review how their policies regarding doctor’s rights to refuse treatment of patients on religious or moral grounds come into conflict with the Ontario Human Rights Code.

That issue recently reared its head after an Ottawa woman requested birth control from her doctor and received a refusal letter “because of reasons of my own medical judgment, as well as professional ethical concerns and religious values.” And the problem isn’t limited to Ontario: a doctor at a Calgary walk-in clinic erected a sign two weeks ago announcing “the physician on duty today will not prescribe the birth control pill.”

The CPSO is currently consulting the public on drafting a new policy.

But just so we’re clear: we’re not talking about abortion. We’re talking about something as common and routine as writing prescriptions for birth control pills.

And Mr. Fonseca is no fan of birth control. On his blog, he links to a number of dubious websites to bolster his claim that birth control causes “major and minor health risks” that often exaggerate, distort or are completely at odds with the findings of credible health authorities. For example, Fonseca claims the “contraceptive lifestyle” makes women more likely to get cancer, though the American government’s National Cancer Institute describes cancer risks from contraceptive use as “slight” or related to other factors. Even the authors of reports finding possible cancer risks point to benefits that exceed the risks. In some cases, contraceptives actually reduce the risk of some cancers.

This isn’t the first time Mr. Fonseca has thought out loud on matters of public health.

Yeah… you might want to get a second opinion on that one, Mr. Fonseca.