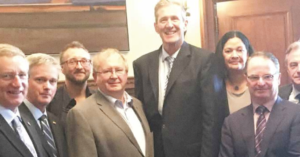 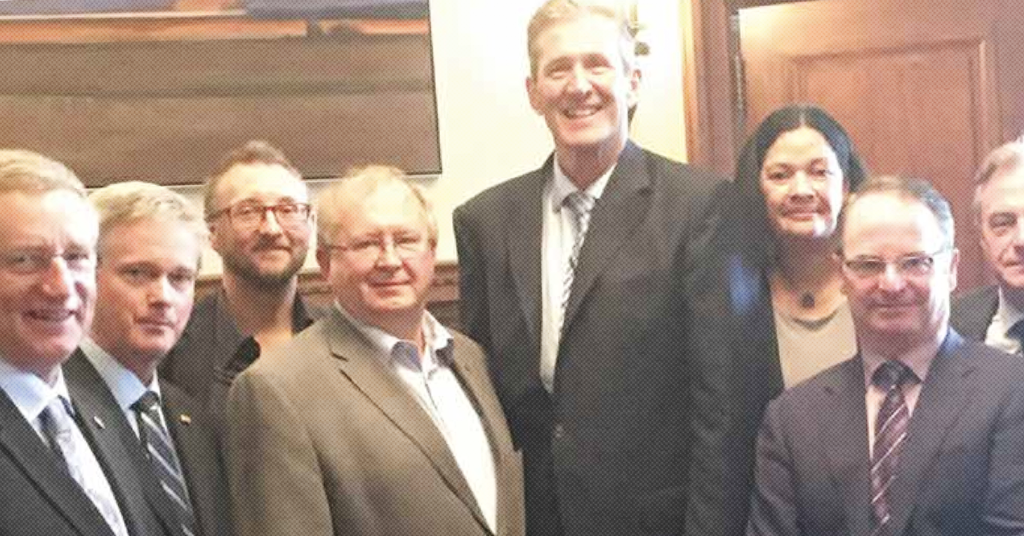 Anti-union business leaders in the construction industry have been top donors to Manitoba’s Progressive Conservatives at the same time as Brian Pallister’s PC government worked to roll back the rights of construction workers.

In fact, just last week, Pallister quietly added open-tendering to the Manitoba PC campaign platform, an item long been on the wish list of anti-union groups like Merit Manitoba and the Manitoba Heavy Construction Association.

Sudhir Sandhu, CEO of the Manitoba Building Trades, said the donations beg questions about whether they’re trying to curry favour with Pallister’s government.

“If Merit and the heavy construction industry, which has been clamouring for this legislation, has been donating to this party, that’s very disturbing to us,” Sandhu told PressProgress.

“That seems like a clear pathway to buying this legislation from the government,” Sandhu said. “That is not what democracy is meant to be.”

According to financial disclosures published by Elections Manitoba, Manitoba’s PCs have received tens of thousands of dollars from top executives at anti-union groups and firms that pushed Pallister’s government for open-tender contracts.

Yvette Milner, President of Merit Manitoba, has given the Manitoba PCs $5,316 since they came to power in 2016.

“It is no secret that I am a long time supporter of the provincial Progressive Conservative party,” Milner told PressProgress, adding that Merit does not direct its members on who to donate to.

“Merit Contractors Association of Manitoba does not control or influence which if any political parties our members contribute to so, no, it is not a pattern coordinated by Merit,” she said.

Earlier this summer, Milner called on Manitoba voters to pressure candidates and “consider asking your representatives what their position is on open tendering.”

Yvette Milner from @MeritMB spoke yesterday about the need for fairness for workers and employers in tendering government projects. #mbpoli pic.twitter.com/SdyAv4PjGa

Likewise, Merit Manitoba’s previous chair Ray Bisson said he gave the Manitoba PCs $3,292 since 2016 because: “I believe in the values of the PC party.”

Bisson and Milner, along with several others, met with Brian Pallister shortly after he was sworn in as premier to push him for a number of anti-union reforms, including opening up the construction industry to non-union contracts.

“It’s something that I promote personally,” Bisson stressed. 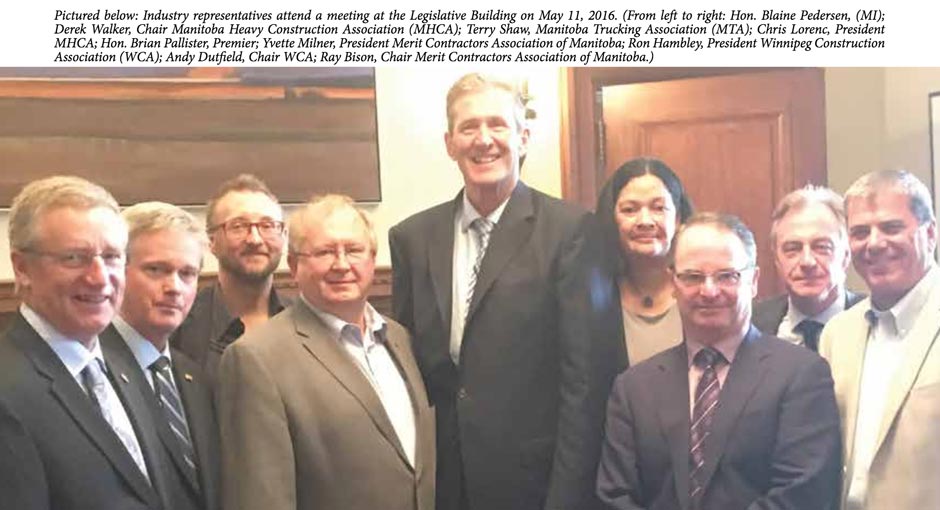 Meanwhile, Bordland Construction, a firm that bids on provincial and municipal construction projects and is one of Merit Manitoba’s member associations, is also on good terms with Manitoba’s governing party.

According to Elections Manitoba financial disclosures, Borland president J. Henry Borger has personally given $8,386 to the Manitoba PCs since 2016. His wife Anita Borger gave the Manitoba PCs an additional $9,175 over the same time period.

According to the National Post, the Borgers count themselves among the PCs top donors. The Post also noted their company has won 25 contracts worth $41 million from the province between 2015 and 2017.

In 2016, Pallister appointed J. Henry Borger to his “Red Tape Reduction” task force to provide input on loosening regulations in the construction industry.

Neither J Henry nor Anita Borger responded to PressProgress’ request for comment.

Likewise, Paul Meseyton of the Merit Manitoba affiliated Meseyeton Construction gave $2,250, although he says he’s not supporting Pallister this time around.

“The way they’ve treated us over the years they wont be getting anymore donations out of me,” Meseyton told PressProgress. “We aren’t at all pleased with what they’ve done on the construction file.”

Yet the head of the Manitoba Building Trades says things have never been better for Merit Manitoba’s members — Sudhir Sandhu, CEO of MBT, notes over 75% of public works contracts in Manitoba currently go to non-union contractors.

“To say that they’re ending a practice is complete nonsense,” Sandhu told PressProgress. “They already get the lion’s share.”

“This idea that non union contractors are prohibited from public works contracts, that is just a blatant lie because the data speaks for itself.”