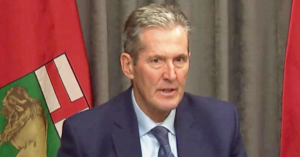 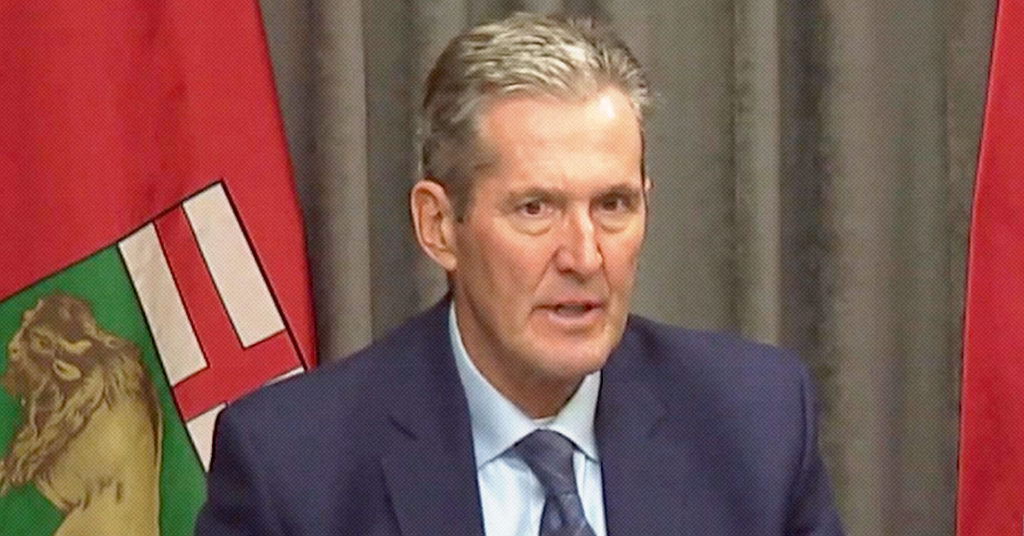 “At this moment in time we need stronger social services more than ever,” Manitoba community organizations say

Brian Pallister’s Progressive Conservative government is looking at a plan that would cut or cancel funding for charities and non-profit organizations in Manitoba in the middle of the coronavirus pandemic.

According to CBC News, Pallister has ordered government departments to identify “non-essential” services, a move that could see charities and non-profits that “deliver social programs or health care services” lose provincial funding.

The move is sparking concerns that Pallister’s government is arbitrarily choosing which groups are “essential” and “non-essential” as a ploy to clawback funding.

Workers in the non-profit sector fear this move will compound the health crisis.

“People who don’t have access to prevention and supports end up in the emergency room more easily. This is exactly what we don’t want right now,” Shohan Illsley of the Manitoba Harm Reduction Network told PressProgress.

“We need to be thinking about who is picking up the slack with populations that are actively marginalized? Who can’t socially isolate because of precarious housing or lack of housing, for example, but won’t be tested until they are showing symptoms?”

“At this moment in time we need stronger social services more than ever,” Illsley added, noting community organizations like hers are performing an essential service, particularly among those who use drugs and are being left behind.

“We are still in an overdose crisis from before the pandemic, but now with the increase in stress, we are seeing increased rates of substance use while drugs themselves have become more expensive and less accessible.” she said. “We are concerned about increased risk of injury.”

“All of our staff have been reassigned to frontline work,” WCWRC Executive Director Lorie English told PressProgress.

“Despite the ban on evictions, we are helping people who have been evicted. Work on domestic violence is becoming more intense because now people who are housed are trapped with their abuser.”

In English’s view, the pandemic has created multiple health crises beyond the virus: “People are unsheltered or living in unsafe situations, and they are starving.”

”People are losing their income while Winnipeg Harvest is experiencing a massive decrease in donations, and reduced their hamper offer from twice per month to once per month. Those who used to just get by with support from Harvest, now are receiving even less.”

“So, we have increased our food efforts. We provide a daily meal at the centre. We are delivering food hampers; and sending out meals in two shifts by van every day.”

Despite her organization’s ramped up efforts, English isn’t clear whether their work fits the definition of essential or not. “A cut to our provincial dollars would mean layoffs.”

Pallister’s government is encouraging defunded charities and non-profits to apply for aid from the federal government, although community organizations say that doesn’t do them much good.

“We’ll qualify for the federal wage subsidy but I’ve laid off one staff,” Tyler Pearce of Local Investment Towards Employment told PressProgress.

Despite the funding crisis, Pearce’s organization has facilitated a non-medical mask making operation between a local social enterprise and a local hardware store. The effort provides wages at a critical time for the newcomer women who make them, and masks for both frontline services providers and the general public.

Pearce said the stress is leaving a mark.

“Before the pandemic, I was told we needed to do more with less, like have volunteers do what we pay staff to do,” she said. “The constant message seems to be that our work has no value.”

“It’s demoralizing in the face of trying to serve the most disadvantaged in our city.”