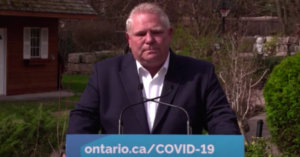 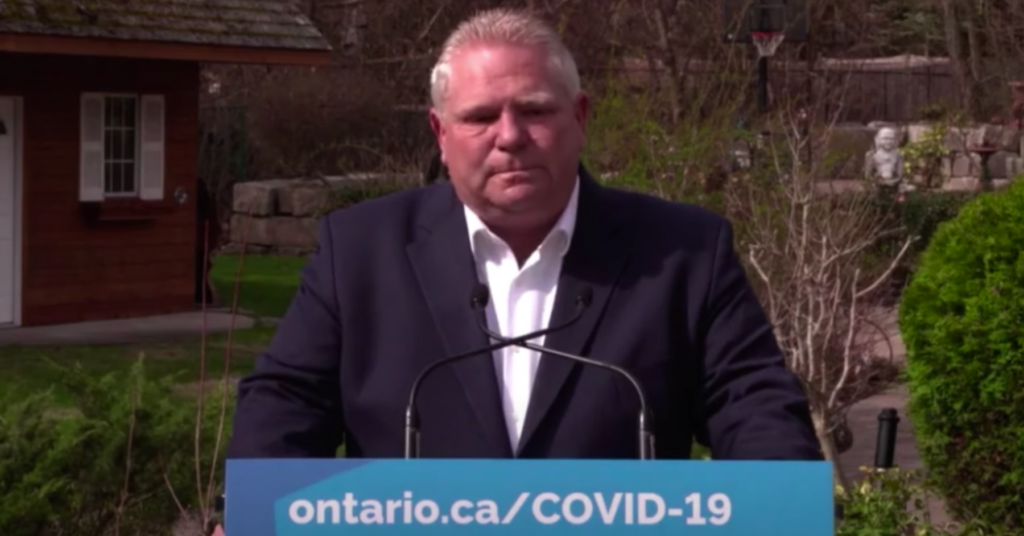 An overwhelming majority of Ontario residents and Conservative voters say they now support paid sick days for all workers as COVID-19 infections rise amid the pandemic’s deadly third wave.

A new poll by StratCom and commissioned by the Ontario Federation of Labour, finds that over four-in-five Canadians agree with the statement: “Governments should make all employers provide paid sick days for all employees.”

“The overwhelming support for governments legislating companies to provide paid sick days for all of their employees took us by surprise,” Smith said, noting that “this policy’s popularity spans age, gender, region and partisan backgrounds.”

“There’s an overall sense of collective solidarity with essential workers from a broad range of people and backgrounds.”

In Ontario, where Premier Doug Ford repealed the province’s existing paid sick leave legislation and has strongly resisted bringing it back at the urging of medical and public health experts, 83% of residents say they support paid sick days.

That includes 61% of Ontarians who say they “strongly” support paid sick days.

Broken down by party, 90% of self-identified Liberals and 93% of NDP supporters indicated that they want paid sick days.

Despite the positions of Doug Ford and Jason Kenney’s right-wing governments, more than two-thirds (69%) of Conservatives said they support paid sick days, with 42% stating that they “strongly agree.”

Patty Coates, President of the Ontario Federation of Labour, said the poll results demonstrate that the debate over paid sick days is over.

“The Premier must provide this basic human right to workers, and he must do it urgently.”

Medical experts have warned that a lack of paid sick days is forcing many people to go to work when they’re sick or symptomatic, risking greater community spread.
Ontario leads the country in total and active infections and hospitals prepare for worst case scenarios as ICUs approach capacity.

Ontario’s workers had the rights to two paid sick days under the Employment Standards Act until the Ford government eliminated those rights, soon after the 2018 election.

#Analysis: If Ontario Premier Doug Ford is defeated in next year’s provincial election, he might look back at this past week as the beginning of the end for his government. https://t.co/AUjGrrgzW3 @EricGrenierCBC

On Thursday, Ford suggested his government was “working” on sick leave, but provided no details.