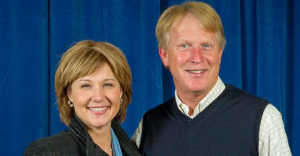 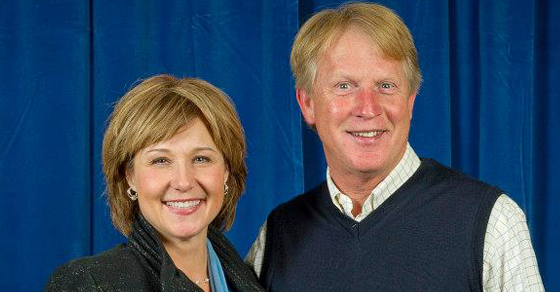 A new report this week shows homelessness in Vancouver has risen dramatically under Christy Clark’s right-wing BC Liberal government.

But it sounds like investment banker turned BC Liberal candidate Steve Housser won’t be doing much to fix the problem – according to Housser, ending homelessness by providing every homeless person with public housing sounds “communistic.”

Asked during an interview on a Nanaimo community TV station last week whether it’s time to approach BC’s homelessness crisis like it’s a human rights issue and prioritize spending on public housing, Housser had trouble wrapping his mind around the concept:

“Are there societies where everybody has a guaranteed right to housing? And if so, what is the level of the housing? It sounds, in a way – and I don’t want to be bad about it – communistic.”

But as Shaw TV host Guy Dauncey would explain to Housser, one communist utopia actually exists just next door in Medicine Hat, Alberta.

In 2009, the southern Alberta city launched an ambitious program to guarantee stable housing to anyone who needs it. In only a few short years, they’ve had success in taking over a thousand people off the streets – that’s only a little under one-third the size of metro Vancouver’s homeless population.

And they found there’s an economic benefit too: Medicine Hat’s mayor points out they’re actually saving money, as it only costs $20,000 to house one person while doing nothing costs $100,000 per person after you factor in the costs for health care, law enforcement and the criminal justice system.

Aside from Medicine Hat, another would-be utopian society with a plan to eliminate homelessness is the City of Vancouver, coincidentally the biggest city in the province Housser hopes to represent.

According to Mayor Gregor Robertson, Vancouver saw homelessness decline moderately during his first three years as mayor until Christy Clark took over the Premier’s office in 2011 and began diverting “billions and billions of dollars” into “projects of questionable merit” – homelessness has been rising ever since.

With 4000+ people homeless and 85 tent camps in @MetroVancouver we need serious action from the next BC gov’t: https://t.co/uXIVkOh0BS

Not only that, BC is currently the only province in Canada that has no poverty reduction plan whatsoever.

This even as data shows BC leads the nation with the biggest gap between rich and poor and the province has the second highest levels of poverty in Canada, with one in five BC children currently living in poverty – even the head of UNICEF Canada has called out Clark’s government for not making “child poverty and child well-being a priority.”

Despite Vancouver’s homeless population growing to historic levels under Clark’s government, BC Liberal Housing Minister Rich Coleman has claimed BC has “the most successful housing strategy for a province and city in Canadian history.”

And as for the poor, Coleman also claims people relying on social assistance in BC should check their privilege because they get “double the annual income of a person in the Third World,” something he says proves “how good this country is.”

Coleman and Housser’s out-of-touch comments echoes something yet another BC Liberal candidate recently said.

BC Liberal incumbent candidate Linda Reimer, who criticized the idea of a poverty reduction plan because she’s not sure “the taxpayer” would approve, was mocked online after releasing a video that strikes a patronizing tone towards the less fortunate.

The video, recently brought to attention by a Port Moody-Coquitlam blog, ends on an awkward note as Reimer brags that one of the upsides of her “fortunate” life is that it has given her “great tolerance” for “people whose lives aren’t as good as mine.”

“Because I’ve felt fortunate, when I look at people whose lives aren’t as good as mine, I have great tolerance and understanding of them.”