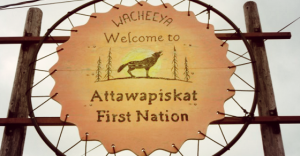 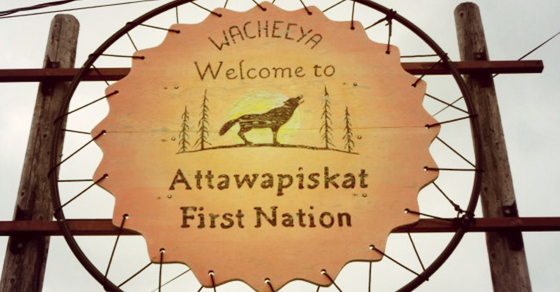 The Canadian Human Rights Tribunal ruled earlier this year that the Canadian government “discriminated against” First Nations children by failing to provide funding for child and family services on an equal basis compared to children elsewhere in Canada.

Experts peg that gap at $200 million each year.

The impact of that gap can be very real: the suicide rate for children under 15 is as much as 50 times higher than the Canadian average in some Northern Ontario First Nations communities, for example.

This week, the First Nations community of Attawapiskat declared a state of emergency after 11 youths attempted suicide in a single night – the community has seen at least 100 suicide attempts since September alone.

Former Attawapiskat resident Chelsea Jane Edwards called the emergency “devastating,” but “not surprising at all”:

“When you’ve been living your entire life in poverty it comes with many issues. They will range from mental health, to inadequate housing, to not having enough to eat because you have to share the food with everyone in the household … The services provided are really inadequate and under-funded … I was depressed every time I would go back.”

In addition to the intergenerational impacts of Canada’s residential schools program, the underlying conditions that created the emergency in Attawapiskat is a result of decades of double-standards and broken promises from federal and provincial governments failing to provide First Nations communities with adequate support.

In its January ruling, the tribunal noted decades of chronic underfunding and discriminatory policies by the Department of Indigenous Affairs were working to “perpetuate the historical disadvantages suffered by Aboriginal peoples, mainly as a result of the Residential Schools system.”

Yet Canada still has not closed the gap.

The Liberal government’s 2016 budget made a good start, pledging $8.4 billion spread over five years on First Nations education, water, housing and other services, although those spending promises don’t square up with what’s actually needed and $3 billion is hypothetical, since it’s spread beyond the next election in 2019.

Cindy Blackstock, head of the group that launched the human rights challenge, says the 2016 budget’s spending promises do not meet the legal obligation spelled out by the tribunal’s ruling.

And the budget offered no new money to fund mental health services.

“Our governments for the last 148 years have knowingly given First Nations children less. And that has been perpetuated by a concept that I call incremental equality – where there are so many crosscutting inequalities for First Nations children that in any given budget cycle the government might given a little bit more money for education, maybe a bit more money for water, but it still falls far short of what other Canadians get.”