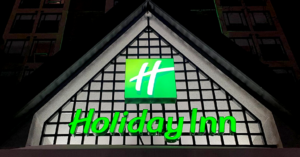 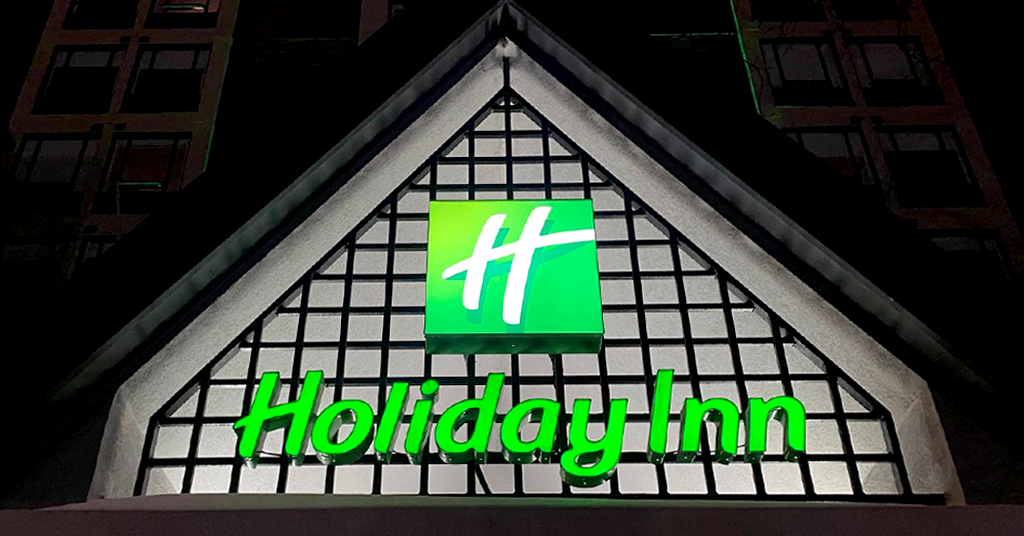 One of the ringleaders of the anti-vaxxer occupation of Canada’s national capital is thanking management at the Holiday Inn in downtown Ottawa for allowing him to establish a home base where protesters can take warm showers and resupply.

Holiday Inn management won’t comment on videos showing large groups of unmasked protesters lounging in the hotel lobby, but hotel staff told PressProgress the hotel plans to continue welcoming the protesters that have shut down Ottawa for several days – including if more return next weekend.

Over the weekend, Pat King, one of the main convoy organizers, broadcast a livestream video telling protesters they could head to the Holiday Inn Downtown Ottawa on Queen Street where they could find warm showers and free meals.

“Truckers, those that are out there, you have showers at the Holiday Inn at 402 Queen Street,” King says in the livestream video.

“I have four rooms here that are established for those truckers that need showers.”

In another livestream video, King repeats his open invitation for protesters to come down to the Holiday Inn to take a shower, emphasizing that “the rooms are available, the front desk guys know.”

King also gave a special “shout out” to the Holiday Inn for accommodating convoy protesters.

“I want to give a shout out to the Holiday Inn, the Holiday Inn in Ottawa downtown, 402 Queen Street,” King says in the livestream. “You guys are the bomb.”

“You guys have tolerated everybody there, we’ve controlled that room very peacefully, we’ve held that ground for this whole time, and we’ve worked you guys side-by-side.”

“Thank you so much to the Holiday Inn.”

“Ladies and gentlemen, I want everybody to go to the Holiday Inn at 402 Queen Street, type into the Google Internet button machine, and send them all the love that you can. Those guys did phenomenal. They have done the most phenomenal work I have ever seen anybody do in my life. They work hard, they’ve provided and they’re understaffed and overbooked, so good job.”

In another livestream broadcast from the Holiday Inn’s lobby, King shows viewers 15 or more protesters hanging out in a lounge area next to the hotel’s front desk hanging out without masks or social distancing.

Peter Wilson, General Manager of the Holiday Inn Downtown Ottawa, did not respond to several requests for comment from PressProgress.

IHG Hotels, the corporate parent of Holiday Inn also did not respond to multiple requests for comment.

The City of Ottawa said it is “looking into” videos of unmasked protesters gathered in the lobby of the Holiday Inn, but noted violations of public health rules normally handled by City By-law are being handed-off to Ottawa Police during the protest.

“Service requests relating to the demonstration are being redirected to OPS, including complaints relating to provincial regulations,” Roger Chapman, Director of the City of Ottawa’s By-law and Regulatory Services, told PressProgress.

“BLRS continues to respond to service requests pertaining to City by-laws and provincial regulations that are unrelated to the on-going demonstration.”

Holiday Inn staff told PressProgress that while it’s “understandable” guests may have safety concerns about sharing a hotel with unmasked convoy protesters, they confirmed the hotel is allowing them to book rooms — including if protesters plan to to descend on the capital again next weekend.

“Our property does allow guests to check-in on our premises if they are vaccinated,” Holiday Inn staff said. “If not fully-vaccinated, they’ll use a mask throughout the entire premises.”

Holiday Inn staff said they don’t know how many protesters are currently staying at their hotel, explaining they do not screen guests, but noted it is possible protesters may be renting rooms in bulk at discounted rates.

On Wednesday, Ottawa Police said they have received “intelligence” indicating that the anti-vax protesters will return in large numbers again next weekend, stating that the demonstration is evolving into a “long-term plan to occupy our streets.”

Ottawa Police Chief Peter Sloly said police believe the convoy has received “significant” foreign-funding from sources in the United States and suggested the Canadian military may need to be deployed to help end the occupation. 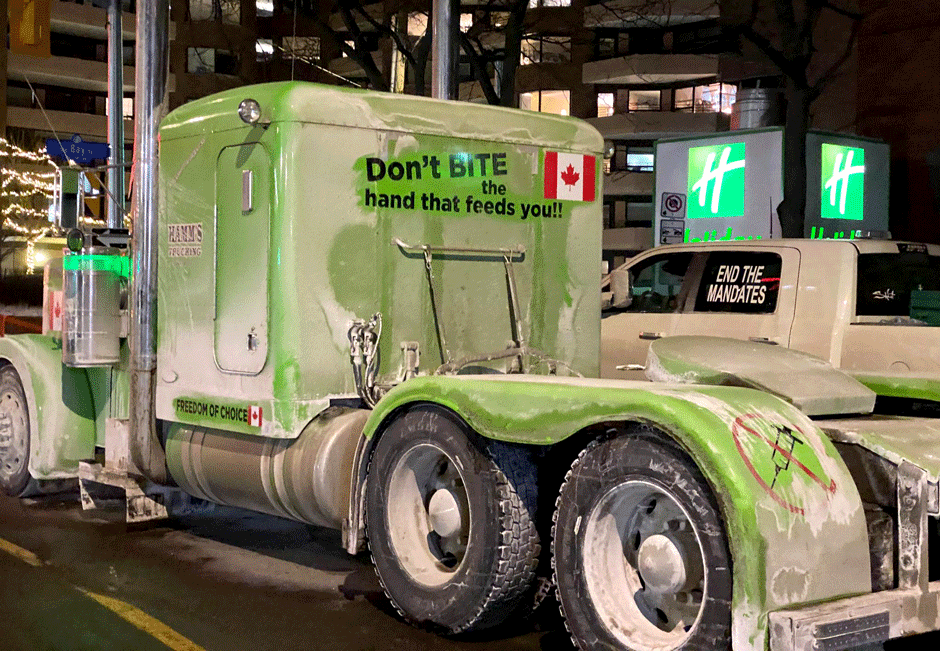 The Ottawa Gatineau Hotel Association, which represents 56 hotels across the national capital region, was unable to say if they’ve heard concerns from their members or had discussions about the use of area hotels in support of the occupation of Ottawa streets.

“This is a fluid situation and because of that we can’t comment on specific media questions,” OGHA President Steve Ball told PressProgress.

“The OGHA is working with our affected members and the community at large.”

A few days earlier, Ball told CityNews that some of his members had been reporting a surge in bookings in advance of next weekend.

On Tuesday night, the front entrance of the Holiday Inn Downtown Ottawa was surrounded by more than a dozen vehicles displaying signs, including ones opposing vaccines and expressing support for Alberta Separatism.

With files from Mitchell Thompson