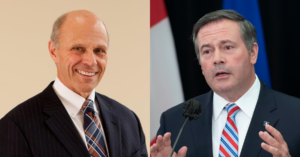 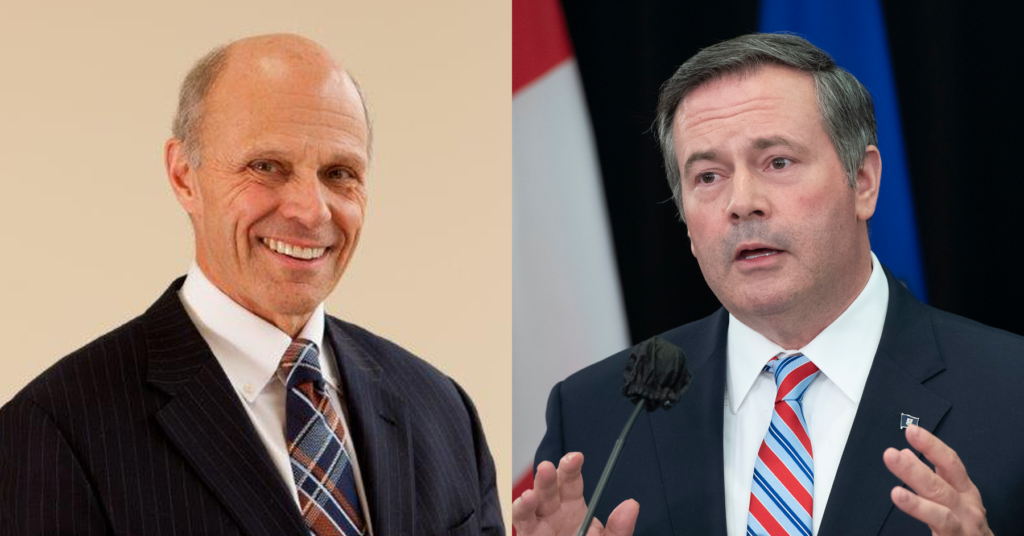 Letter sent to environmental groups is a “bit of a head scratcher,” Greenpeace says

After two years and $3.5 million, the investigation into Anti-Alberta Energy campaigns is notifying environmental groups that it has found no evidence they’ve engaged in “unlawful” activity.

The anti-Alberta inquiry just sent out a press release late on a Friday announcing that after missing three deadlines it has sent notices to 40 organizations asking them for responses to the Inquiry’s research “gathered from public sources”: pic.twitter.com/lKY2JoP4jM

Greenpeace Canada and Environmental Defense both confirmed to PressProgress they’ve received the Inquiry’s letter telling them they have less than a month to respond to unspecified allegations against them.

“Through the work of the Inquiry, I have identified your organization (“you”) as being potentially involved in an anti-Alberta energy campaign(s) and accordingly am granting you standing as a Participant for Response.” the letter reads. “This letter serves as your formal notice of potential findings that may be made in respect of you and of the evidence upon which those potential findings may be based.” 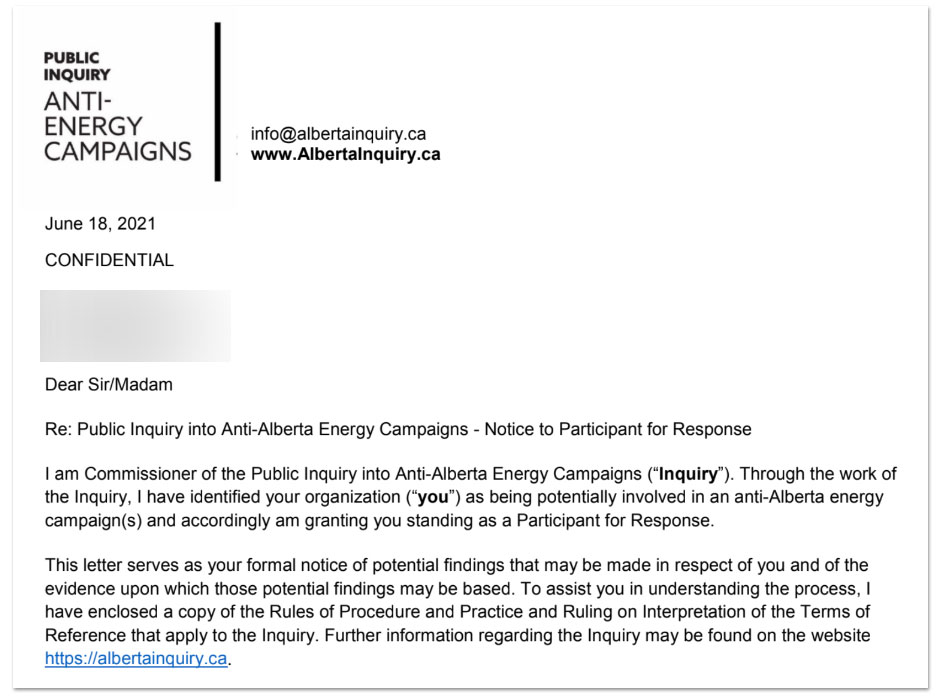 Missing from the letters were specific allegations of any sort, which puts the Inquiry’s legal right to make an allegation public on shaky legal ground, argues Greenpeace Canada.

“This isn’t actually the formal notice of findings they are required to give us, and we’ll be sending them a formal response from our legal counsel. Not that they replied to the three earlier letters our lawyer sent them.”

The inquiry’s letter further states its evidence was “primarily” taken from information publicly available online, including websites and government filings the organizations have already published themselves.

Paradoxically, it also makes clear that the recipients, a number of whom received identical letters according to Stuart, were not found to have acted unlawfully over the course of the two year investigation.

“The Commissioner admits that we did nothing wrong,” Stuart said.

“Second,” Stuart added, “they claim that they’ll only use publicly available information … They won’t use any information from their interviews, submissions or other research the Inquiry presumably undertook over the last two years.”

According to the letter signed by Inquiry Commissioner Steve Allan:

“The evidence the Commissioner intends to rely on for potential findings has been researched and gathered from public sources of information such as websites, primarily published by the organizations, public statements by organization officials and public filings with regulatory authorities,” the Inquiry’s letter adds.

Greenpeace Canada and Environmental Defense have been promised access to a “data room,” sometime in the near future, which will be a digital collection of evidence, but the Inquiry states it won’t publish any material that isn’t already available publicly.

Environmental Defense provided PressProgress with the letter it received, but spokesperson Stephanie Kohls says the organization is waiting for access to the “data room” and hopes to respond later this week.

Under the deadline the Inquiry provided, the 40 selected “participants for response” have until mid-July to respond, giving Allan and his team only two weeks to examine any input they receive before submitting their final report.

Asked whether any independent research or data collected by the Inquiry over the last two years will be included in its final report, Inquiry spokesperson Alan Boras told PressProgress Albertans will have to wait to find out.

“Given that the Final Report is not final and the Inquiry is in the midst of the Participants for Response portion of the Engagement Process, it’s not possible to say what will be in the Final Report,” Boras said.