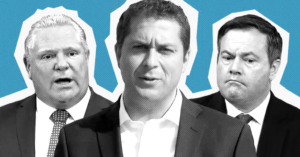 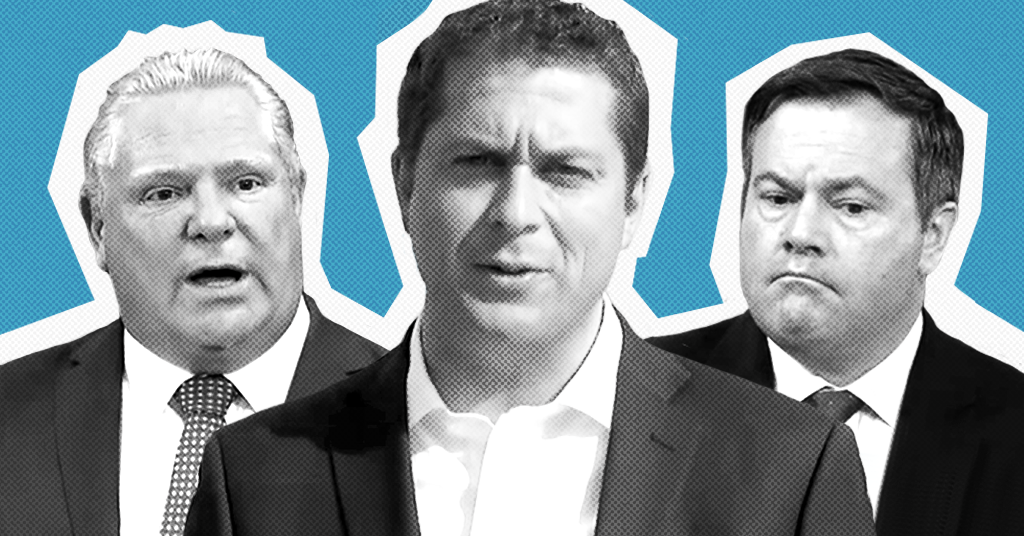 Andrew Scheer, Doug Ford and Jason Kenney All Ignored the Existence of Unions on Labour Day

Welcome to the Conservatives’ ‘War on Labour Day’

The leaders of three of Canada’s biggest conservative parties all chose to ignore the existence of unions and the labour movement this Labour Day.

The holiday, which was born out of the 1872 Toronto Printers’ Strike and the fight against 12-hour work days, is traditionally observed as a day to recognize the contributions of unions and the labour movement to Canadian society.

To be clear, most of Canada’s political leaders managed to connect the dots between Labour Day and labour unions.

Wishing a happy and safe Labour Day to Canadians across the country! https://t.co/YuB54BMJHW

Happy #LabourDay from Toronto!! Workers have been, and will continue to be, at the centre of the work we do as New Democrats. In solidarity, let’s keep fighting for a more just world and a fairer economy for all Canadians ?? #CanLab pic.twitter.com/KcqiWqY5ba

Scheer tweeted Monday afternoon that he hopes everyone enjoys their “break before getting back to the grind.”

It’s Labour Day! I hope everyone gets the chance to spend the holiday with family and friends, and takes a well-deserved break before getting back to the grind. https://t.co/2q9OsH0rvx pic.twitter.com/1KZtOM1C7D

As many noted, Scheer kind of missed the point of the holiday in a big way:

And nothing about the actual meaning of Labour Day. https://t.co/3nQxq32lnK

No mention of the contribution of working people, the sacrifice of those who bargained — and sometime went on strike for — conditions, wages and benefits inherited by the next generation of workers, or the role of labour political action in establishing social programs for all https://t.co/qKuYHgaA5l

But, in fairness to Scheer, at least he recognized Labour Day is a statutory holiday.

The only mention of “Labour Day” on Ontario Premier Doug Ford’s Twitter feed Monday was a quick shout out hyping up a CFL football game.

The only mention of Labour Day on the Government of Ontario’s website is a joint statement from Ford and Labour Minister Laurie Scott that makes zero mention of labour unions or the achievements of the labour movement.

It does, however, brag about the province’s “natural resources,” “well-educated population” and business-friendly environment – in other words, a Labour Day message that might as well have been addressed to big business CEOs.

Meanwhile in Alberta, UCP leader Jason Kenney recognized the “dignity of work,” but had nothing to say about unions or labour movement either:

On Labour Day, thank you to all the working men and women who have made our province great. Also thinking about the nearly 167,000 unemployed Albertans who want to work but are unable to find a job. Hoping they will soon enjoy the dignity of work. pic.twitter.com/WtphgrFiBi

That’s surprising, considering Kenney is usually so eager to tweet about unions.

Kenney has tweeted messages bashing unions countless times of the years, from denouncing Alberta’s labour laws to tweeting his support for Bill C-377, an anti-union law rammed through by Stephen Harper’s Conservatives that legal experts widely agreed was most likely unconstitutional.

In 2013, Kenney got himself in trouble bragging about having non-unionized staff after forcing them to work past midnight – Kenney quickly deleted his tweet.

It’s also surprising considering Kenney is usually a stickler for language when it comes to observing statutory holidays.

Kenney, who believes Canada’s “Christian patrimony” is under assault by Marxist academics, fancies himself a foot soldier in the “War on Christmas” – a controversy largely manufactured by Fox News to convince conservatives there is a concerted effort to stop everyone from saying “Merry Christmas.”

Last year, Kenney was ridiculed after he complained to the Calgary Sun that the left thinks “saying Merry Christmas is hateful.”