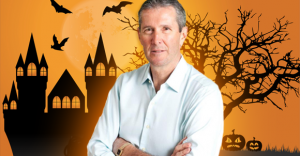 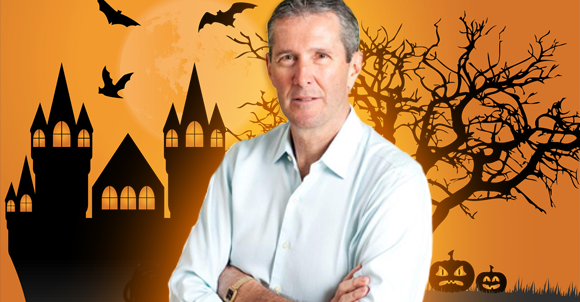 An important message from Manitoba’s PC leader: “I hate Halloween”

Have you ever woken up in a panic in the middle of the night drenched in a cold sweat and asked yourself: does Manitoba Progressive Conservative leader Brian Pallister even like Halloween?

Have you ever woken up in a panic in the middle of the night drenched in a cold sweat and asked yourself: does Manitoba Progressive Conservative leader Brian Pallister even like Halloween?

Who hasn’t asked themselves that question?

But now thanks to a haunting audio recording posted to YouTube on the eve of Halloween, we might finally be able to put an end to Manitoba’s greatest mystery of all – Brian Pallister hates Halloween!

“I hate Halloween,” Pallister says on the recording. “I always have.”

Pallister adds that he doesn’t care for “the deceit” of wearing Halloween costumes and says trick or treating is not “good for the integrity of the kids.”

“I hate Halloween; I always have. I was big as a kid and, you know, everybody knew who I was. It didn’t matter what I put on, it didn’t matter what costume I wore, they knew it was me–right?–but everybody else was pretty much the same size. I just couldn’t tell who people were. It wasn’t fun for me and I’ve never liked it ever since. I don’t like the deceit of it. I don’t like the holiday and I never will. I don’t like trick or treat. I think it’s–I don’t think it’s good for the integrity of the kids.”

Pallister’s previously unreported comments were made in the Manitoba Legislature last November.

While Pallister may have been attempting to articulate an analogy about the Manitoba government, it seems he’s raised more questions about his views on Halloween.

Only a year before making his views on Halloween known, Pallister wished Manitoba’s “infidel atheists” a merry Christmas, though he confessed “I don’t know what you celebrate during the holiday season – I myself celebrate the birth of Christ.”