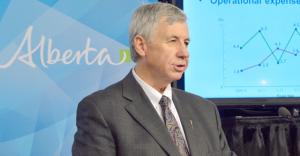 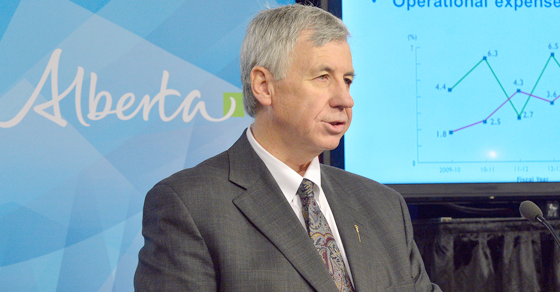 The man who used to be in charge of Alberta's climate change strategy has a new job: defending coal.

The man who used to be in charge of Alberta’s climate change strategy has a new job: defending coal.

“Mr. Campbell understands the issues and challenges facing the coal industry and is well-positioned to be an effective voice in promoting the value of the industry in Alberta and across Canada,” CAC Chairman John Schadan said in a non-ironic statement released to the media.

The Calgary Herald points out Campbell is so well-positioned, Alberta’s conflict of interest rules appear to prohibit him from “lobbying the government for a year from the date he ceased to be in cabinet.”

Campbell was also praised for his “track record.” In 2014, Campbell announced a new energy efficiency program that never actually materialized.

Alberta’s auditor general previously blamed Campbell and his ministry for failing to report on its own greenhouse gas reduction strategy six years in a row.

“Ministerial oversight has been lacking because good oversight would have insisted on there being good results reporting,” said Auditor General Merwan Saher at the time.

Alberta Premier Rachel Notley announced she will be accelerating the phase-out of the province’s coal-fired power plants in an effort to meet Alberta’s climate targets.

CAC said Notley’s announcement made them “anxious” as “there currently exists a process to phase out coal within Canadian federal regulations to date.”

But former PC Premier Jim Prentice, who Campbell supported as leader and served as his finance minister, also promised to phase out Alberta’s coal-fired power plants, going so far as to say that “coal is the source of most of the carbon emissions in the atmosphere.”

In his statement, Schadan asserted Campbell is “the right choice to lead the Association moving forward.”