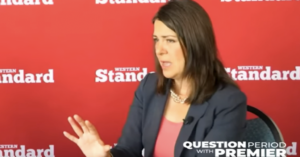 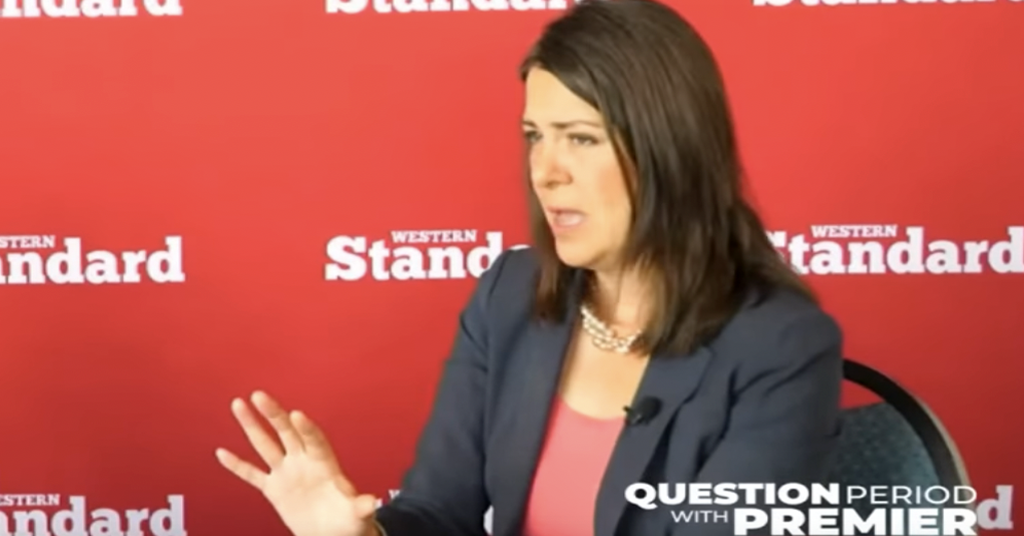 This article is more than 3 months old
News

Smith has recently made a number of statements casting the AHS in a conspiratorial light.

“I think that the staffing shortages have been manufactured by the bad decisions Alberta Health Services,” Smith told UCP members at the party’s Annual General Meeting last weekend.

During an interview with Derek Fildebrandt of the right-wing Western Standard website, Smith went further, alleging the AHS and the World Economic Forum have teamed up.

“I must tell you, I believe that Alberta Health Services is the source of a lot of the problems that we’ve had,” Smith told The Western Standard. “They signed some kind of partnership with the World Economic Forum right in the middle of the pandemic – we’ve got to address that.”

“Why in the world do we have anything to do with the World Economic Forum? That’s got to end.”

Smith went on to criticize AHS medical experts for refusing to authorize the use of unsafe alternative “therapeutic” medicines for use in treating COVID-19.

“I think that the experts let us down, so I’m not interested in taking any advice from them.”

Smith has openly advocated for the use of  ivermectin as an alternative “therapeutic” option for treating COVID-19 — despite medical experts strongly warning that the drug is unsafe to use for COVID-19.

In a video posted to social media, Smith previously indicated she travelled to the United States to obtain the “illicit” drug, which she described as a “therapeutic.”

Smith said she is cancelling the agreement between AHS and the WEF, which saw the province participate in a coalition about health care delivery.

“She listens to conspiracy theories. She believes that there’s some sort of shadow world government out there, led primarily by the WEF, and other international organizations,” Keith Brownsey, a political analyst at Mount Royal University told PressProgress.

“Instead of attacking AHS the Smith government should be working with them to attract healthcare professionals to Alberta, and settle long running disputes about working conditions especially for nurses. But that’s not what they’re doing.”

“Danielle Smith believes that she knows better than people who have studied these issues their entire adult lives. It’s not common sense she uses, it’s fringe conspiracy theory,” Brownsey added.

She has also indicated she plans to fire the Alberta Health Service board by year end. Labour organizations representing health sector workers are meeting in anticipation of system “chaos” from the new Premier.

“Premier Smith referred to it as a manufactured staffing shortage. And in a strange way, we agree in that their government did manufacture this crisis with the decisions they made,” Chris Galloway, Executive Director of Friends of Medicare told PressProgress.

“Talk of more firings. More restructurings more chaos is only going to make our issues worse. Right now our system is struggling and failing people. And that’s where we need to focus,” Galloway added.

“We don’t need to be having symbolic firings.”

Galloway says Friends of Medicare plans to “escalate the pressure” should they fail to get the attention of the Health Minister.

“We see what Danielle Smith is up to,” Alberta Federation of Labour President Gil McGowan told PressProgress.

“She’s using the chaos that the UCP itself created as a pretext to break the system and replace it with a privatized Americanized system,” McGowan continued, describing Smith as an “ideological libertarian.”