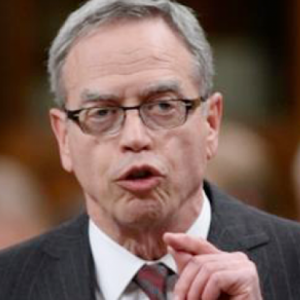 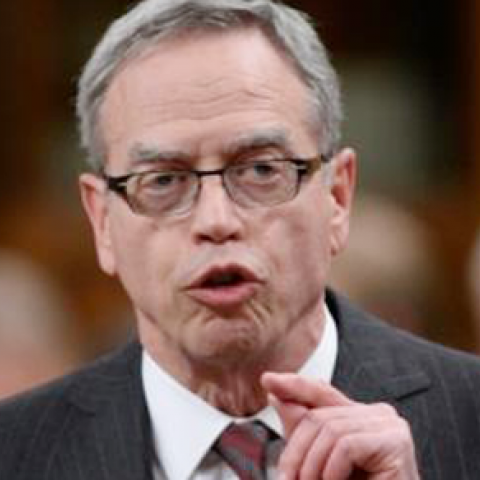 Hyperbole alert! Finance Minister Joe Oliver delivered his budget on Tuesday. Here’s seven problems with what Oliver had to say about the state of Canada’s fiscal affairs: 1. But is the world an ocean of chaos? And is Canada an island of stability? Joe Oliver says: “Around the world, many nations — including some of […]

Finance Minister Joe Oliver delivered his budget on Tuesday. Here’s seven problems with what Oliver had to say about the state of Canada’s fiscal affairs:

1. But is the world an ocean of chaos? And is Canada an island of stability?

“Around the world, many nations — including some of our friends and allies — remain mired in a struggle for fiscal security … Still the news for Canada is, by and large, good. Amid the tumult, our country remains a beacon of economic stability and security built on a foundation of sound financial management.”

According to Oliver’s own budget, the recent drop in oil prices is going to mean chaos for Canada.

“As a producer and net exporter of crude oil,” the budget says Canada will see “a significant downward revision to the outlook for economy-wide prices and therefore, nominal GDP.” And what of the rest of the world? Low oil prices “will be generally positive for global growth,” says the budget — particularly for countries that import oil.

But although it projects “weaker investment and hiring within the energy sector,” the government says low oil prices could (eventually) lead to “positive impacts” for other sectors of the economy. Just probably not in the near future.

“Mr. Speaker, our economy is now substantially larger than it was pre-recession, a performance that remains the envy of the G-7. International observers expect Canada’s growth — already ahead of our peers during the recovery — to continue to be solid…”

What else? Economists predict oil prices won’t rise above $65 this year, and predict a gradual climb to $80 by 2019 (in other words, even after four years, oil isn’t expected to return to recent highs).

But since he seems to think the economy is so “solid,” maybe that explains why the budget doesn’t really include anything to stabilize Alberta’s economy?

3. If Canada is the story of “opportunity,” is this the chapter where “opportunity” takes a nap?

“The story of Canada is — has always been — the story of opportunity. Opportunity is what has drawn people here from around the world, generation after generation … Opportunity for themselves and for their families, the opportunity to work hard, dream big, and achieve those dreams.”

4. Is reducing revenues to historic lows something worth bragging about?

“We have cut taxes to their lowest level in more than half a century.”

While the Conservatives can correctly take credit for reducing revenues to historic lows, it’s not clear that’s something worth taking credit for — that’s the reason Canada didn’t have a balanced budget in the first place. And you don’t really think average families are the ones who’ve benefitted from all these tax cuts, do you?

5. Why are Conservatives taking credit for paying down the debt if they didn’t do anything?

“When our government first came to power, we worked hard to reduce Canada’s substantial federal debt. We did it in short order, by more than $37 billion.”

Here’s what Clark and Devries has to say about the Conservatives’ fiscal record:

“How does this compare to the Harper government’s fiscal record? In 2006-07, the Conservatives inherited a surplus of $13.8 billion — which they turned into a deficit of $5.8 billion within two years.

Since then, they have been in deficit each and every year. In 2009-10, the deficit reached its peak of 3.5 per cent of GDP. They are desperate now to show a surplus in 2015-16 — one surplus in nine years. Since Harper was elected, the federal debt has increased by over $150 billion.”

6. Can you borrow your way to prosperity or can’t you?

“We cannot borrow our way to prosperity — no matter what our opponents might say.”

But a short time later, Oliver says “in times of crisis, a deficit may be the appropriate action.”

So can you or can’t you? Both these statements can’t be true.

7. Joe Oliver, how dumb do you think Canadians are, really?

“We are the only government in our nation’s history to reduce Canada’s greenhouse gas emissions — proof that emissions can decline even as economic growth increases.”

Really? The same government led by Stephen Harper, who only a few short months ago called the idea of reducing carbon emissions a “crazy economic policy”?