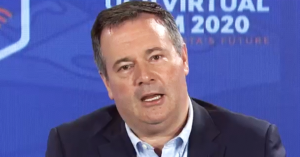 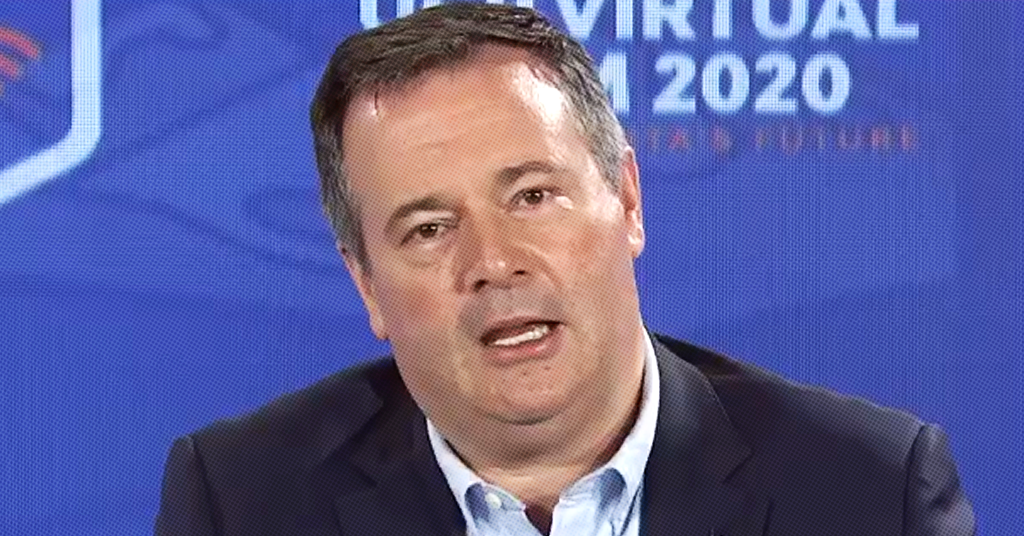 Get ready for more privatization, cuts to public services and job losses

Jason Kenney’s United Conservative Party held its 2020 annual general meeting over the weekend and several hundred party members gave Kenney a mandate to push for policies that are extreme even by the UCP’s standards.

From healthcare to services to workers’ rights, the policy resolutions ratified at the UCP AGM give Kenney the social license of his party’s membership to pursue an extreme right-wing policy agenda.

In fact, every single proposed policy resolution received majority support from the 845 party members who participated in the virtual AGM.

As the Alberta Federation of Labour observed, “the UCP appears intent on doubling-down on a mean-spirited ideological agenda.”

Here’s a closer look at a few of the policy resolutions that were officially approved by Kenney’s party:

The most alarming policy resolution at the UCP AGM was policy 11, which calls on the party to support “support the option of a privately-funded and privately-managed healthcare system.”

That resolution passed with 52.7% support of the UCP’s membership.

The policy resolution misleadingly suggests the move to privatize Alberta’s healthcare system is necessary because doctors are  “upset that there is no more money in the public purse.” In fact, the new policy follows months of unnecessary cuts to healthcare and Kenney’s healthcare minister picking fights with doctors.

Alberta is now on track to adopt Alabama-style labour laws after the UCP passed policy 3, which aims to “make Alberta a right-to-work jurisdiction.”

The policy resolution explains that it would make “changes to labour legislation, such that no worker can be required to join a collective bargaining unit” and “no employer can be compelled to deduct union dues” — changes that would effectively wipe out labour unions, drive down wages and eliminate job security for workers.

The UCP’s policy 22 proposes to ensure “publicly funded organizations, institutions and services do not encroach upon the realm of free enterprise in Alberta.”

While it’s unclear what this actually means or which publicly-funded organizations would be targeted for interfering with the private sector, the policy appears to imply any organization that provides things for free as a public good would be prohibited from doing so in order to help private business interests.

“There are many examples where publicly funded agencies or institutions provide products and services in direct competition with Alberta businesses,” the resolutoin explains. “As such, private businesses find themselves at a competitive disadvantage when competing against those whose wages, equipment and/or materials are subsidized by taxpayers.”

Kenney’s ongoing squabbles with Alberta’s mayors will also likely continue into the future following the passage of policy 29, which could force some cities to make cuts to their municipal services.

The policy resolution states that the Government of Alberta should “not allow municipal governments to run budget deficits.” The resolution complains that cities are spending too much money due to the COVID-19 pandemic and, despite the public health emergency, the provincial government should step in to reign cities in.

“The only way that municipal governments will be forced to reduce spending and realign budgets to focus only on the programs and services that are truly needed, is to maintain the hard cap on how much they can spend,” the resolution states.

In the wake of 11,000 health care workers being laid off by Health Minister Tyler Shandro last week, the UCP has also adopted a policy to do more of the same for the rest of the public sector workforce: Policy 7 would see additional union jobs in the health sector be contracted out to private companies.

The policy resolution calls on the UCP to “contract out the delivery of non-essential … and selected ancillary services to the private sector,” explaining that this is needed in order to be “consistent with the party’s principle of limited government.”

A Referendum on equalization

The UCP’s policy 2 also passed, a policy resolution that calls for Alberta to “hold a provincial referendum to determine if Albertans wish to re-negotiate section 36.2 of the Constitution Act, Equalization payments to provinces.”

Referendums to stop the United Nations and World Health Organization

Speaking of referendums, policy 27 aims to make them a regular occurrence by adopting “legislation that makes possible citizen initiated referendums.”

The policy resolution, which was put forward by UCP MLA Grant Hunter’s constituency association, explains that this policy is needed in order to protect Albertans from unspecified threats to democracy posed by the United Nations and the World Health Organization.

“This ensures that democracy has a voice in spite of public pressures exerted by the Media, the Federal Government, the United Nations, the World Health Organization, Unions or any other group trying to push agendas on the people of Alberta,” the resolution explains.