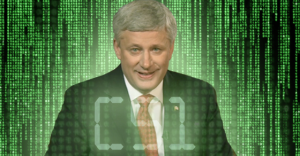 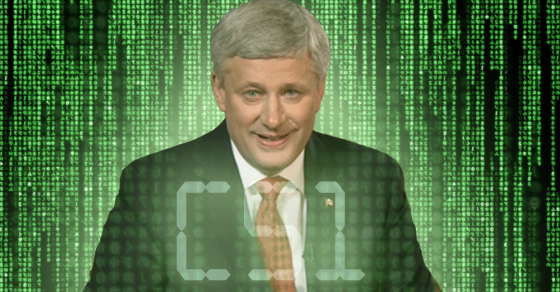 Bill C-51 just passed the Senate and is now on its way to becoming law.

Bill C-51 just passed the Senate and is now on its way to becoming law.

Since it was first introduced in January, C-51 has come under fire from all sides of the political spectrum, with traditional conservative allies, business leaders, gun owners, one of Harper’s own MPs and even Rex Murphy ringing alarm bells.

But did the Conservatives listen? Nope. Instead they insulted critics (what else is new?) and offered up some of the most patronizing, absurd, ridiculous and maybe dumbest arguments a Canadian government has ever offered its citizens in the history of our democracy.

Don’t believe it? Here’s six times the government blatantly insulted the intelligence of Canadians during the C-51 debate:

1. That time Steven Blaney used the Holocaust to justify new powers under C-51

Yes, he really did that.

At a committee hearing, Public Safety Minister Steven Blaney said the government needed new powers because “the Holocaust did not begin in the gas chambers, it began with words.” When challenged by the NDP’s Randall Garrison for using “over-inflated rhetoric,” Blaney defended his exaggerations saying “let’s call a cat a cat”:

Garrison went on to ask Blaney if he was worried that “hatred begins with words,” why did his Conservative government remove hate speech provisions in the Human Rights Act in 2013? Blaney changed the subject.

2. That time a Conservative MP used air quotes to dismiss “rule of law” or “whatever”

During the final day of parliamentary hearings on C-51, Conservative MP Diane Ablonczy used air quotes to dismiss an amendment, first proposed by the Canadian Bar Association, that would have put into writing that Canadian judges couldn’t authorize violations of the Charter of Rights and Freedoms.

Ablonczy: “Now the judge has to also consider … something like ‘rule of law’, they have to consider things like ‘principles of fundamental justice,’ whatever that is … There would be such a morass of opinions and considerations that action would be pretty much at a stalemate.”

Translation: Forcing judges to think about this so-called “rule of law” is just a big waste of everyone’s time.

During the clause-by-clause review of C-51, Ablonczy also accused the Green Party of putting Canada’s national security interests at risk by putting “barriers in the way of protecting Canadian society against terrorism and terror threats.”

Those “barriers” being, you know, “the constitution of Canada”…

3. That time the Conservatives posted real “terrorist propaganda” on Facebook that probably would have violated their own law

C-51 includes provisions aimed at “terrorist propaganda” and promoting “terrorist offences in general”, ostensibly targeting violent ideologues and fundamentalists. The vagueness of this language has been widely criticized since it leaves open the potential to criminalize legitimate news, speech, and debate.

So when the Conservatives decided to use a real threat by the terrorist group Al-Shabaab on the West Edmonton Mall to collect names that could be used for future outreach and fundraising activities, PressProgress wondered if maybe the Conservatives broke their own law? Bill C-51 defines “terrorist propaganda” as “any writing, sign, visible representation, or audio recording that advocates or promotes the commission of terrorism offences in general.”

According to legal experts who later spoke to Maclean’s and CTV, the Conservatives maybe did break their own law, which just goes to show how vague and broad C-51 really is. Oops!

4. Those times all those Conservative MPs accused critics of spreading “conspiracy theories”

Facing plummeting public support for their bill and near ubiquitous condemnation in the press, the Conservatives might have stopped shutting down debate and tried to improve C-51. Instead, they accused their critics of failing to “read the bill” and “spreading conspiracy theories”.

Those words came from Conservative MP LaVar Payne, but Payne was soon joined by a chorus of others including Tony Clement, who trivialized C-51 criticism by calling it an “esoteric debate for law professors”; Daryl Kramp, who told a Belleville newspaper that critics of C-51 have their, “information dead wrong… They’re quoting rumours and they’re quoting mistruths”; and Roxanne James, who called criticism of C-51 “unhelpful” and accused critics of spreading “misinformation”.

James went on to argue that no one had actually identified the offending sections that threatened Canadians’ personal freedom because they hadn’t “read the bill”.

The office of MP Daryl Kramp, chair of the same Public Safety Committee charged with studying Bill C-51, called police on a group of protesters in Belleville, Ontario this week who were being “noisy”.

What threat did these trouble makers pose to national security? According to police, they allegedly sang songs: 6. That time a Conservative MP questioned the loyalty of business leaders who raised concerns about C-51

During the final Commons debate on C-51, Conservative MP Laurie Hawn wondered if tech companies who questioned the sweeping scope of surveillance and disruption provisions in the legislation were properly aligned with Canadian values?

Responding to opposition New Democrats citing an open letter to the government signed by 60 business leaders opposing Bill C-51, Hawn suggested any of those business who are “profiting” off the dispersal of terrorist propaganda “should seriously reconsider their business model and their lack of commitment to the values that bind us as Canadians”. He seriously said that:

The letter, signed by executives from Canadian tech companies like Shopify, OpenText, Hootsuite and Slack had argued:

“As it stands, C-51 criminalizes language in excessively broad terms that may place the authors of innocent tweets and the operators of online platforms such as Facebook, and Twitter, along with Canada’s Hootsuite and Slack, at risk of criminal sanction for activities carried out on their sites.”

Having failed to explain how such remarks amounted to a betrayal of “Canadian values” Hawn later apologized, saying his remarks had been “misinterpreted.”