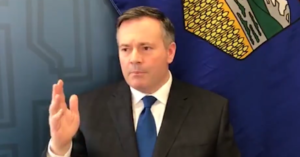 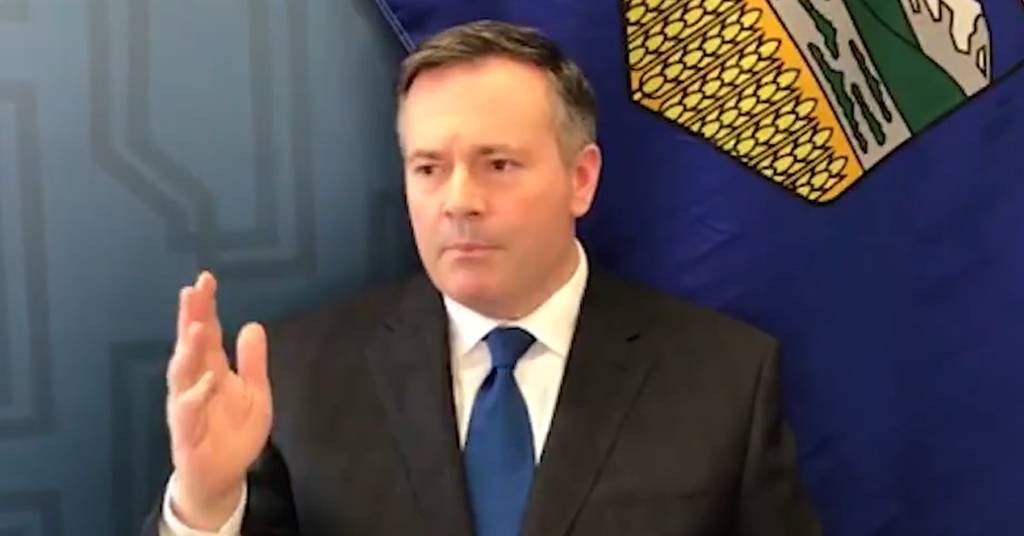 Jason Kenney thought he could weasel his way out of voting on a bill designed to protect women from harassment by aggressive anti-abortion activists, but it’s not quite going as planned.

Kenney, the leader of Alberta’s United Conservative Party, does not support the bill.

While Kenney says he has no interest in “divisive social issues,” he fails to mention his long and well-documented record opposing laws designed to protect women from aggressive anti-abortion activists.

In 1999, after police arrested four anti-abortion activists for harassing women at a Toronto abortion clinic, Kenney stood in the House of Commons and denounced laws “prohibiting Canadians who oppose abortion on demand from expressing that view.”

In a September 2000 interview with an evangelical magazine, Kenney went further, claiming the idea that women are harassed outside abortion clinics is “a completely groundless myth invented to justify this violation of freedom.”

It’s also worth remembering that during his days at the University of San Francisco, the young “anti-abortion activist” was himself accused of “intimidating” women’s law students working to promote abortion rights.

Here’s how Kenney is now trying to weasel out of his responsibility to represent his constituents and vote on a bill designed to protect women:

1. Jason Kenney’s UCP walk out of the Alberta Legislature

This week, Kenney’s entire UCP caucus stood up and walked out of the House rather than exercise their free speech and debate Bill 9.

So I toddled into the chamber for the Bill 9 debate (creating 50m buffer zones around abortion clinics). Kenney has already said he’ll abstain from voting — his entire caucus is abstaining from even talking about it. Not a single UCP MLA in the house. #ableg

Following the UCP’s stunt, the Edmonton Journal issued a remarkable editorial calling Kenney a coward and accused the UCP of refusing to do their jobs:

“Opponents who cry freedom of speech should direct their anger not at the NDP government but at the official Opposition UCP for failing to represent them and their views in the legislature … when (Kenney’s) entire caucus walked out of legislature chambers Tuesday night to avoid debating the bill – that amounts to political cowardice and a disgraceful dereliction of their duties as MLAs.

They should be ashamed.”

The Journal’s Paula Simons also had strong words for the “craven cowardice” of Jason Kenney:

“No one needed to paint Kenney as an extremist. He picked up the brush himself and splashed the paint all over.”

2. Jason Kenney’s UCP claim they are the real victims

After discovering walking off the job isn’t a good look, the UCP tried something else.

Confronted by journalists over why the UCP refused to debate legislation designed to protect women from harassment, UCP Deputy House Leader Angela Pitt claimed the UCP had no choice but to leave because of hecklers.

“They were extremely rude,” Pitts said. “We’re refusing to participate in that.”

While a review of the tape left some to conclude the UCP caucus was not being “drowned out” by heckling, many noted women harassed by aggressive anti-abortion activists would be subjected to far worse under Kenney’s UCP.

If that were true (and we all know it’s not), you’ve just proven you will not subject yourself to what you are forcing women accessing a legal healthcare procedure to do every, single day. #ableg #hypocrite https://t.co/ZZr4vlNUUK

This is an all new level of irony. Won’t protect physicians, nurses & patients from being harassed, demeaned, degraded when seeking medical treatment, won’t show up for work under guise of being “heckled”. I. Can. Not. Even. #ableg pic.twitter.com/30NVYT6LNN

What do you do when your first two approaches don’t work?

If your names is Jason Kenney, apparently you start calling people names.

Reacting to criticism of how the UCP caucus is handling its opposition to Bill 9, Kenney suggested the only people who are disappointed by his party’s decision to walk off the job are “over-caffeinated lefties on Twitter.”

Apparently Kenney thought that was such a witty line, he decided to order the UCP graphic designer to turn it into a meme – though he quietly left one word out:

Since his previous attempts were having little effect, Kenney pulled another brilliant idea out of his back pocket – tell women which issues are important to them.

Thursday afternoon, Kenney released a cringeworthy video on Facebook featuring a visibly rattled UCP leader attempting to explain to women what he thinks is “the most important women’s issue in Alberta.”

As Kenney sees it, women are less concerned about their own personal safety than they are about the economy. After taking a lot of heat, the UCP decided to walk back their decision to walk out of the legislature and announced they will return to their seats in the House during future stages of the bill.

But there’s one small catch – even though they’ll be in their seats, the UCP now says they will only silently observe and not participate in the debate.

But when the bill goes to a vote, one person won’t be casting a vote: Jason Kenney.

“I will be abstaining from the vote,” the UCP leader said, claiming he has no interest in “divisive social issues.”

What Kenney conveniently fails to mention is that voting for legislation to protect women at abortion clinics would put at risk his “100% voting record on pro-life and pro-family issues,” as Canada’s biggest right-wing anti-abortion group puts it.

After all, he largely owes his leadership to the anti-abortion groups who sold Progressive Conservative and later UCP memberships hoping to crown Kenney Alberta’s “pro-life premier.”