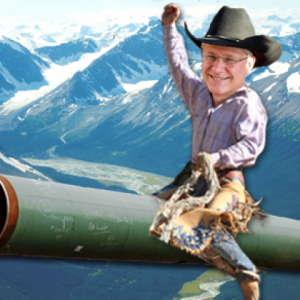 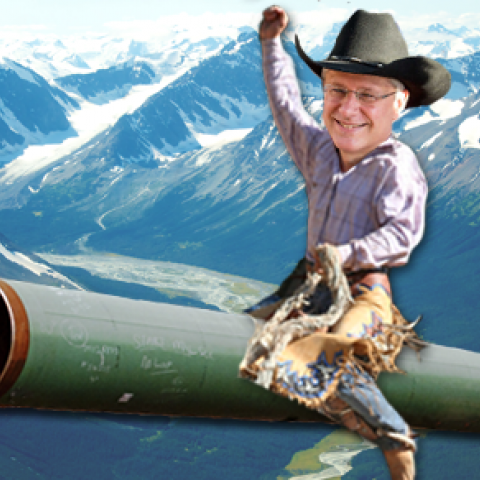 Are Stephen Harper’s pipeline policies beginning to boomerang back at him? On the West Coast, 78 people have been arrested (so far) over the past week on Burnaby Mountain, protesting Kinder Morgan’s proposal to triple its pipeline capacity to transport Alberta oil to British Columbia. From an 84 year-old retired librarian to 11 year-old girls, people are being […]

Are Stephen Harper’s pipeline policies beginning to boomerang back at him?

On the West Coast, 78 people have been arrested (so far) over the past week on Burnaby Mountain, protesting Kinder Morgan’s proposal to triple its pipeline capacity to transport Alberta oil to British Columbia.

From an 84 year-old retired librarian to 11 year-old girls, people are being hauled away and charged with “civil contempt” for obstructing surveyors for the Kinder Morgan pipeline.

In Central Canada, opposition to the proposed Energy East pipeline project is gaining steam with a crowdfunding initiative that continues to grow.

Meanwhile, cheerleaders for the oil and gas sector are really annoyed, advising people who are raising questions about the approvals process and concerns about climate change that if they don’t like pipelines, they can “freeze in the dark” this winter.

Of course, they don’t mention that in 2012, the Harper government changed NEB’s mandate to limit public participation in pipeline hearings, placing strict rules on who could speak at hearings and what topics could be discussed. Apart from excluding the public from the hearings, it also barred environmental scientists from participating.

Reflecting on what’s going on in BC, Desmog Canada’s Carol Linnitt explains that “the mishandling of the National Energy Board review of Kinder Morgan’s Trans Mountain oil pipeline and tanker proposal has created the conditions for the situation now unfolding on the mountainside.”

In other words, the civil disobedience at Burnaby Mountain is exactly what you get when your government fails to provide a lawful, democratic process for making decisions that affect the health, safety and sustainability of communities.

1. The National Energy Board is “engaged in public deception.”

The National Energy Board – that’s the arms-length regulator of Canada’s energy sector – was recently described as a “farce,” “clearly biased,” “not objective” and “Kafkaesque.” And that’s from a guy who’s in the know.

Marc Eliesen, the former CEO of BC Hydro and former board member at Suncor, withdrew earlier this month as an intervenor in the federal government’s review of Kinder Morgan’s Trans Mountain Expansion Project. The board is “engaged in a public deception,” avoiding “digging too deeply for fear the economic case may crumble,” says Eliesen.

The “fraudulent process” excludes important issues from the scope of the hearings, he says. This means the board is “reviewing only untested evidence” and blocking key stakeholders – including the Province of British Columbia, municipal governments, First Nations and environmental groups – from accessing information about the project.

“Given the Board’s lack of objectivity it is not surprising that out of the approximately 2000 questions not answered by Trans Mountain that Intervenors called on the Board to compel answers, only 5 per cent were allowed by the Board and 95 per cent were rejected,” writes Eliesen.

The Province of BC has said that because the pipeline company failed to answer their request for information, the province is unable “to fully understand the risk posed by the Project, how Trans Mountain proposes to mitigate such risk and Trans Mountain’s ability to effectively respond to a spill related to the Project.”

How else to explain the long delay of regulations for the oil and gas sector to curb greenhouse gas emissions.

Or that Harper appears to be looking forward to the day the Northwest Passage opens up to shipping traffic.

Or that Canada fails to meet greenhouse gas reduction targets to which the Harper government agreed in 2009 (or even acknowledge Environment Canada’s own carbon emission report.

Or that Canada is dead last in a climate change performance ranking in the industrialized world.

Or that a Conservative running in the 2015 election thinks renewable energy exists only in a “dream world.”

Here’s a sampling of Harper being called out by scientists on pipeline process problems in recent year.

Since securing a majority in the 2011 election, the Harper government has been burying anti-green legislation in omnibus bills.

This bill also tweaked the National Energy Board Act to speed up the pipeline approval process.

5. Oh, and that thing where the Harper Conservatives use the nation’s spies and cops against law-abiding Canadians…

In late 2013, documents obtained by the Vancouver Observer showed that the NEB, along with the RCMP and CSIS, Canada’s spy agency, were monitoring several advocacy groups critical of the Northern Gateway and Kinder Morgan pipelines in BC.

In the documents, the Council of Canadians, Sierra Club, Dogwood Initiative, LeadNow, Idle No More, and ForestEthics were labelled as “security concerns.”

Photo: sbeebe, Moosealope and PMO. Used under a Creative Commons BY-2.0 licence.