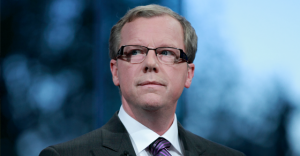 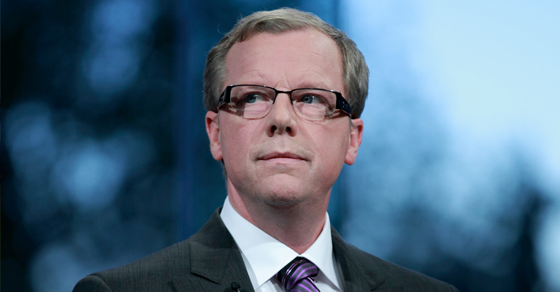 Did Brad Wall miss the memo about how climate change is the biggest threat facing the planet?

Did Brad Wall miss the memo about how climate change is the biggest threat facing the planet?

Over 97% of the world’s scientists, as well as nearly 200 countries seem to get that – they just signed on to a major global agreement in Paris to fight climate change.

Yet as Canadian provinces get ready to hammer out a deal, it’s not clear Saskatchewan’s Premier is very serious about climate change.

Here are five things Wall doesn’t seem to get about climate change:

1. The environment and the economy are not at odds with each other

That’s Wall’s usual response whenever climate change comes up: portray the issue as a false choice between the environment and the economy.

But even Wall’s old friend Preston Manning thinks that line of argument is tired and worn out.

“We can’t continue to engage in a polarized environment-versus-economy argument. Nobody is out to destroy the environment or the economy – you need both – but a lot of people are willing to take one side or the other.”

Guess which side of the false choice Wall is on?

2. Close to half of Saskatchewan’s power comes from coal

Maybe Wall would have more ground to drag his heels on if the biggest source of energy in Saskatchewan was something other than the worst in terms of greenhouse gas emissions or making people sick?

According to SaskPower, a staggering 44% of Saskatchewan’s electricity comes from coal-fired power plants: In fairness, Wall recently announced plans to boost natural gas and generate half of Saskatchewan’s power through renewables by 2030.

But SaskPower’s CEO reiterated Monday the province has no intention to phase-out its coal-fired power plants as other provinces – including Alberta and Ontario – have already done or are planning to do.

3. Cleaning up coal is ineffective and it’s already been a giant mess

One reason Wall won’t phase out coal is his faith in carbon capture technology. As he said earlier this year:

“Imagine what we could achieve as Canadians if we were to focus, in a laser-like way, on technological solutions, rather than what I think has been a marked focus on the policy and the politics of the environment?”

Except the technology Wall hedged his bets on isn’t working and it’s hardly a silver bullet for curbing emissions either.

Saskatchewan’s Boundary Dam carbon capture and storage project (built by SNC-Lavalin at a cost $1.5 billion) has, to date, only “managed to capture less than half of the 90 per cent of the carbon dioxide its promoters said it would contain from the power station’s emissions.”

“Carbon capture and storage will never be able to accommodate all of the carbon dioxide we emit now. And quite frankly, carbon capture would have trouble just keeping up with the increase in coal consumption,” the MIT Technology Review stated a few years ago.

The project has even lost support from U.S. Senator Joe Manchin, who recently said the project has “failed” to live up to its promises. Wall once touted him as a supporter.

The project has been marred by cost overruns, construction delays, glitches and breached contracts. An internal SaskPower briefing note revealed there are “serious design issues” and “fundamental flaws” with the project, contributing to the facility running at only 40% capacity.

4. Most people now agree you need to put a price on carbon

It might not surprise you to know Wall recently indicated he’s against carbon pricing:

“I do not believe what it needs now is another universal tax. It’s just something for now I’m not prepared to do.”

Forget that the federal government says we need to price carbon. Or that when Alberta recently introduced its Climate Leadership Plan, its carbon pricing plan was applauded by the oil and gas industry and influential business groups as good for the economy.

Forget all of them. Here’s what Preston Manning thinks about putting a price on carbon:

5. Not acting on climate change has economic costs too

But what about the economic impacts of climate change?

This summer, Wall’s own Finance Minister cited the “unprecedented number of forest fires and the largest evacuation in Saskatchewan’s history” as a key reason the province was pushed into deficit this year.

Toddi Steelman, executive director of the University of Saskatchewan’s School of Environment and Sustainability, attributes those wildfires to climate change.

So does University of Alberta professor Mike Flanagan, who says data suggests climate change will impact weather patterns in ways that will translate into “longer fire seasons, earlier fire seasons, burning longer into the fall.”

A 2014 report from Natural Resources Canada on climate change adaptation identified wildfires as an example of extreme weather, projecting that an “increase in fire due to climate change will translate into extra cost for protection and community evacuations.”

The report warns “there may be only a decade or two before increased fire activity exceeds the capacity of fire management agencies to maintain current levels of effectiveness.”

A TD Bank report last year estimated climate change will cost the Canadian economy $5 billion per year by 2020, rising to $21-43 billion by 2050.