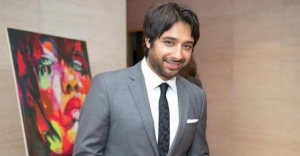 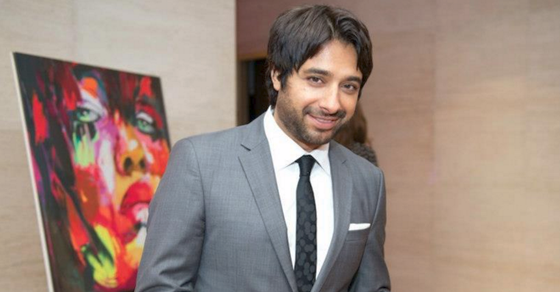 Ghomeshi's defence has been widely criticized, with suggestions the aggressive cross-examination of witnesses revictimizes complainants and discourages women from reporting sexual assaults in the future.

Note: This post was originally published on February 11, 2016. On March 24, a judge acquitted Ghomeshi on all charges. Many legal experts have argued the case highlights systemic problems in how Canada’s criminal justice system handles cases of sexual assault.

Ghomeshi is charged with four counts of sexual assault and one count of choking to overcome resistance related to allegations brought forward by three female complainants.

While the defendent’s guilt or innocence will be determined by a judge based on evidence presented in court, Ghomeshi’s defence strategy has been widely criticized, with suggestions the aggressive cross-examination of witnesses in the high-profile trial is revictimizing the complainants and discourages women from reporting sexual assaults in the future.

Here’s what experts and observers have to say about five of the more dangerous myths the Ghomeshi trial has pushed into the public square:

1. “Consent can be implied, retroactively”

Throughout the trial, Ghomeshi’s lawyer, Marie Heinen, has sought to raise doubts about the relationship between the complainants and her client after the alleged assaults took place.

In all of this, Macleans’ Anne Kingston observes, “the defence appears to be trying to establish some sort of retroactive implied consent, which, of course, is moot: at the time of the alleged assault, the future hadn’t occurred.”

However, Canadian law is quite clear that this is ultimately irrelevant to the issue of ‘consent’.

“If you examine this [Ghomeshi] trial,” says University of Ottawa law professor Constance Backhouse, “basically because the victims gave consent to some things — before, during and after the alleged non-consensual behaviour — we’re all making assessments that they are not believable about the non-consensual part.”

Recent polling done by the Canadian Women’s Foundation found that while 96% of Canadians agree sexual activity between partners must be consensual, over two-thirds of Canadians (67%) do not understand the legal definition of ‘consent’.

2. “Survivors go directly to police after an assault”

Heinen also questioned why one complainant did not go directly to police after the alleged assault.

“Sexual assaults perpetrated by someone other than a spouse were least likely to come to the attention of police,” another report from Statistics Canada adds, with “nine in ten non-spousal sexual assaults were never reported to police.”

3. “Survivors never go back to their abuser”

Heinen introduced evidence suggesting one complainant’s contact with Ghomeshi after the alleged assault challenged the credibility of the allegation itself.

This isn’t necessarily surprising, experts say. Survivors of abuse typically “manage the violence” through a range of responses to a traumatic experience, including “denial” and “self-blame” before they actively seek help.

“Many leave and return several times before their final separation,” reads literature prepared by the BC government for victim service workers. Some reasons include emotional attachments to the abuser, emotional abuse, threats or fears of continued violence, social and cultural pressures, or financial dependence, to name only a few.

As Keetha Mercer of the Canadian Women’s Foundation told Chatelaine:

“There are many reasons why a survivor would contact her abuser. These may include wanting to get closure or addressing what happened. Many survivors struggle to break off contact with their abuser because the nature of abuse includes undermining their self-esteem and confidence. They may feel controlled by their abuser, which is a hard feeling to shake even after they have left.”

4. “Women lie about being sexually assaulted for fame and attention”

Ghomeshi’s lawyer suggested one complainant’s allegations were motivated by fame and attention, stating she was “reveling in the attention” and pointing out how her number of Twitter followers had “skyrocketed.”

Except the trial process is arduous, often re-victimizing survivors. And as Toronto lawyer David Butts points out, the current system is “basically trial by war,” so who would volunteer to put themselves through such a distressful process?

“That is probably the worst thing to do to complainants who are coming forward to talk about very intimate and distressing violations of their sexual integrity … Moving away from an adversarial model, I think, is going to be necessary because look at the Ghomeshi trial — who would voluntarily put themselves through that?”

Not only that, but only 42% of sexual assault trials end in a conviction. 47% see charges stayed or withdrawn.

5. The stereotype of the “perfect” victim

Ghomeshi’s defence has also attracted criticism for its “extreme focus on inconsistencies” in the complainants accounts of events, “including information that may appear to some as irrelevant,” and using these to suggest complainants are stricken with “false memories.”

Macleans’ Anne Kingston says this strategy of asking “very personal questions” is “pretty extraneous but just poked holes in issues that should have nothing to do with the charges at hand.”

“It’s totally irrelevant to whether she wanted to be punched in the face,” says UBC law professor Isabel Grant, who says the focus on inconsistencies is irrelevant to the issue of consent, but instead plays into stereotypes about women’s sexuality.

Canadian novelist Kathryn Kuitenbrouwer observes that Heinen’s cross-examination implies “that the woman has to be this hygienic, innocent, perfect bystander in these cases” – constructing an impossibly unrealistic image of what a credible victim looks and sounds like, irrelevant of the facts of the case.

“She seems to articulate that they wanted it, that they produced the violence,” Kuitenbrower adds. “And then when it happened, they came back for more.”