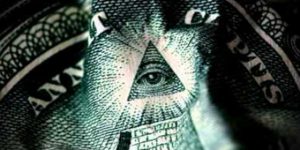 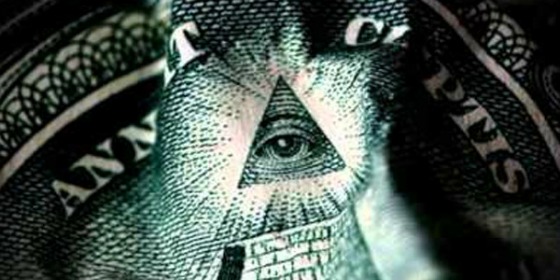 Well, what did you expect?

Well, what did you expect?

Alberta’s assorted coalition of conservatives and climate change deniers has already had one irrational freak-out over the Notley government’s action plan on the environment.

It’s no surprise, then, that the province’s right wing is now in full meltdown mode over the Climate Leadership Implementation following the introduction Tuesday of Bill 20.

Here are some of their greatest hits:

The New World Order is behind the climate change “hoax” according to Wildrose MLA @TanyYao. #ableg #wrp pic.twitter.com/zGW2tPtR8r

The caption describing the video on YouTube reads: “Global Warming is on its way to be a two trillion dollar scam. Our politicians (NWO) goals are to have total power and control over all the people.”

Drew Barnes, MLA for Cyprus-Medicine Hat, decided to promote a video from the so-called “Friends of Science” organization. Known for running billboards that claim, “the sun is the main driver of climate change. Not you. Not CO2,” Friends of Science says its main concern is tackling “the abuse of science displayed in the politically inspired Kyoto protocol.”

To say that the group and its positions, which has received undisclosed sums from oil and gas interests, are off base from the scientific consensus would be something of an understatement.

Apparently lacking anything useful to say, the Alberta MP and former Harper cabinet minister took aim at a doctor visible at the government’s announcement.

Why is a guy in smocks & a stethoscope at a carbon tax announcement? Is he there to help revive the Alberta economy? https://t.co/gc1lqKf7Vb

A major plank of the government’s plan to fight climate change is the phasing out of coal-fire electricity.

In 2013, a coalition of Canadian health and environmental groups pegged the health impact costs associated with burning coal in Alberta at nearly $300 million a year. The study also found that 4,000 asthmatic episodes, over 700 emergency visits for respiratory and cardiovascular illnesses, and around 80 hospital admissions were linked to the burning of coal in the province every year.

Given these facts, why would anybody be surprised to see a doctor at a climate announcement?

Hope you still have that tinfoil hat handy…

Surpassing them all was The Rebel’s Alberta Bureau Chief Sheila Gunn Reid, whose retweets – among them comparisons between the NDP’s goal of a low-carbon economy and North Korea – were simply too many to list.

Levelling a series of bizarre accusations at the NDP for working to reduce air pollution and combat climate change, Gunn Reid added:

5) Wildrose Party conveniently omits a major part of the plan

Okay, so after this, the official reaction from the province’s Official Opposition doesn’t seem so bad. Except if you’re interested in the facts or what a Wildrose government’s alternative climate plan would look like.

NDP carbon tax bill will makes life harder for families at a time they can least afford it https://t.co/UIAwuqoU6Y @BrianJeanWRP #ableg

Finance Critic (and former Canadian Taxpayers Federation staffer) Derek Fildebrandt even called the legislation an “assault on taxpayers and families.”

Framing the planned tax on carbon as a “tax on everything” that will make life more expensive for “average families,” the Wildrose release fails to mention that the legislation also includes extensive tax rebates designed to help ease the transition. In fact, a full 60% of families will qualify for a full rebate, with lower income households receiving a rebate that actually puts them ahead.

Trever Tombe, a Professor of Economics at the University of Calgary, was having none of Wildrose’s overblown rhetoric.

Here’s the full rebate schedule (from the budget; but same as Bill 20). #ableg pic.twitter.com/xKXaIYk7OP