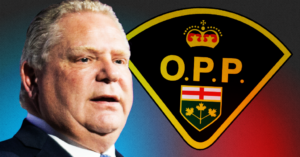 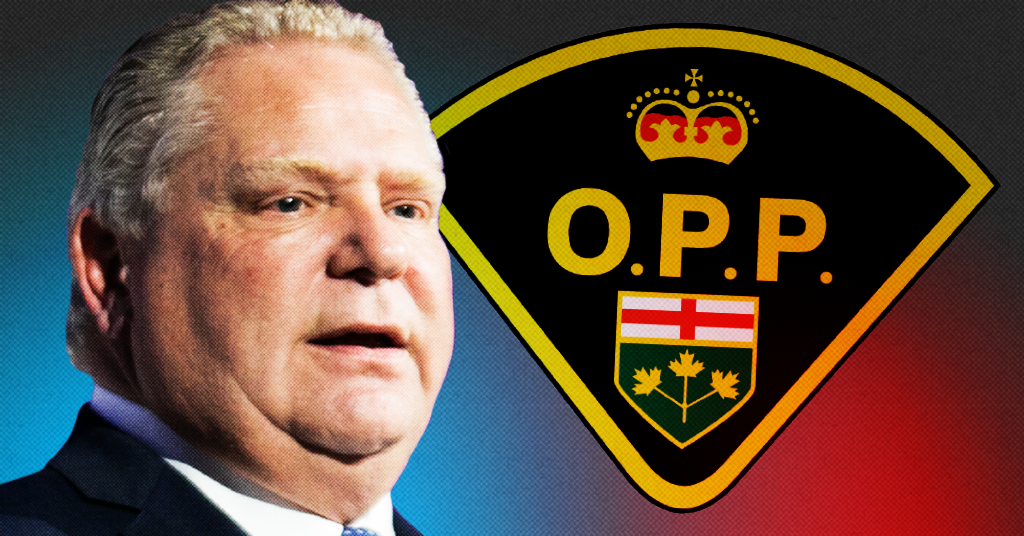 The Commissioner of Ontario’s Provincial Police has written to the provincial ombudsman expressing concerns about political interference in the operations of the provincial police force by the Office of Premier Doug Ford.

Rob Taverner, one of Ford’s old family friends, was appointed to the commissioner’s role after the eligibility requirements for the province’s top police job changed at the last minute.

this is an extraordinary letter from the current (interim) head of the @OPP_News regarding Ron Tavener’s hiring. https://t.co/Rz1NVr5HtS #onpoli #OPP

In his letter, interim OPP Commissioner Brad Blair says Taverner wasn’t qualified to be the province’s top cop until Ford’s Office changed the qualifications on the job description at the last minute.

Blair’s letter goes on to allege a “concerning history” of interactions between Ford’s office and the OPP, giving him concerns about “undue political influence” in the process of hiring the new commissioner.

Photo courtesy of “The Royal Family” aka “theroyalfamily4u”, whose Instagram and Facebook pages are suddenly no longer available. #ONPoli pic.twitter.com/PUOmSu7NvA

Here are the five most shocking comments the current OPP Commissioner made about the appointment of Ford’s friend as Ontario’s top cop:

1. The process was “unfair” and independence of the OPP is now “in question”

“It should come as no surprise then that the perception of political influence in the hiring process as deeply affected the morale of the rank and file. OPP officers have shared with me their concerns that the process was unfair and their feeling that the independence of the OPP is now in question.”

2. Taverner’s appointment will cause “dysfunction” and “undermine” the service.

“To have this new command assumed without addressing this matter will cause dysfunction in the service and undermine the command of the service.”

3. The qualifications for the job were changed “without convincing justification”

4. The hiring panel had “questionable authority” and panel members “changed at the last minute”

“In advance of second-round interviews, I was informed that the interview panel would consist of the following people: Dean French, the Premier of Ontario’s Chief of Staff; Steve Orsini; the Secretary to Ontario’s Provincial Cabinet; Mario Di Tommaso;  and Sal Badali.

Throughout the interview process, Sal Badali informed me on numerous occasions that he had no influence on either the process or the outcome of the interviews for the position of commissioner.”

5. There is a “concerning history” between Premier Ford’s office and the OPP

“Recent interactions between Premier Ford’s Office and the OPP add to the concern about maintaining the independence and integrity of the OPP, free from undue political interference.”