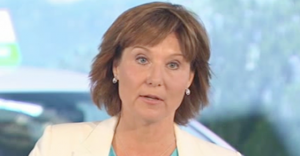 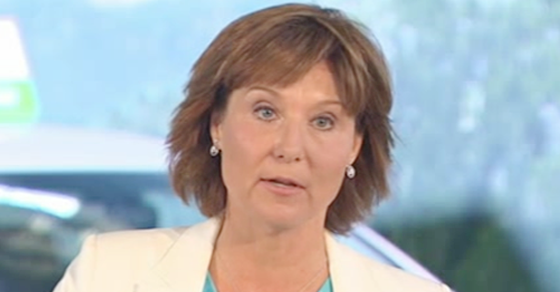 Most British Columbians think it's time for Christy Clark to go.

And you can put BC Green Party supporters right at the top of that list.

While exit polls from election night showed three in five voters wanted a change in government, a fresh poll from Mainstreet Research for Postmedia suggests an overwhelming majority of BC Green supporters don’t want their party keeping Clark’s scandal-ridden BC Liberals in power.

The poll asked British Columbians how they’d feel about “the Greens forming a coalition government” with either the BC Liberals or the BC NDP.

The BC Green Party’s base was nearly unanimous – four in five Green supporters (80%) said they’d “disapprove” of their party propping up Clark’s BC Liberals through a coalition government. Only 16% said they’d “approve.”

By contrast, 56% of Green supporters said they approved of a coalition with the BC NDP while only 35% disapproved. Nine in 10 BC NDP supporters (88%) said they disapproved of a Green-Liberal alliance while BC Liberal supporters were nearly split on the question, with 40% against a coalition with the Greens and 53% in support.

But overall, most British Columbians would oppose a coalition between the BC Greens and the BC Liberals, with 62% disapproving of the idea throughout the entire province.

That’s around the same in Metro Vancouver (63%) but on Vancouver Island, two-thirds (66%) would disapprove of the BC Greens propping up Clark’s BC Liberals. Is it any wonder why?

While Clark’s BC Liberals are mired in scandal, leaving the impression they’ve transformed the government into an extension of their corporate fundraising outreach department, Greens have their own particular sets of reasons not to trust Clark.

Here are a few reasons Greens are justified in being skeptical of Clark’s attempts to court their support:

And much of that money going to the BC Liberals comes from out-of-province donations from companies headquartered next door in Alberta. An analysis by PressProgress last month showed 22.6% of the $1.2 million in out-of-province corporate donations flowing to the BC Liberals came from companies in the oil, mining and gas industry. • Clark’s big oil, mining and gas donors lobbied her government over ten thousand times: Let’s not be naive – corporations and lobbyists probably don’t just give the BC Liberals this kind of money out of the goodness of their hearts. As the Globe and Mail’s editorial board recently put it:

“Lobbyists in the province have told The Globe and Mail they feel they need to donate, or their entreaties on behalf of their clients will be ignored.”

In fact, as the CCPA also found, the same oil, mining and gas companies that poured millions into the BC Liberals simultaneously lobbied Clark’s government over ten thousand times. According to official records, lobbyists representing oil companies that poured money into the BC Liberals lobbied the BC government on everything from lowering “corporate income tax” to “Aboriginal relations issues.”

The Canadian Association of Petroleum Producers, who donated $100,000 to Clark’s BC Liberals, met with the BC government to “review greenhouse gas policy” and “promote proposals related to the Climate Leadership Plan.”

• Clark’s “Climate Leadership Plan” was a complete joke: Speaking of Clark’s “Climate Leadership Plan,” it’s worth remembering how Clark picked a guy to lead the implementation of this plan who was (a) a former director at the Fraser Institute, a right-wing think tank that has produced research attacking climate science; (b) wrote extensively about his skepticism about climate change; (c) advocated BC high school students watch a climate change denial film called “The Great Global Warming Swindle.”

That plan ended up being so bad that the panel of experts on Clark’s own “Climate Leadership Team” publicly denounced it.

Not hard to see why 4 in 5 Green supporters don’t trust Clark’s BC Liberals, is it?