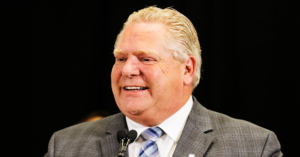 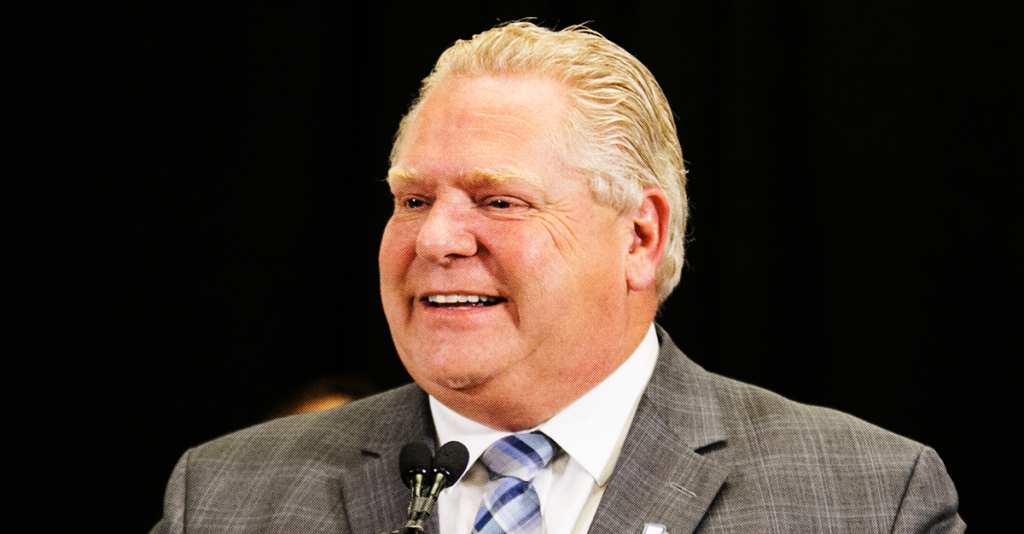 Mass privatization, two-tiered service and legal penalties might be the future for Ontario’s healthcare system

Leaked documents revealed this week that the Ford government is creating a new health “super agency” that will have the power to demand hospitals contract out services to private companies.

Advocates are warning the ‘super agency’ has, under the draft’s terms, the power to demand effectively any part of Ontario’s health service contract out to any one it mandates, with few limits.

“I’ve seen seven health ministers and all their legislation for two decades,” Mehra said. “This one is an omnibus bill that would result in controversial amendments to dozens of other pieces of legislation. This one reaches further than any piece of legislation has before.”

What The Draft Bill Says

The draft bill of the Health Systems Efficiency Act, 2019 lays out the proposed role of the super agency that dissolves regional health authorities.  The Associated Press reported it is proposed to manage health service needs across Ontario, health system operational management and co-ordination, quality improvement, knowledge dissemination, patient relations, digital health and others.

Even the National Post’s Randall Denley notes “the agency will have the power to merge or close just about anything in health care.”

More alarmingly, a subsection of the draft titled Integrated Care Delivery System reads: “The Super Agency may designate a person or entity, or a group of persons or entities as an integrated care delivery system.” 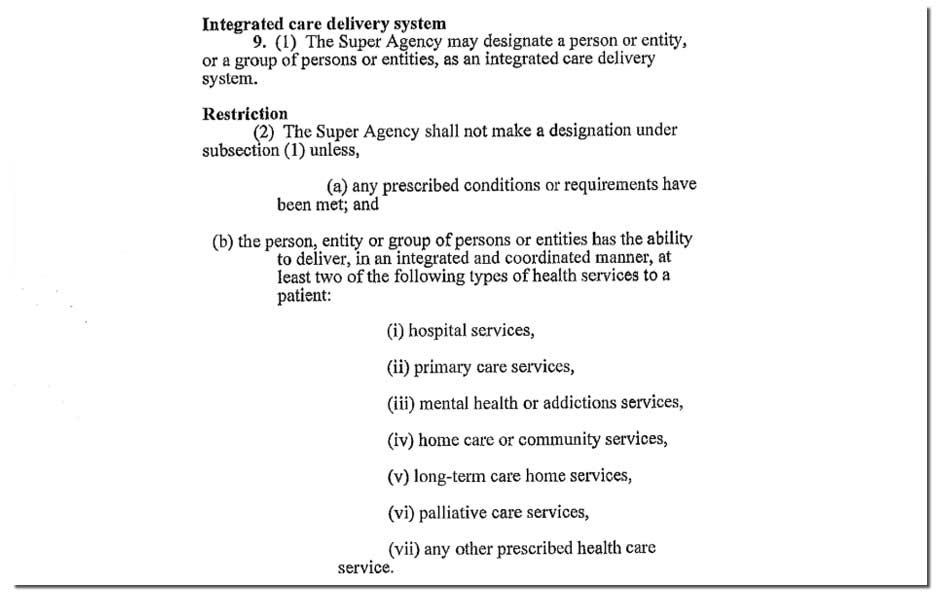 The draft suggests the agency can mandate a part of the health system contract out any applicable service to a non-public “entity.” For example, Health Minister Christine Elliott said Thursday that the government is looking to expand private provision of diagnostic testing.

The draft bill lists two criteria for the “entities.” They must meet “prescribed conditions and requirements,” and they must be able to provide at least two health care services listed.

The agency must, under the draft bill, publish a list of entities designated for provision of the above-listed services.

The decisions around which parts of our healthcare system would be mandated to contract-out its services falls to a 15-member board appointed by the Tory cabinet.

When asked about the draft bill, Elliott confirmed its authenticity but claimed the Ford government is still “committed to our public health-care system.”

But, as the Globe and Mail later reported, Elliott “wouldn’t say whether her government will expand private delivery of services.”

Mehra says Elliott’s claim is “not true,” pointing out “there’s a brand new power for the super agency to order the privatization of health care.”

Previous efforts by medicare advocates had the principles of the Canadian Health Act amended into the provincial legislation. They also scored rules obligating higher-ups to meet publicly and justify meeting in-camera. She said those are seemingly absent from the draft.

In the draft, Mehra said “there are no principles or goals for health care in Ontario in this act. There’s nothing about equity. Nothing about any of the values that underlie public healthcare.”

“The only things this legislation does is give vast new powers for the restructuring and privatization of healthcare, with no ethics and no goals,” Mehra said.

Though, there have been previous attempts at privatizing partial service, like Saskatchewan’s potential “private-pay” MRI service, Mehra said there has not yet been anything of the  Ford government’s draft bill’s scope.

And, it could lead to a tiered system: “two-tiered health care is a necessary consequence of this kind of privatization,” she said, especially as “the vast majority of private clinics extra-bill patients.”

In practice, tiered healthcare could violate the principles of the federal Canada Health Act. As the University of Ottawa’s 2014 briefer on the act notes, it “contains provisions that ban extra-billing and user charges,” introduced after concerns were raised, in 1984.

There’s some history here, as the Financial Post noted in a recent anti-medicare op-ed: New Brunswick, Alberta and Manitoba were penalized for allowing user fees in private facilities.