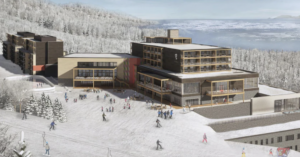 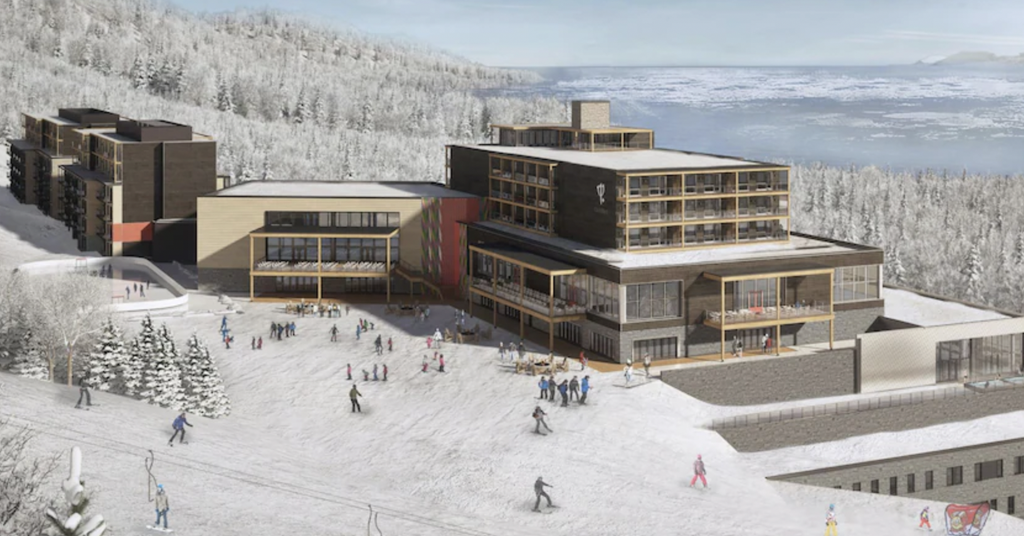 This article is more than 1 year old
NEWS

This article was originally published by Pivot, an independent, non-profit francophone news outlet based in Québec — PressProgress and Pivot are working together to translate and republish each other’s stories.

Pivot has learned that the new Club Med which just opened its doors in the Charlevoix is looking to hire staff for less than minimum wage.

We were alerted by students who applied for activity facilitator jobs. “They asked me to be available to clients at all times, beyond my 40-hour work week,” remarked one of the students, who asked to remain anonymous. “That’s below minimum wage!”

These students, who finished college-level studies last fall and plan to continue their education next fall, were looking for work this winter. All were surprised by the working conditions being offered at Club Med.

As a result, we decided to investigate. A colleague — we’ll call her Claudine — applied for a job and was granted an interview. This interview — which she recorded — confirmed the students’ statements: The activity facilitators (or GOs for “gracious organizers”) are required to work unpaid hours.

Here’s what we learned.

“You don’t work at Club Med to make money”

Claudine applied for the job of children’s activity facilitator (Mini Club) at the new holiday resort.

However, the interview, recorded by Pivot, confirms that GOs in charge of activities are also required to participate in “Village life,” which means their work week could amount to well over 40 hours. These hours are not remunerated, so the real paid salary comes to less than the standard minimum wage.

The email including the job offer specified that taxes and accommodation costs would be deducted from the promised $2,501. During the interview, the recruiter stated that, in the end, Claudine would pocket $1,657.

Mini Club is Club Med for children. During their stay, activities are provided for children ages 4 to 10. A facilitator such as Claudine would work with them 40 hours per week, spread over six days (plus the so-called “Village life” time). Her tasks might also include activities such as greeting the “gracious members” (or GMs), the term used to designate clients, or serving fruit platters in the pool area.

“You don’t work at Club Med to make money,” Claudine was told during her job interview.

“I’m going to be very honest with you. If you have house or car payments, a family, three kids, don’t go to work at Club Med,” the recruiter told her candidly.

The pay might not be good, but the foie gras is first rate 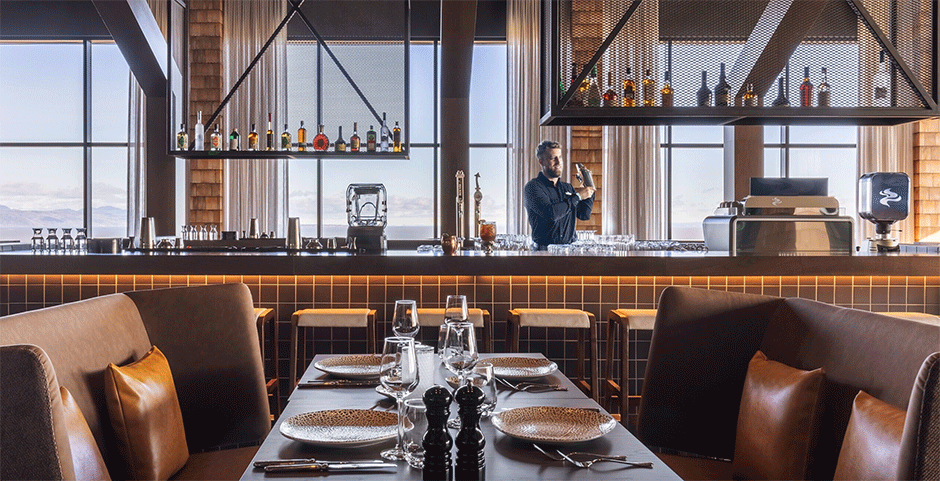 During the job interview, the recruiter explained to Claudine that “the thing is that you have access to everything … You’re entitled to the same menu as the client, whether it’s lobster night or foie gras night.”

When questioned on this point, Dalia Gesualdi-Fecteau, professor of labour law at the Université du Québec à Montréal (UQAM), is unequivocal: When calculating a minimum wage salary, one cannot take into account the fact that the GOs have access to facilities or eat the same food as the clients, even if it is foie gras.

The labour law specialist is categorical: When calculating a minimum wage salary, the employer may not substitute benefits for cash.

According to the existing regulation, “$29.89 per week may be deducted for meals,” explains the law professor. “If a room is provided […], that’s $28.74 per week.” Per month, that represents $252 in allowable deductions. “That’s the maximum,” she states.

Jérémie Hoss, Club Med’s marketing director, confirmed by telephone that the company bills these amounts for accommodation and meals.

Gesualdi-Fecteau points out that, currently, the minimum wage in Québec is $13.50 per hour. On a monthly basis, that’s $2,322 gross per month, for a 40-hour work week.

There are some exceptions to the minimum wage, explains Antoine Leclerc-Loiselle, spokesperson for the Commission des normes, de l’équité, de la santé et de la sécurité du travail (CNESST). That’s the case for summer camps, for example. Minimum wage doesn’t apply to “a student employed by a non-profit, social or community organization,” he explains. The other exceptions are interns in professional development and employees paid solely by commission.

Club Med Charlevoix is not registered with the business registry as a non-profit.

The Club Med banner belongs to the Chinese giant, Fosun International, a company that also has interests in the Cirque du Soleil. According to Forbes, the Shanghai-based conglomerate has a market capitalization of $12 billion USD. 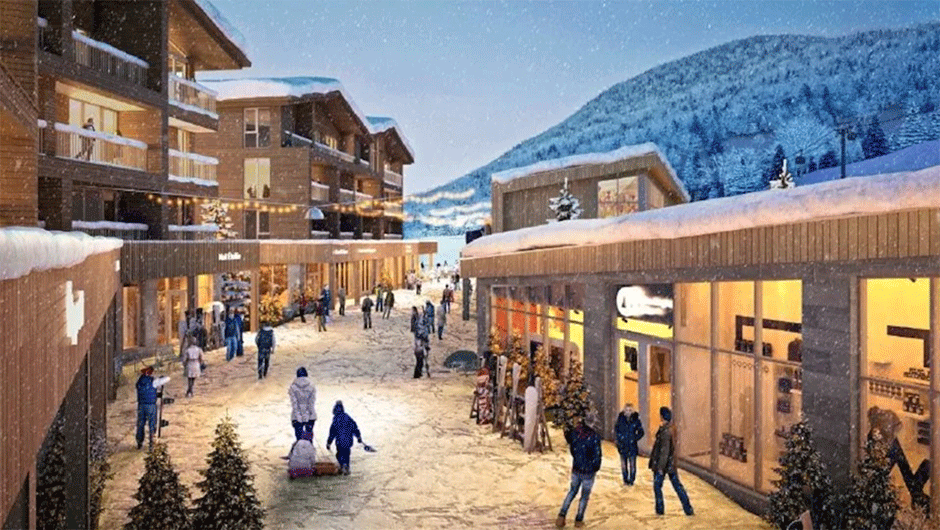 “We work six days a week. If you’re someone who needs to watch Occupation Double at 8 pm every evening, Club Med is not for you,” the recruiting agent told Claudine.

She pointed out to the young woman that, in addition to her tasks with the children, she would have to take part in “Village life.”

This requirement had also been mentioned to the students who contacted Pivot.

Working at Club Med, is “really a lifestyle,” explained the recruiter. “If you think you’re going to work your 40 hours and then you’re done … Yes, you’ll do your 40 hours with the children, but life at Club Med is the Club Med experience, and you must not count your hours.”

“Each GO has their main task … so as a Mini Club GO, you’ll work with the children during the day. However, after your work hours there’s Village life,” claimed the recruiter.

The job offer that Claudine received confirms that the GOs must participate in Village life. 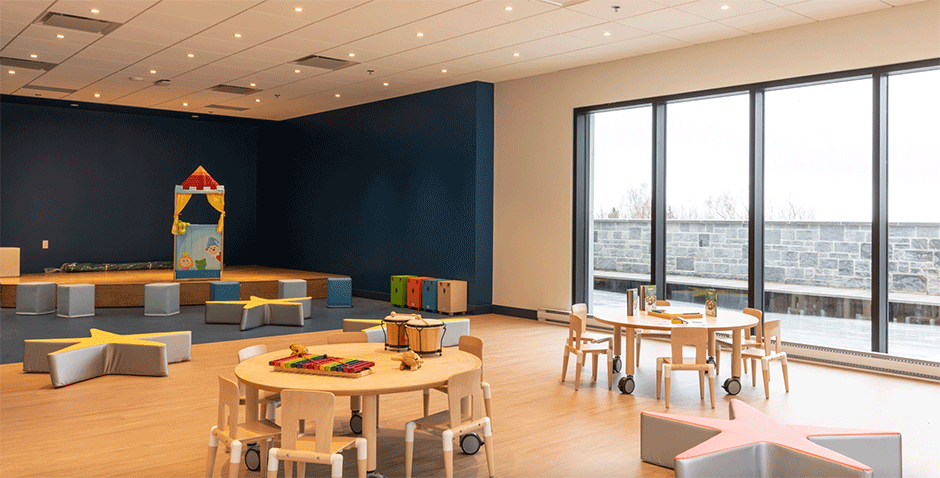 “The minute you leave your room, you’re at work”

While she could not comment on the specific case of Club Med, Gesualdi-Fecteau pointed out that “all hours worked must be paid.” She added: “When a person must make themselves available to the employer outside their working hours, and in the workplace, the law is clear. They must be paid.”

The CNESST agrees. Antoine Leclerc-Loiselle points out that “beyond 40 hours, an employee starts to work overtime, which must be paid at time and a half.”

Jérémie Hoss claims that activities outside work hours are not compulsory. “On no account is it a requirement,” he says. “The GO job is an excellent opportunity for growth,” he adds. As to participating in “Village life,” the marketing director asserts that the company “suggests it” and “appreciates it,” but that it “respects free time. We’re not going to ask GOs to work non-stop.”

When Pivot asked why the email stipulated that participation in “Village life” was compulsory, Hoss replied that a human resources representative would contact us.

At the time of publication, we hadn’t heard back from Club Med.

Gesualdi-Fecteau explained to us that in Québec, the law does not allow an employer and an employee to agree to forego remuneration. The specialist in minimum labour standards points out that in general overtime must be approved by the employer.

If there is an implicit agreement regarding this additional work, which means that the employer knows that the employee is working and doesn’t tell them to stop, “the courts will usually consider that wages are owed.”

A typical evening in the Charlevoix

The recruiter described a typical evening at Club Med. In this example, the young employee finishes her work with the children at 5 PM. She then goes to her room for a break and to change her clothes. After that, she’s expected in the bar at 7:15 PM. Club Med requires that every evening a dress code based on one of seven themes be followed.

“It’s cocktail hour. You’re not required to drink with the client, you just have to chat with them,” explains the recruiter.

“Then the clients go eat,” she continued. At Club Med, the GOs eat with the clients.

“If you work at dinnertime, you eat with the children. During the evening, you can talk with whomever you like … You might find a couple who’s really fun … You never know ahead of time who you’re going to eat with,” she told the job applicant.

The GOs’ presence at mealtimes is part of the Club Med experience: “For example, a couple who’s been married for 45 years might, at times, have nothing to say to one another. Sometimes, having a GO at their table stimulates the conversation. It adds some fun and spices things up for them a little.”

According to the Club Med representative, this practice is a “long-standing Club Med tradition that revolves around socializing and friendliness.”

“Later on, there’s a show. You might be in the show, or you might not be. It all depends on what you want to do,” explained the recruiter. Participating in the show is not compulsory.

To end the evening, the recruiter pointed out, “there are the crazy signs, Club Med dances that everyone does together.” These dances are meant to “kick off the night club,” she explains. “You’re not required to stay until 2 or 3 in the morning. Sometimes you might stay … but there’s no precise time limit … The goal is to set the mood for the clients and after that you can leave.”

On the question of salaries, the recruiter explained that when “you work in the South, you’re paid a little less than here in Canada. We’re pretty lucky, we even have a slight advantage here.”

She clarified that “if you went to Punta Cana, you’d make $750 US a month. We’ve got a better deal, we make about a hundred bucks more here.”

From the “antithesis” of a resort to Club Med

Groupe Le Massif is the promoter on this venture in the Charlevoix.

In 2006, the principal investor, Daniel Gauthier, announced to the Chambre de commerce de Québec that his “project is an open place, in other words, with no fence, with public access practically everywhere: It’s the very antithesis to a resort.” The project underwent a transformation in 2012 when Groupe Le Massif approached Club Med.

Le Massif has benefited from public funds at several stages of the project’s development.

“This Club Med will be a new luxury showcase that will raise Québec’s profile. It will be an important economic engine for the region, with favourable consequences and paying jobs for the entire tourism industry in the Charlevoix.”

This Club Med has about 350 employees. The “gracious” employees, to use the company’s expression, have been unionized since December 10. They are represented by the Teamsters Union, which is affiliated with the FTQ. According to Teamsters spokesperson Stéphane Lacroix the union represents about 300 employees who work at the hotel complex. However, this does not include activity facilitators or office workers. If these employees want to unionize, they would have to undergo an accreditation process, explains Lacroix.

The spokesperson for Investissement Québec, Isabelle Fontaine, told Pivot that she preferred not to comment, because the organization “doesn’t directly have shares in the Charlevoix Club Med, and is not aware of the working conditions of its employees.”

Update: A spokesperson for Club Med Charlevoix provided PressProgress with the following statement in response to Pivot‘s original reporting:

“Club Med properties adhere to all local labour protection laws, including compensation and overtime hours. Club Med remains committed to the well-being, protection, development and fulfilment of all our employees.”

This investigation has been carried out with the collaboration of André Noël.
Translation by Shelley Pomerance

Donate
Sam Harper
Pivot
Sam Harper is a reporter with Pivot based in Québec. His reporting focuses on inequality, the environment and digital privacy.
@acetum
Report an Error
Journalistic Standards