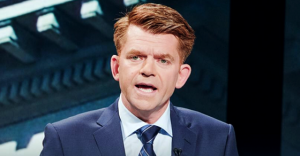 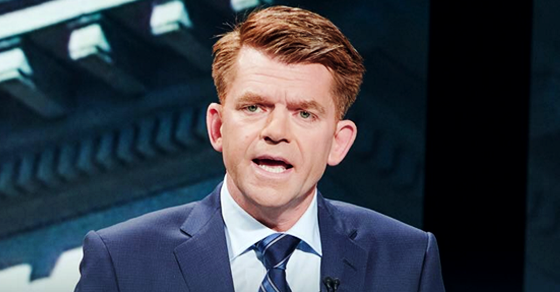 VIDEO: Wildrose leader Brian Jean was actually for a “tax on everything” before he was against it

Alberta's Wilrose Party seems pretty cheesed about that gosh darn "tax on everything."

Alberta’s Wilrose Party seems pretty cheesed about that gosh darn “tax on everything.”

What is a “tax on everything,” you ask?

And although the carbon pricing plan has won endorsements from top business groups and the oil industry, Wildrose has gone ahead and created a website called taxoneverything.ca which includes all kinds of apocalyptic warnings about “massive job losses” and raising “the price of everything”:

Except Wildrose doesn’t mention low and middle-income Albertans will get a rebate offsetting any increased costs.

Nor do they mention the same policy was previously endorsed by none other than Preston Manning.

You see, although Jean now warns against anything that would put a “penalty on oilsands producers” or anything “disadvantageous to them,” that hasn’t always been his position.

Once upon a time, the federal Conservatives in Ottawa proposed a cap and trade system to reduce greenhouse gas emissions, something that would force the oil industry to curb emissions.

“In the November 2008 Speech from the Throne, the government committed to working with the provincial governments and all of our partners to develop and implement a North America-wide cap and trade system for greenhouse gases and an effective international protocol for the post-2012 period … The cap and trade system will cover all industrial sectors and will require mandatory emissions reductions.”

But only a few short years later, the Conservatives dropped that policy and began attacking the federal NDP (over the exact same policy) for proposing what Stephen Harper and Jason Kenney have both described as a “tax on everything.”

Jean himself attacked the NDP for the exact same policy he once championed:

“This Christmas the NDP members are behaving more like Scrooge than Santa. They want to give Canadians the gift of a carbon tax. This is no gift, but a money grab, a lump of coal that would create hardships all across Canada for hardworking families.”

It’s strange Jean would flip-flop on his “tax on everything.”

Jean once said he self-identifies as an “environmentalist” and fondly remembered meetings with the David Suzuki Foundation and having “the privilege of meeting with Elizabeth May” when she was the executive director of the Sierra Club.

And in 2008, Jean said climate change is “one of the biggest threats to our environment, to our people and to the future of our earth.”

Today, Jean criticizes the phase-out of coal-fired power plants and calls carbon pricing a “tax on everything.”

What happened to the old Brian Jean?