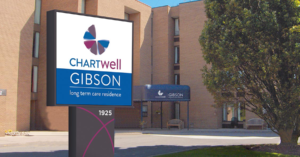 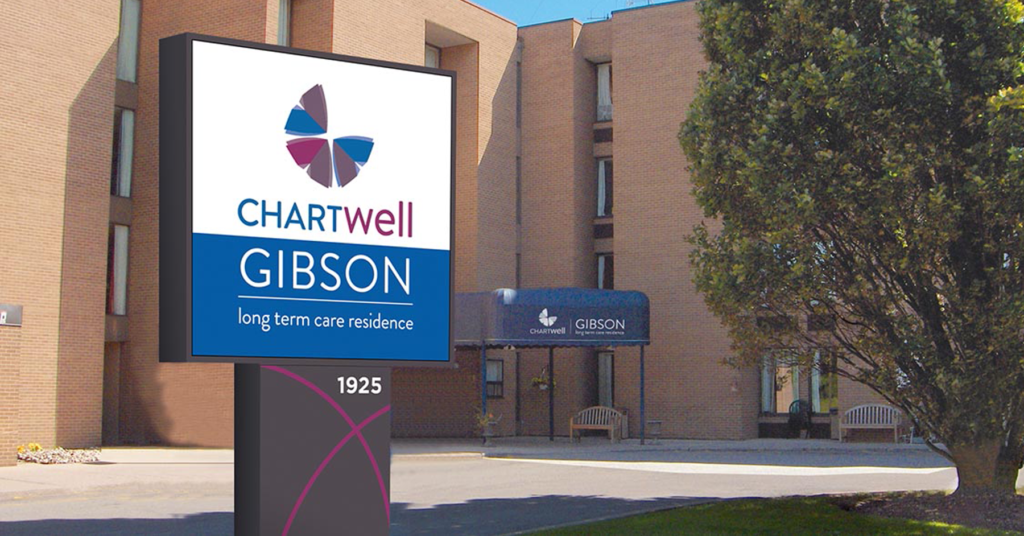 Low-quality, high-cost long-term care is a symptom of policies aimed at cutting public services and cutting taxes for the wealthy

The privatization of long-term care in Canada has been a major focus of political talking points amidst the tragic losses of life during the pandemic, as residents have died at a higher rate in for-profit homes (a pattern consistent with decades of research demonstrating a link between poorer quality and private ownership).

However, privatization of long-term care extends well beyond ownership and is linked to the broader political economy, whereby government expenditure on public services has reduced greatly over the past few decades.

The spending cuts are the result of lower revenues, thanks to successive governments reducing taxes on the wealthiest people and corporations.

Government underfunding has expanded privatization — which can be understood as a process that undermines citizens’ rights — as collective goods (like public healthcare) make way for “individual freedoms” and market-based solutions.

In the case of long-term care, this process has led to much pain and suffering for residents and families (as well as workers). I’ll use the case of Ontario to demonstrate my point, although the trends towards privatization are similar across multiple jurisdictions in Canada, as well as many other advanced capitalist countries. 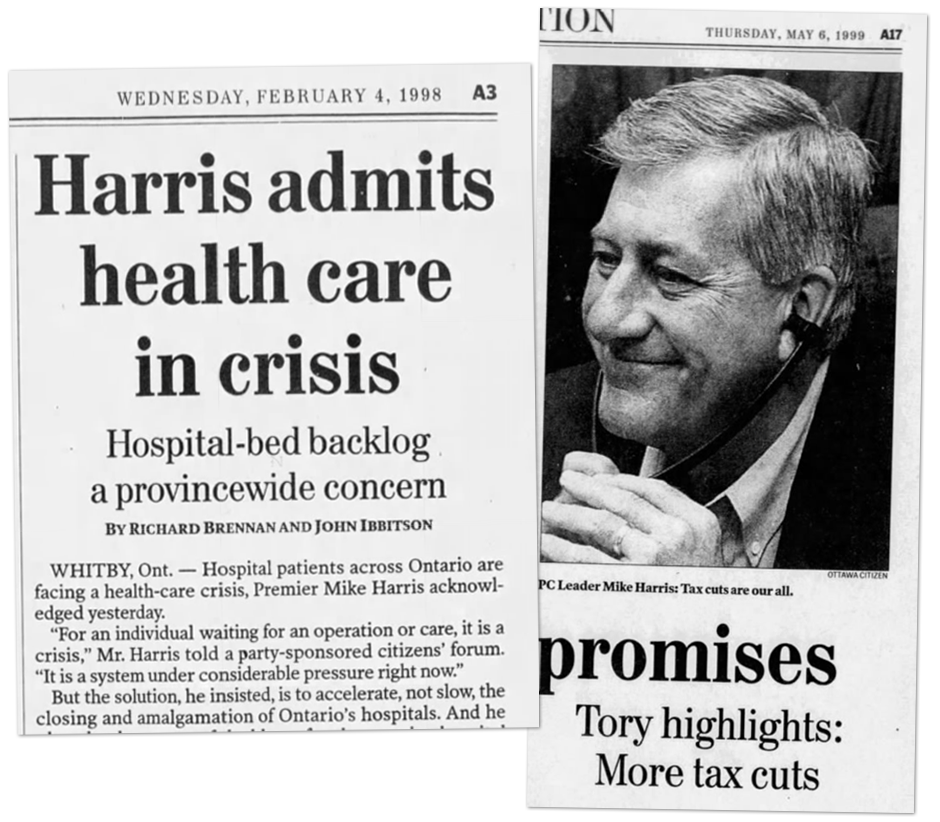 Over the past few decades, successive governments have closed down thousands of hospital beds in Ontario while restraining hospital budgets.

According to the Ontario Health Coalition, “these are the most radical hospital cuts in the developed world, leaving Ontario with the fewest hospital beds per population of any province in the country and of any peer country.”

The cuts have led to a massive transfer of patients from public hospitals to home care and/or long-term care homes, which are (a) cheaper for the government, (b) predominantly for-profit, and c) not fully covered by public funding, and thereby require out-of-pocket expenditure, aka “user fees.”

So, in the late 1990s, when the Mike Harris government closed down 8,100 hospital beds, his government invested in 20,000 long-term care beds (over two-thirds of which went to for-profit homes).

Today, although the Ontario government covers long-term care expenditures for those unable to afford it, the monthly “accommodation fee” ranges from $1,890 to $2,700 (across Canada, governments cover costs for nurses and care aides while charging user fees for accommodation).

One of the main drivers in offloading people from hospitals was to reduce government costs for healthcare, as long-term care beds are funded at approximately one-third the rate of hospital beds.

Home care costs about one-tenth of hospital expenses, although costs are likely underestimated given that it is severely rationed and highly exploitative of the labour force.

Burden on family caregivers due to insufficient public spending

The nature of long-term care in Ontario changed drastically through the 1990s and 2000s, as patients previously cared for in chronic care hospitals beds were downloaded to long-term care homes. Chronic care patients require a higher level of care due to their complex needs.

According to the Ontario Long-Term Care Association, 86% of residents in 2018 required extensive assistance with daily activities such as eating, getting dressed and grooming (up from 79% in 2013). However, based on Ontario Health Coalition’s research, care levels have virtually stagnated since 2006.

Due to the government’s reluctance to spend money on more staff, and the higher numbers of “heavy care” residents, the burden of caring shifts from the public purse to individuals and their families.

It’s not uncommon for privately-hired caregivers to supplement care in nursing homes. Prior to the pandemic, before they were barred from visiting, many family caregivers spent a lot of time caring for relatives (in some cases over 40 hours a week), to supplement the low levels of care provided by trained staff (due to underfunding and profit-taking).

Due to the gendered nature of division of responsibilities, caregiving burdens are generally shouldered by women. In other words, it’s the unpaid labour (of predominantly women) that compensates for the cost of reduced public spending.

The capacity issue in long-term care can be explained as a result of fiscal austerity – or the government tightening its belt to “save costs.” This is probably due to the fact that even as most long-term care homes are operated privately, their construction is heavily subsidized by the government.

As public investment in long-term care is insufficient, people are forced into alternative settings, such as private-pay, for-profit retirement homes – where costs can range from $3,000 to $7,000 (these are residential spaces that provide a basic level of care, and where residents often receive publicly-funded home care service).

Home care is another alternative to hospitals and long-term care, but even as 730,000 people are served by the public home care system, services (mostly for-profit) have been rationed going back to the 1990s.

People are thus forced to turn to the private-pay home care market (or private insurance), where personal support services range from around $25 to $35 by an array of providers, many of whom are for-profit.

As affordability limits options for many, people turn to family caregivers – a majority of whom are women. According to the government agency Health Quality Ontario, one-third of caregivers experienced distress, anger or depression when providing care for home care clients who received services for more than 60 days.

Wait-list based on ability to pay

In its 2019 report, “Situation Critical,” the Ontario Health Coalition noted that 56% of people were waiting for a “basic bed” – which are much cheaper than “preferred accommodation” (semi-private or private rooms). The average wait time for a basic bed was about eight months longer than for a semi-private or private bed, as only 40 per cent of all beds are “basic.”

In other words, while hospital access is egalitarian, one’s socioeconomic status factors into entering long-term care – yet another form of privatization.

There is a link to for-profit ownership here as well. Until the 1990s, long-term care homes were only allowed to allocate 40% of beds as preferred accommodation, but the Harris government changed it to 60%. This change makes sense since the additional revenue generated from preferred accommodation can be pocketed by the owners.

Other cost-shifting to residents and families

In the 2019 book, the Privatization of Care: the Case of Nursing Homes, academic researchers Pat and Hugh Amstrong write about the difficulty in tracking the cost-shifting in long-term care. But they note examples of additional costs borne by residents and/or their families.

In BC for instance, they cite an example of a family member having to take on the responsibility of driving the LTC resident to physiotherapy appointments (and paying for them).

Similarly, they cite examples in Ontario of families paying for the cost of shampoo or laundry when the home management switched to an undesirable product or moved to a cheaper laundry service.

Author’s Note: Much of what I’ve written in this column is based on research by the Ontario Health Coalition and academics like Pat and Hugh Armstrong.

Donate
Zaid Noorsumar
Health & Profits columnist
Zaid Noorsumar is a journalist whose reporting has investigated labour issues across multiple sectors, with a focus on healthcare. His work has appeared at CBC News, TVO, Vice and more.
@NutellaFanatik
Report an Error
Journalistic Standards