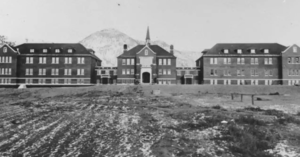 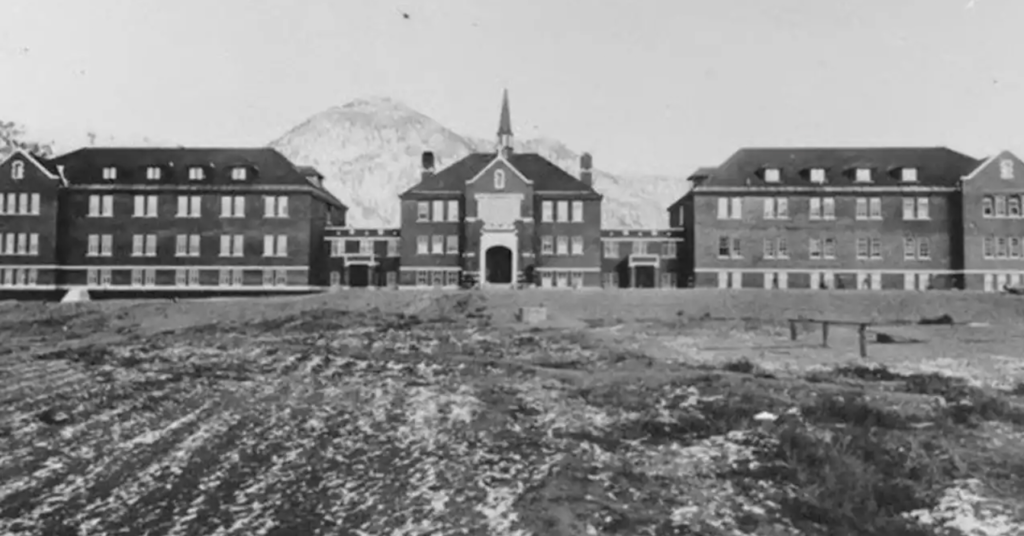 Editor’s Note: Following publication of this story,  the Cowessess First Nation announced on June 24, 2021 an additional 751 unmarked graves had been discovered at a residential school site in Saskatchewan.

The former chair of the Truth and Reconciliation Commission is calling for an independent investigation into all burial sites located at the former grounds of residential schools across Canada.

The call from former Senator Murray Sinclair, who chaired the TRC from 2009 to 2015, comes after the remains of 215 children were recently found in an unmarked and undocumented burial site at the former grounds of the Kamloops Indian Residential School, located on Tk’emlúps te Secwépemc First Nation territory.

The finding, which confirmed what the Nation had long known about the site, has highlighted long standing calls for the federal government to provide more support for locating the victims of Canada’s residential school system, which operated from the late 1800s through to 1996.

In 2015, the TRC found Canada’s residential school system, which forcibly separated Indigenous children from their families and subjected them to horrific abuse, was the product of a “conscious policy of cultural genocide.”

The TRC’s calls to action included calling on the feds to work with Indigenous communities, churches (which administered the schools) and landowners to:

Here’s why investigators have been unable to locate victims and determine the true number of Indigenous children who died inside Canada’s genocidal residential school system.

The TRC’s Final Report provided conservative estimates that between 4,000 and 6,000 children died in residential schools. Causes of death included physical abuse, malnutrition, disease and neglect. Others died by suicide, or by trying to escape the schools.

A lack of proper documentation means the true number of those who died is likely much higher, and unmarked burial sites similar to the one at Kamloops will almost certainly be found.

Tricia Logan, assistant director of research and engagement at the University of British Columbia’s Indian Residential School History and Dialogue Centre, noted many records at residential schools were not retained, or might not have been made public or accessible.

“While, of course, the students who attended and staff who worked there knew about children who were dying, just to what extent that information was made public or made available is varying,” Logan told PressProgress.

The TRC noted that between 1936 and 1944 alone, 200,000 Indian Affairs files were destroyed, as were many health records. Some students who died were not named by school principals, and others’ deaths were not reported at all.

Kisha Supernant, an archaeologist at the University of Alberta who has worked on locating remains at a residential school site in Saskatchewan, explained that gaps in records mean her work often relies on first-hand accounts from survivors and their communities.

“Survivors have had stories about things that happened, things they saw,” Supernant told PressProgress. “We know in the witnessing that happened during the Truth and Reconciliation Commission, some students were being asked to dig graves, so that can really help us narrow down areas to prioritize in these searches.”

“In the cases where survivors in the communities have told us where there’s burials, we’ve tended to find them, in using the technology that we have,” Supernant added. Searches at potential burial sites, she explained, sometimes use ground-penetrating technology, but also other types of equipment.

Supernant’s work is conducted on request by First Nations, and in accordance with appropriate cultural practices. “We talk about what cultural supports are needed, what ceremonies are needed, what survivors and their families might need,” she explained.

Logan, who has worked directly with residential school survivors, said missing information about victims causes prolonged trauma and suffering, particularly for those who directly witnessed the deaths of their classmates.

“You can imagine how traumatic it is, how frustrating it is, how it kind of compounds the level of trauma to still not really know or to still be receiving new information about it or just kind of reopening stories over and over, and still finding barriers to accessing more information or at the very least feel that their stories haven’t been heard or haven’t been acknowledged,” Logan explained.

Sinclair issued a statement earlier this week noting the horrific circumstances in which students died at residential schools.

Full statement from former Truth and Reconciliation Commission chair Murray Sinclair on the discovery at the former Kamloops residential school and how there are “lots of similar sites” that will come to light in the future. #cdnpoli pic.twitter.com/EzqBsYWcRJ

“Since the revelation of what has happened at Kamloops has come to light, I have been inundated with calls from Survivors. Hundreds of calls, often just to cry,” the statement adds.

WARNING: This video contains details some readers may find distressing. Former senator Murray Sinclair, who chaired the Truth and Reconciliation Commission, delivered this statement on the discovery at Kamloops residential school. https://t.co/amXFEO4CTF pic.twitter.com/zE4qK3Ikf0

The TRC itself also experienced roadblocks from the federal government while trying to locate the whereabouts of residential school victims. In 2009, Stephen Harper’s Indian affairs minister, Chuck Strahl, denied $1.5 million in funds that a TRC working group, dedicated to locating missing victims, needed to conduct its work.

As well, the TRC was forced to fight the Harper government in court for the release of residential school documents, further hampering the commission’s efforts to locate the bodies of missing victims.

Even now, First Nations communities are having to fight the federal government and Catholic Church in court to access records relating to the Kamloops school, Mary Turpel-Lafond, director of UBC’s Indian Residential School History and Dialogue Centre, told the Canadian Press this week.

And last year, the federal government won a court case that blocked the creation of detailed statistical reports on abuse at residential schools, a decision that was overturned last April.

The Catholic Church has so far refused to take responsibility for its role in running residential schools. On Friday, Prime Minister Justin Trudeau called on Pope Francis to issue a formal apology and publish records related to the residential school system.

In response, Toronto Archbishop Thomas Collins claimed the prime minister’s comments were “unhelpful” and “not based on real facts.” On Sunday, Pope Francis issued two vague statements about the finding at the Kamloops school, which was run by the Catholic Church, but did not apologize, drawing widespread condemnation.

I join the Canadian Bishops and the whole Catholic Church in Canada in expressing my closeness to the Canadian people, who have been traumatised by shocking discovery of the remains of two hundred and fifteen children, pupils at the Kamloops Indian Residential School.

These difficult times are a strong call for everyone to turn away from the colonial model and walk side by side in dialogue, mutual respect and recognition of the rights and cultural values of all the daughters and sons of Canada.

The federal government has previously signed on to legal agreements that mean some documents related to residential schools cannot be released without the church’s consent.

Amid pressure from Indigenous groups and international human rights observers, the federal government said Wednesday it is making $27 million of previously announced funding available to search for the remains of Indigenous children at the former sites of residential schools.

Supernat said the prioritization of the funding is a welcome start, but wants to see the feds act more quickly, and commit to ongoing funding until the work is complete.

“I also think that national-level coordination is actually really important from a technical standpoint,” Supernat added. “If we start to see a piecemeal approach, there’s danger that there will be missteps, and there will be work that’s done that’s not following those best practices, and could be giving communities inaccurate information.”

Any coordinated approach, she said, should also include an Indigenous-led body to ensure that communities have the information they need and the ability to access the necessary expertise.

“There are likely members of Indigenous communities who could be trained in this, and may actually be even the best people to do it because they would give most emphasis to the cultural protocols that would vary from community to community,” Supernat added.

“Communities must lead, they must be resourced, and we must provide the best possible advice about standards and practices to them, and respect that some communities may not be ready to jump on this tomorrow, and may need time to really do that ground work with their own survivors.”