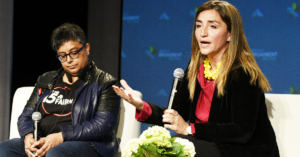 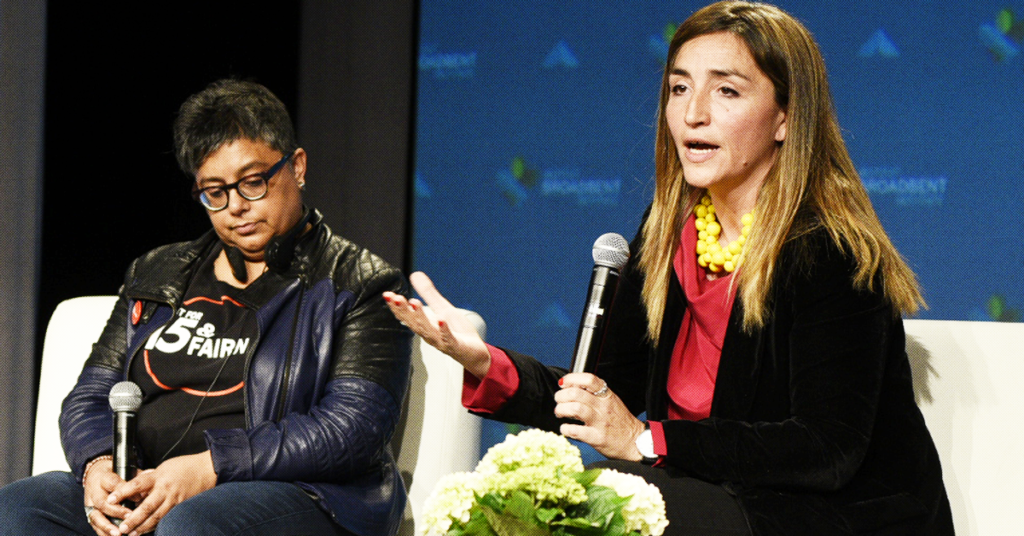 Canada and the world are becoming less equal as more and more wealth concentrates among a small group of corporations with enormous power over citizens and government.

At the Broadbent Institute’s 2019 Progress Summit, thinkers and leaders from movements around the world offered ideas and lessons from the fight to help change that — whether in Spain or Canada or Quebec or elsewhere.

PressProgress asked the three panelists about their thoughts on the relationship between rising inequality and the erosion of democracy:

Rocío Martínez-Sampere, Economist with and Director of Fundación Felipe González:

“We are seeing inequality rising in the western world. We need to redistribute and have a social salary but looking at the data, the big problem is the pre-tax distribution. The winner-takes-all concentration means the same redistribution policies lead to worse inequality. With globalization and technology, the economic structure that we have, we see more and more concentration of power by non-democratic actors who are non-accountable, now not even territorially-based. They’re transnational, huge corporations, unaccountable to any democratic power.”

Julia Posca, researcher at the Institute of Socioeconomic Research and Information

“We live in an economy that is dominated by big corporations but they have a lot of power over governments and so they can make the laws of our country change. So, workers and the population in general is in a situation where as citizens they don’t have as much power over our society and economy. I think this is a part of why we have an economy that isn’t meeting people’s needs and it’s more and more only meeting the needs of big businesses.”

“When we talk about the minimum wage, it imbues confidence in our communities that they deserve more. It’s so much more than the minimum wage, it’s about corporations and the sense we have the right to decent wages and conditions. The fight back was saying ‘don’t you dare think you can fight for more. We’re going to crush you.’ We saw Tim Horton’s — when the wage went up — punishing workers, taking away their meal breaks. People are really pissed off about inequality and know people in their communities are struggling with low wages and working conditions.”