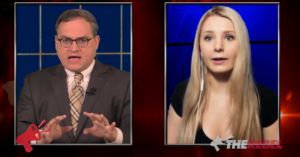 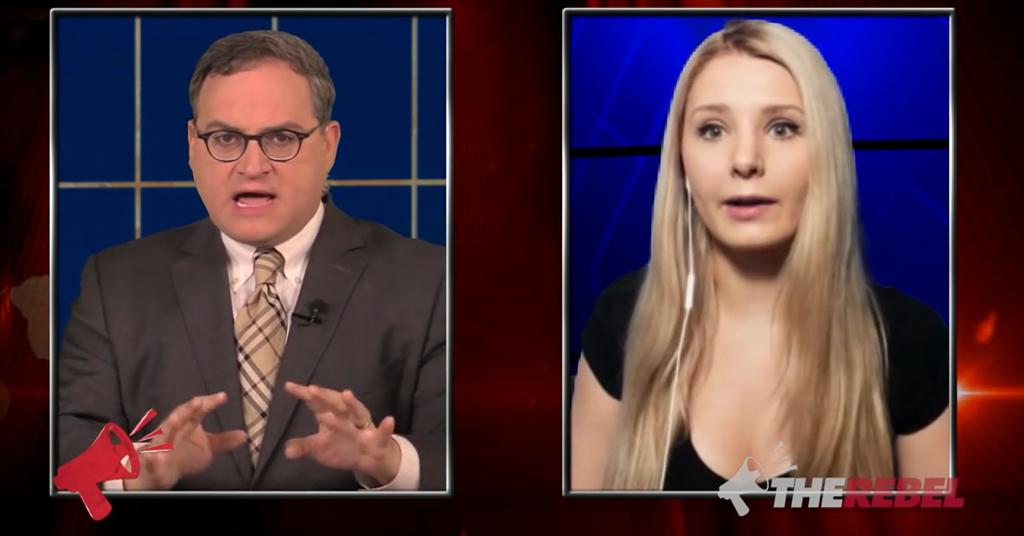 An alt-right Rebel Media alumnus who frequently calls for stronger border security was herself detained and denied entry to the United Kingdom following national security concerns.

Lauren Southern, a Canadian citizen who previously appeared on Ezra Levant’s alt-right Rebel Media, was questioned by British security at the Channel Tunnel in Calais, France before being told she isn’t welcome in the UK.

According to Southern – a noted fascist apologist who regularly denounced “open borders” at Rebel Media and has lately involved herself with the European far-right – border officials questioned her connection to extremist groups and “right-wing terrorism” before determining she should not be allowed in the country.

The British press later reported Britain’s Home Office determined Southern’s presence in the country was “not conducive to the public good.”

Current Rebel Media personality Katie Hopkins, a far-right demagogue who once called on the Royal Navy to protect the UK’s borders by opening fire on ferries carrying refugees across the English Channel from Calais, accused the British Home Office of siding with the “Islamists” by stopping Southern from crossing the border.

Rebel Media’s Hopkins tweeted what she purported to be the official notice denying Southern entry to the United Kingdom.

Dear @AmberRuddHR – you have detained @Lauren_Southern in Calais and prevented her entering the U.K. She is a Christian Conservative. You have sided with Islamists of Luton. You need to make better decisions ma’am. pic.twitter.com/rpAgSEwLI3

In an interview Tuesday with with another Rebel Media alumnus Stephen Yaxley, who goes by several aliases including “Tommy Robinson,” Southern said British authorities questioned her at length about her connections with the European far-right.

Southern told Yaxley that UK police told her she’d been “brought in to be questioned under the Terrorism Act,” adding they questioned her at length about her ties with a Flemish nationalist group and Christian extremists, at one point explaining they have “problems with right-wing terrorists.”

Yaxley also found himself at the centre of a different international incident that same day.

According to the Daily Mail, Rebel Media’s former “UK Bureau Chief” (described as a “far-right thug” by the British press) punched a refugee in the face while shooting a video in Rome before fleeing when Italian police arrived.

Although Southern complained she was “officially banned from UK for racism,” it’s not the first time the alt-right YouTuber has had trouble at the border.

Southern was also detained by Italy’s coast guard last year after blocking boats in an attempt to stop rescuers from saving refugees.