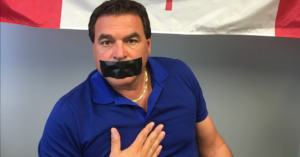 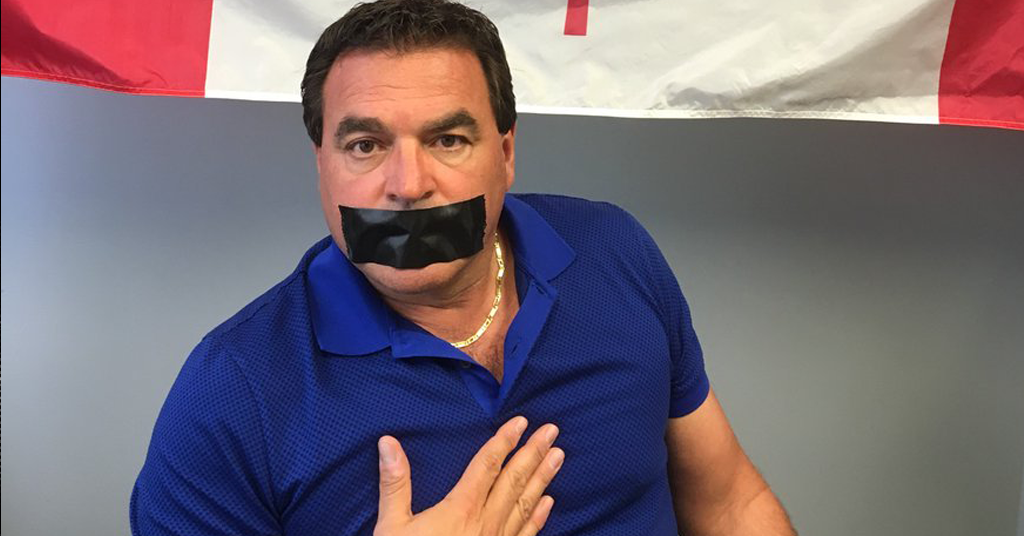 A spectre is haunting Toronto city hall – the spectre of bike lanes.

In a photo posted to Twitter this week, Mammoliti wrapped electrical tape over his face and posed next to a Canadian flag, accusing “comrade” Mike Layton and other “socialists” of trying to purge him from Toronto’s Public Works and Infrastructure Committee to silence his opinions about “bike lanes.”

DEMOCRACY DEAD AT CITY HALL- Now the Socialists want to take me off the Works Committee simply for voicing my objecting to how bike lanes are being built out in the City of Toronto. COMRADE @m_layton wants to second the motion. pic.twitter.com/tim6vsh5BP

Mammoliti, who advocates banning bikes from city streets, was apparently reacting to recent calls from citizens and colleagues alike for Mayor John Tory to remove the Ward 7 councillor from the city’s public works committee.

Please @JohnTory. There is only one meeting left. He doesn’t come to council meetings anyhow. He’s offensive to deputants. He’s certainly not interested in building safer streets. I will second the motion. https://t.co/Sk3uRLGEFZ

I wonder if it’s wise for Giorgio to tweet a image that will inspire the imaginations of so many people. https://t.co/p9Ww8XA48I

However, Mammoliti’s over-the-top anti-bike rhetoric also comes in the wake of a slew of tragic accidents that have taken the lives of two cyclists and one pedestrian.

While Mammoliti plays dress up on Twitter, in reality many cyclists feel unsafe on Toronto’s streets, where inadequate infrastructure and reckless driving behaviour is putting lives at risk.

Not even a seperated, elevated #biketo lane can stop ’em.

It’s a sense of entitlement, caring about personal convenience more than public safety, and believing that they won’t get caught. pic.twitter.com/PTsK3YyJ82

Just around the corner from the fatal cyclist accident?. I tagged 3 vehicles in the #bikeTO lane. Construction vehicles/ trailers not engaged in the road work will be tagged as well as any other vehicles like this @FedExCanada $150 x3 served. pic.twitter.com/FwqcryQoqa

Unfortunately, neither the deaths nor the many shocking tales from cyclists have convinced people like Mammoliti to tone it down and listen.

“I do not believe bicycles should be on roads at all,” says Coun. Mammoliti. He thinks all bike infrastructure can go through parks and greenspaces. “We’re taking a downtown approach to the suburbs — that’s not going to work.”

Mammoliti continues! “I was just waiting for this woman to get hit by a car when she was a zigzagging…”

McMahon wants him to apologize.

Mammoliti refuses. “It was a woman that was going to get killed because of her choice on how she was riding her bicycle,” he says.

The Toronto Sun has joined Mammoliti, with the right-wing tabloid stepping up its absurd rhetoric claiming there is a “war on the car,” echoing the days when Rob Ford was mayor of Toronto.

It is this rhetoric that is escalating many violent confrontations between road users across Toronto, turning neighbour against neighbour. The war metaphor has a powerful impact on people. We are not enemies – stop talking about us like we are completely different people. https://t.co/VndZlE83rl

According to Toronto police, some 20 cyclists and pedestrians have already died on Toronto’s streets this year.