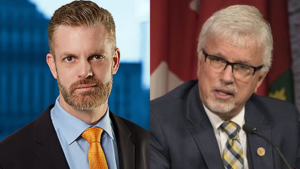 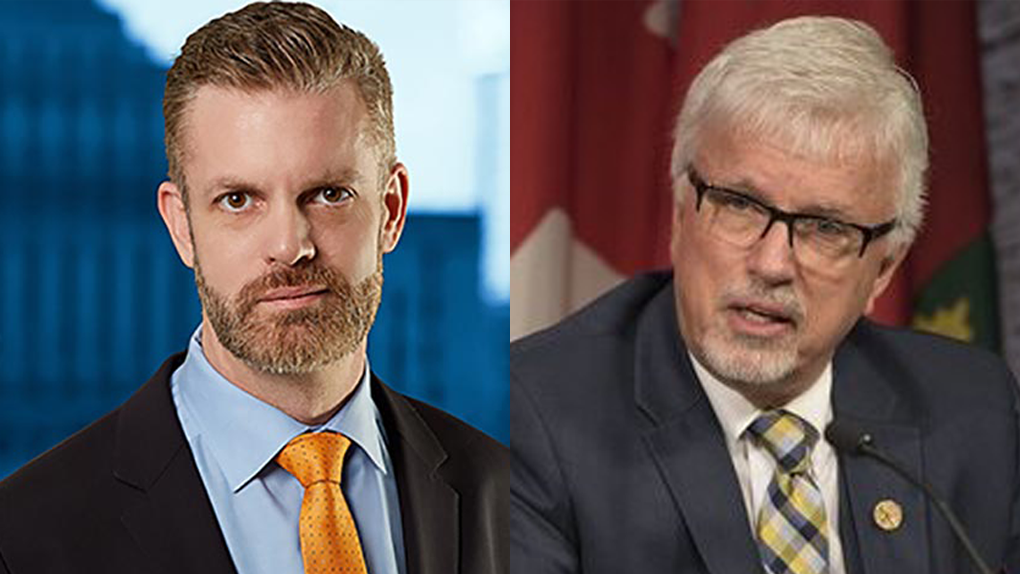 The campaign manager for Doug Ford’s re-election campaign stands behind his assertion that an Ontario PC MPP who was kicked out of caucus for refusing to get vaccinated is a conspiracy theorist — and he’s providing his receipts.

Kory Teneycke, a top adviser to Ontario Premier Doug Ford and the Ontario PC’s Campaign Manager for the 2022 provincial election, has confirmed a story Chatham-Kent—Leamington MPP Rick Nicholls recounted in a recent interview with Rebel Media about Teneycke calling him a “kooky conspiracy theorist” over his views on vaccines.

“I tried to explain to him in a text, ‘Kory, look what’s done is done, here is an article I’ve come across from the UK, perhaps now you’ll understand why I’ve chosen not to receive the vaccine’,” Nicholls told Rebel Media.

“The description of the text exchange with Rick is mostly accurate,” Teneycke told PressProgress. “I did read the article. As is my view that he is a kooky conspiracy theorist.”

Teneycke supplied PressProgress with a copy of a private text message exchange between Nicholls and Teneycke dated September 2 in which Nicholls shared a pseudoscientific article from a website called Health Impact News.

“Kory what is done is done,” Nicholls wrote. “Perhaps now you will understand why I refused to get vaccinated.”

“Not really Rick,” Teneycke responded. “I think you are a kooky conspiracy theorist. We’re much better with you not in our party.”

“That’s unfortunate you feel that way,” Nicholls replied. “I have no regrets about my decision. If you got vaccinated and are advising (Doug Ford) to move forward with the vaccine passports, I feel that is a huge mistake.” 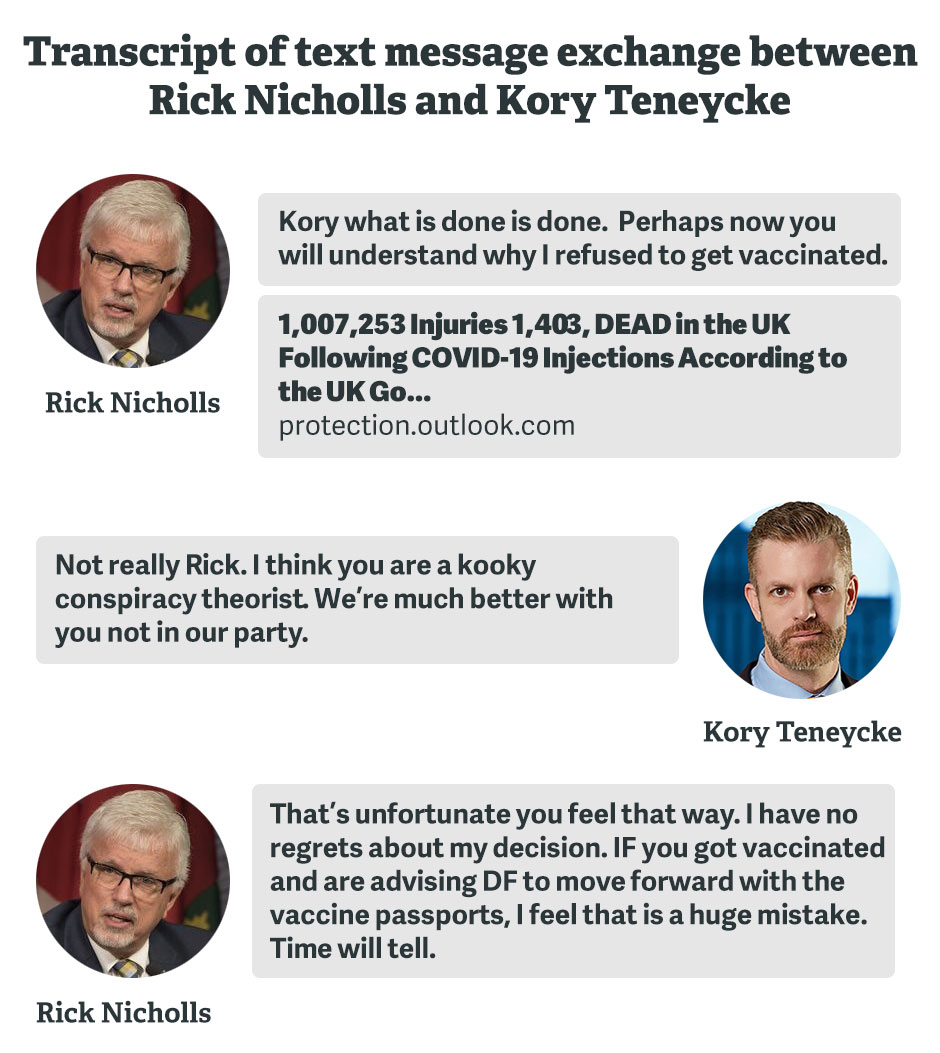 The website Nicholls shared, Health Impact News, was founded in 2011 by Brian Shilhavy, who also sells coconut oil and authored a book titled: “Virgin Coconut Oil: How It Has Changed People’s Lives, and How It Can Change Yours!”

Health Impact New has been described by the New York Post as one of the key sources of health misinformation.

The site has previously published false and outlandish claims that the COVID-19 vaccine will “genetically modify humans,” that COVID-19 can be cured with “high doses of vitamin C,” that flu shots cause “serious illness and death,” that fluoridated water causes “neurological damage” and that “the chemtrail conspiracy is real.”

The article Nicholls shared with Teneycke advertises another article by Health Site News that blames the COVID-19 pandemic on “Luciferian globalists” and “Satanic Jews.” 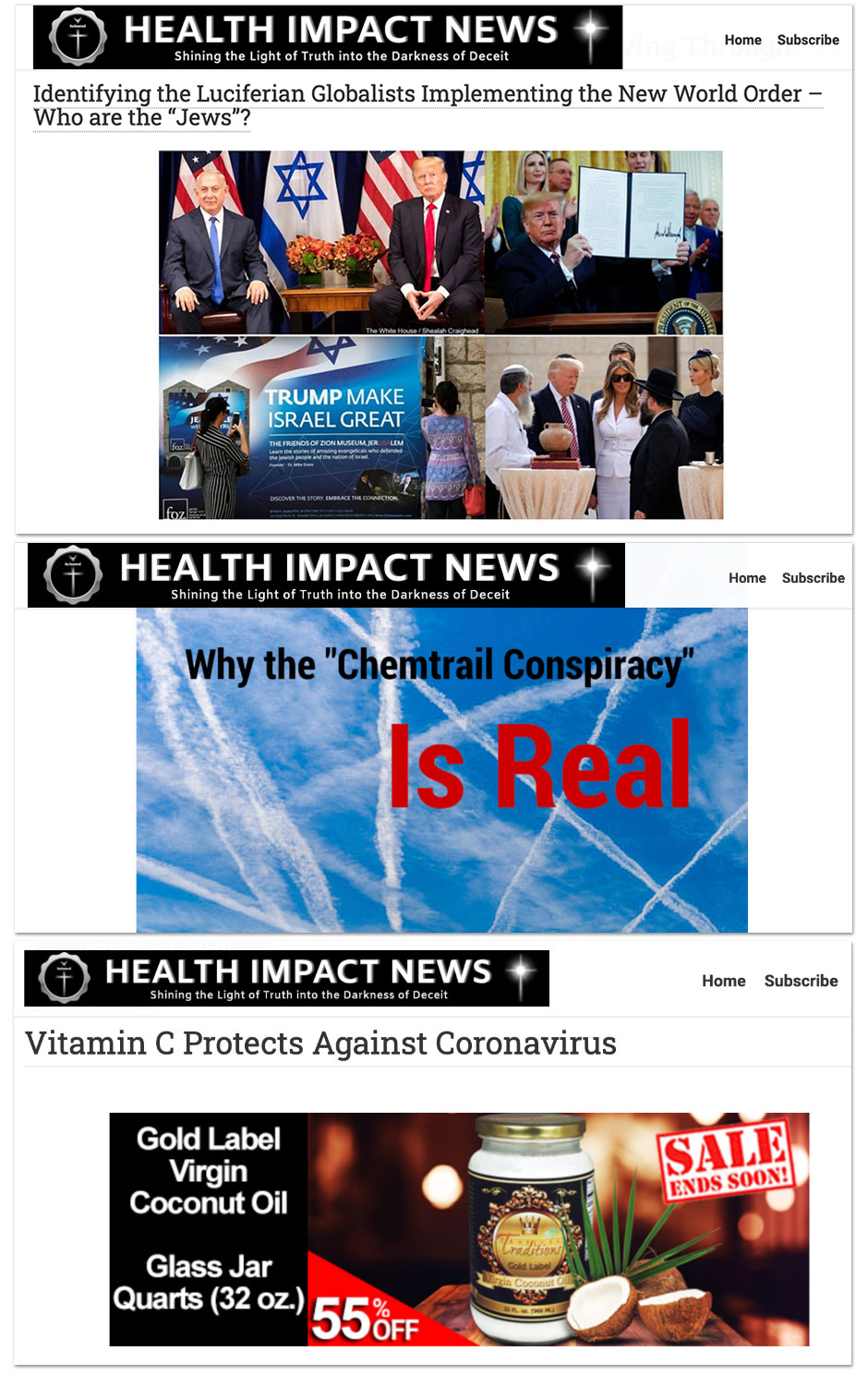 During Nicholls’ September 25 interview with Rebel Media, Nicholls said he felt tensions within Doug Ford’s party prior to his ouster, specifically with Teneycke.

“Initially, he was just an unelected official serving as the campaign chair back in ’18 and now in 2022,” Nicholls said. “But as I would ask questions in caucus meetings pertaining to uh decisions that the science table would be making I noticed he was really not agreeing with anything that I was saying or anything I was asking.”

Nicholls, who previously described COVID-19 vaccines as an “experimental drug,” said the “unelected” Ford advisor has “a lot of input in caucus meetings” and, pointing to his past work for the government relations firm Rubicon Strategy, suggested Teneycke is “pulling strings” on behalf of pharmaceutical companies.

“I don’t lobby for any Pharmaceutical companies and am unaware of Rubicon ever lobbying on vaccine passports,” Teneycke told PressProgress. “I’ve been on leave from Rubicon Strategy since April 2021.”

“I do attend caucus from time to time to provide updates on campaign matters as one would expect,” Teneycke added.

Nicholls claimed the province’s COVID-19 Science Advisory Table — made up of the province’s top scientists to prepare infection modelling and projections — is dominated by scientists at the University of Toronto. The University, Nicholls falsely claimed, is itself under the sway of Microsoft Windows creator Bill Gates.

“You take a look at Dr. Juni who is the chair of Science Table and then you look at the other doctors and some of the other PhDs who are on the science table and a lot of them are from the University of Toronto,” Nicholls said. “Of course, it’s no secret that that school is funded by the Bill Gates Foundation.”

Bill Gates has been the subject of multiple COVID-19 related conspiracy theories. First, these theories falsely claimed the Bill & Melinda Gates Foundation “patented” COVID-19. More recently, some have claimed the charitable foundation is skewing medical research and even that Gates is looking to “microchip” the world’s population.

While the foundation did donate to Moderna and Pfizer’s vaccine program, neither company is closely tied to Gates himself. And, in addition to there being no evidence Gates patented COVID-19, he also does not own any COVID-19 vaccine patents.

The University of Toronto is also not funded by the Bill & Melinda Gates Foundation. The school’s $3.1 billion budget has not been offset by the $127,000 grant it’s received, spread out over two years, to assist health education and response efforts in Africa and elsewhere.

Nicholls says at least one member of the PC caucus offered to help him out during his ordeal — house leader Paul Calandra allegedly told him: “I might be able to fend this off for the time being.”

Neither Nicholls nor Calandra responded to requests for comment from PressProgress.

Correction: An earlier version of this story mistakenly referenced Rick Nicholls by the name of “Rob.”