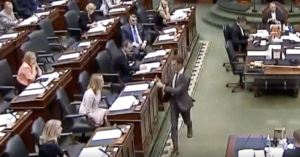 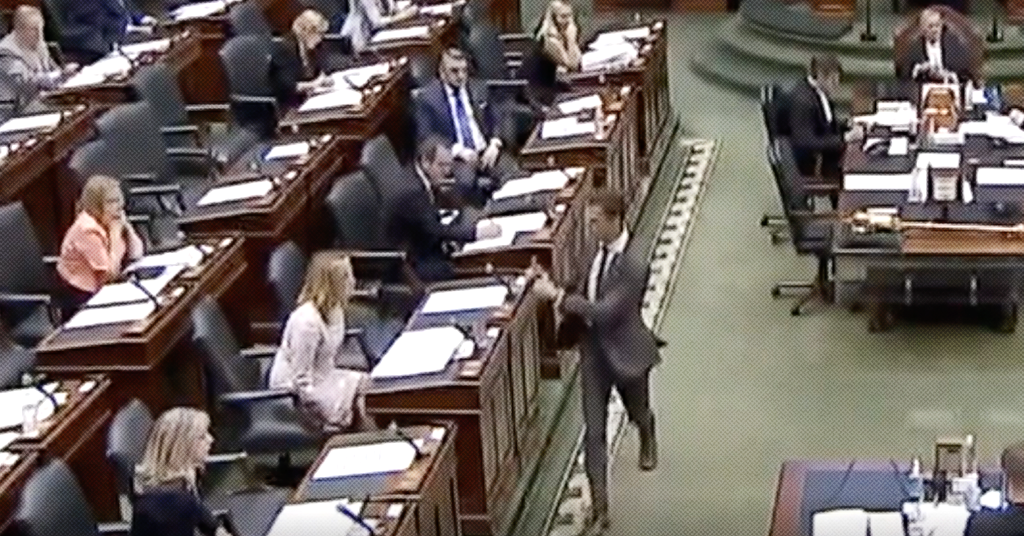 Ontario PC MPP Sam Oosterhoff gave his Health Minister a friendly thumbs up only moments after hearing some health workers are dying because they can’t access personal protective equipment.

Singh shared stories about a long-term care home worker who died after raising concerns about PPEs, a personal support worker who was forced to wear “dollar store masks” on the job, as well as 10 Toronto-area taxi drivers who recently died from COVID-19.

Health Minister Christine Elliott conceded some healthcare workers are still not getting the protection they need.

“There may be situations, where in some healthcare situations, perhaps the supervision there didn’t allow people to have access to it,” Elliott acknowledged. “That is an entirely different issue from whether there was PPE or not.” 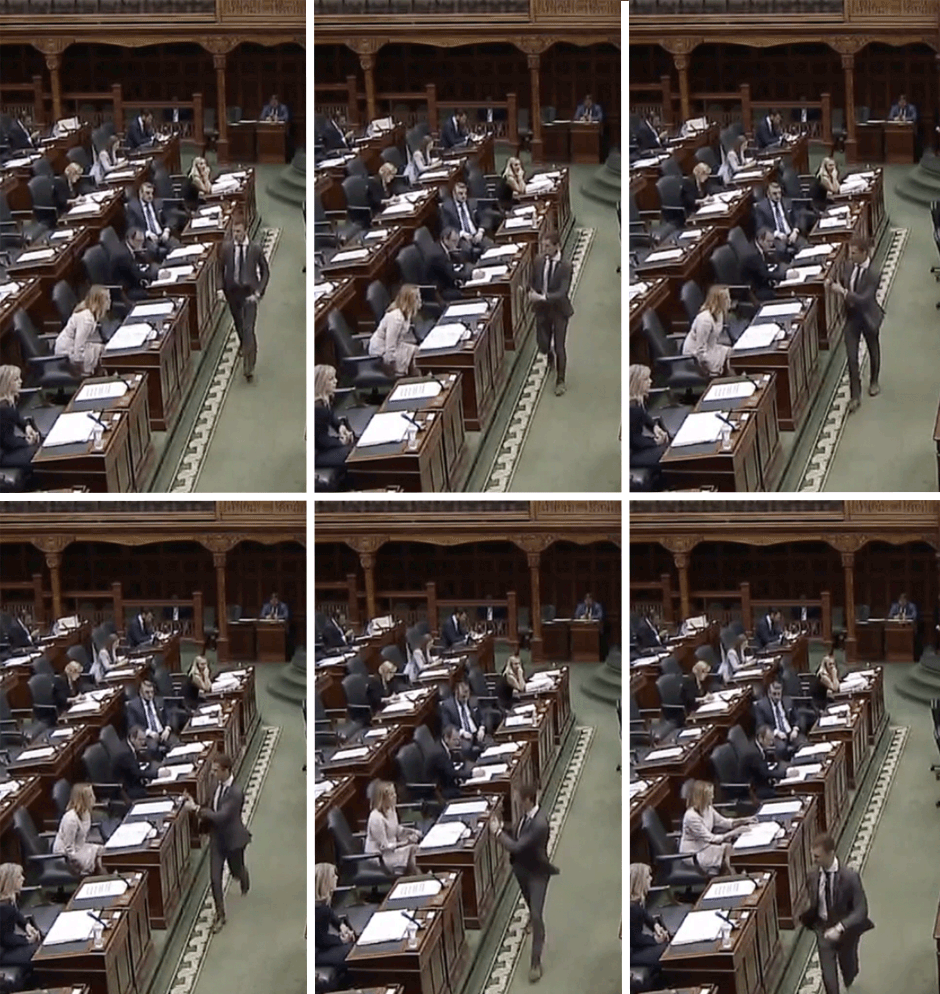 As Elliott finished speaking, video from the Ontario Legislative Assembly shows Oosterhoff walked across the chamber, turned towards the government benches, extended both arms and gave the Health Minister an energetic thumbs up.

The video shows Elliott did not reciprocate Oosterhoff’s cheerful hand gestures and instead looked down at her notes.

Oosterhoff, who is the Parliamentary Assistant to the Minister of Education, did not respond to multiple requests for comment from PressProgress seeking clarification about what message his thumb’s up gesture was attempting to communicate.

The report noted many long-term care home workers had trouble accessing PPE, in some cases, due to a “culture of fear to use supplies because they cost money.”

The reports findings echo disturbing allegations contained in sworn affidavits from legal actions against a number of for-profit long-term care homes brought forward by SEIU Healthcare and the Ontario Nurses Association in April.