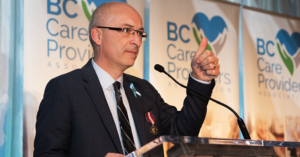 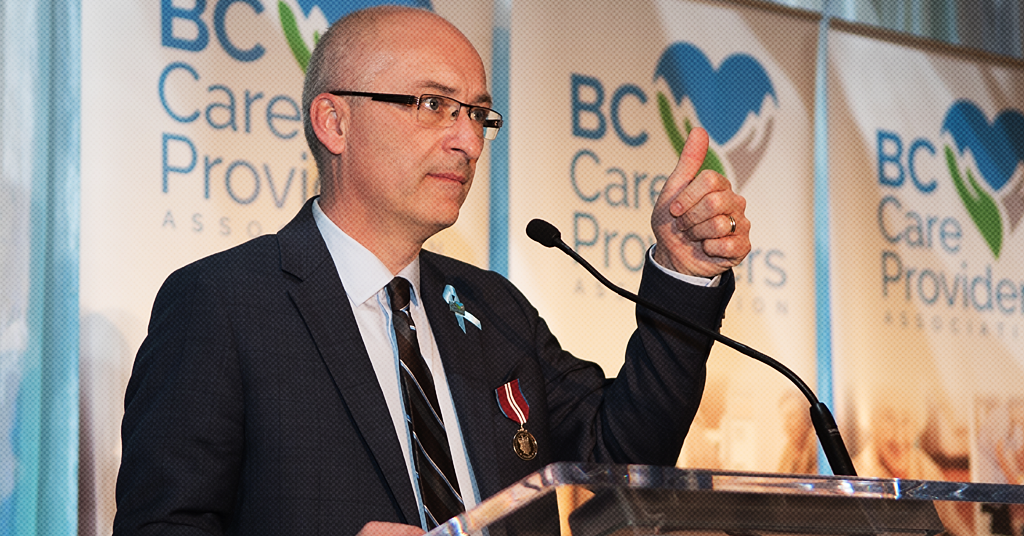 Daniel Fontaine, an anti-union right-wing political insider, is trying to pull a fast one on voters in New Westminster by tricking people into believing he’s “progressive.”

The CEO of BC Care Providers, a group representing the private retirement home industry in British Columbia, announced he would run for New Westminster City Council in April under a freshly branded party calling itself the “New Westminster Progressive Electors Coalition.” or New West Progressives for short.

And although he promises to “bring some new ideas” to city council, Fontaine is actually a longtime insider with Vancouver’s Non-Partisan Association, a right-wing municipal party. In fact, Fontaine is the former chief of staff for Sam Sullivan, a former NPA mayor of Vancouver who is currently a sitting BC Liberal MLA. 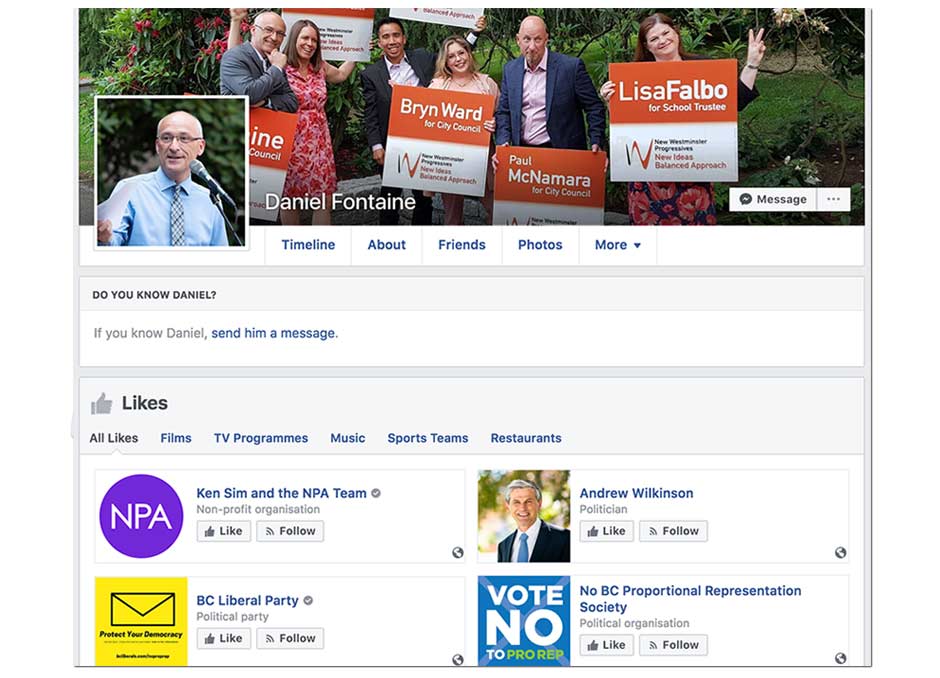 According to the local newspaper, residents are now complaining that they’ve been duped into supporting a right-wing municipal party when, in fact, they believed they were supporting a progressive one.

It’s not surprising a right-winger like Fontaine would pretend to be progressive – New Westminster is one of BC’s most progressive cities, and repeatedly elects progressive representatives at the local, provincial, and federal levels.

A couple of random pics! My new progressive tattoo and the official @NWProgressives cat Felix who has all the right colour combo! pic.twitter.com/DmZ7WeYn2j

However, even a quick glance at Fontaine’s track-record raises serious red flags about his “progressive” credentials.

While he was serving a right-wing mayor, Fontaine oversaw one of the most prolonged civic labour disputes in the Vancouver’s recent history.

In 2007, Vancouver city service staff went on strike over pay and conditions. Instead of negotiating in good faith with city employees, the NPA administration acted in a manner that was denounced by unions as “intransigent” and “disrespectful.”

After leaving city hall, Fontaine published articles in Vancouver 24 Hours, calling for a 0% pay increase for civic employees and calling on politicians to “put a lid on labour costs in this new collective agreement” because he’s not an “automated teller machine.”

Fontaine’s old blog from several years ago also reveals his “progressive” thinking on key issues of the day – here are a few excerpts:

• On giving low-income families coupons for the farmer’s market: “The program … provides 60 young parents (mostly young moms) with $15 coupons to buy products sold at the market. The hope is they will use those funds to buy locally grown produce and increase their nutritional intake … As much as the program sounds beneficial, I have to ask why the City of New Westminster feels it is their responsibility to be funding these types of programs with scarce property tax dollars.”

• On the Occupy movement: “After a few weeks of tents, bongos, dancing, meditation and overflowing porta-potties on the front lawn of the Art Gallery, I suspect the general public might get a tad frustrated.”

A few other notable blog posts fantasize about how good it would be if someone like John Furlong or Rob Ford were mayor of Vancouver – you know, “progressives.”

Since embarking on his latest political venture, Fontaine has received the backing of key members of the right-wing NPA’s old-guard, including outgoing city councillor George Affleck, who claimed Fontaine has a “ton of experience in local governance.”

Anybody who lives in New West should be pleased to see a person like Daniel Fontaine @FontaineNW running. He’s got a ton of experience in local governance. #newwestpoli https://t.co/woDy68V9Xl

Fontaine has also been busy accusing some of his opponents of using loopholes to get around BC’s campaign finance laws.

However, Fontaine conveniently forgot to mention that his old boss Sam Sullivan used a similar loophole in 2006 to illicitly syphon funds to the NPA.

While Fontaine still worked for the NPA, the party received $5,000 from the Nanitch Policy Society, a shadowy non-profit founded and directed by Sullivan, allowing the NPA to mask the original source of some of its campaign donations.

It all sounds very, very “progressive,” doesn’t it?